You are in : All News > Saffron extract may help prevent depression in teens, study shows 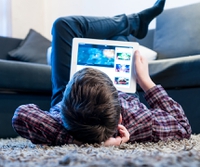 07 Mar 2018 --- Depressed teenagers treated with saffron extract showed improvements in symptoms, according to a study published in The Journal of Affective Disorders. The study had positive effects although it is needed to “replicate these studies to confirm our initial positive findings,” says Adrian Lopresti, Senior Research Administrator at Murdoch University. Saffron is most commonly known as an expensive, golden-hued ingredient mostly used in cooking. However, it has been traditionally used as a treatment for depression in Iran.

Lopresti tells NutritionInsight how teenagers can experience depression differently than adults, especially in terms of “increased withdrawal and reduced interaction with peers, irritability, drug use, and at times engagement in risky/dangerous behaviors.” These factors make a study focusing on teenagers exclusively particularly important.

Results from 80 volunteers between 12-16 years old with mild to moderate depression symptoms were analyzed. The administration of the standardised form of saffron extract (crocus sativus) – Affron, manufactured by Pharmative – for eight weeks improved anxiety and depressive symptoms in the volunteers, at least from the perspective of the adolescent.

Affron has previously shown positive mood effects in adults, but this study is the first that points to its potency in teenagers mood.

However, the study has some limitations. For example, a self-report system was used and the beneficial effects self-reported by the teenagers were inconsistently corroborated by parents.

“What is important to note is that parents did report positive improvements in their child’s mood while taking saffron (overall 40 per cent reduction in depressive and anxious symptoms), however, it seems that they were also more susceptible to the ‘placebo effect’ as, on the whole, they reported an average 26 percent reduction in their child if they were taking a placebo,” Lopresti clarifies.

“Further research with teens and even younger children will be important. We need to replicate these studies to confirm our initial positive findings. It is also important in future research to identify optimal treatment dosages of saffron.”

“What we don’t know is if positive findings would occur with different saffron extracts (quality can vary significantly), or if we would get even better changes if we increased the dose with non-responders. We are also about to start a study investigating the effects of saffron as an add-on to antidepressant medications. Does taking saffron and a pharmaceutical antidepressant work better than and antidepressant alone. Stay tuned. I hope to have the results next year,” says Lopresti.

The Western study of traditional ingredients that have been utilized in Eastern traditions for mood and brain health is nothing new. The exciting benefits of tumeric is just one example.

The potential ability of saffron to increase neurotransmitters in the brain is leading research in its direction.

One of the identified causes of depression is the reduction of certain neurotransmitters in the brain that are related to mood. There are namely serotonin, norepinephrine and dopamine.

"It increases neurotransmitter levels, normalizes our stress response, is a powerful antioxidant and anti-inflammatory, and may even increase proteins linked with enhanced neuroplasticity," adds Lopresti.

Many of the antidepressants currently used are selective inhibitors of the reuptake of these neurotransmitters, but these drugs have adverse side effects associated.
Therefore, the search for natural ingredients, which could potentially be side-effect free, is attracting scientific attention.

Past studies that have reviewed the effect of saffron intake on mood and depression have proved positive. For example, in Iran, a nine-month study of 40 patients saw half take their conventional drug alongside crocin (saffron), while the other half only took their usual medications. The participants who took the combination of crocin and drugs experienced significant reductions in their scores for depression, anxiety and their overall health status scores were higher.

Although the potency of natural ingredients may be lower than conventional drugs, the positive aspect of few side effects might make them worth trying.

In further Mood news, NutritionInsight has reported on how nuts have been found to have brain health benefits, as well as gut microbiome’s connections the degenerative conditions of Parkinson’s and Alzheimer’s and lastly, glucosamine's connection to epilepsy.

The potential for natural ingredients to benefit our brain health is exciting, and new studies are continuously opening our minds to new natural options.

Kerry has released a study assessing trends in the nutritional beverage market, revealing beauty is a top purchasing driver for consumers. An evaluation of over 10,000... Read More