You are in : All News > Mibelle unveils SaraPepp Nu in powder format to expand brain health applications 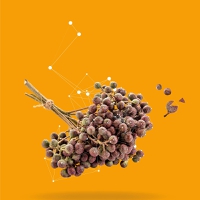 “The latest format allows us a broader positioning for the dietary supplement industry, as it is now suitable for the most common application forms with a much lower recommended daily dosage,” Dr. Torsten Grothe, head of food and health at Mibelle Group Biochemistry, tells NutritionInsight.

Improving cognitive functions
SaraPepp Nu is derived from dried timut pepper fruits – a member of the citrus family native to the Himalayas.

The ingredient has been clinically shown to provide a quick effect on concentration and working memory, as well as a long-term effect on stress resistance and overall mental performance, according to the company.

The new gum arabic-based powder ensures a high content of the alkylamide hydroxy-α-sanshool, the key ingredient in the nootropic, while decreasing the necessary dosage  sevenfold.

Click to EnlargeSaraPepp Nu is derived from dried timut pepper fruits, a member of the citrus family native to the Himalayas.The liquid version is designed for the use in softgel caps, whereas the new SaraPepp Nu pwd is ideal for hard gel caps, tablets and powder blends, which are the favored and most common application forms in the supplement industry, according to Grothe.

Due to its positive organoleptic qualities, the powder and oil-based forms of SaraPepp Nu are applicable for functional applications, such as nootropic beverages or confectionery soft chews.

Cognition is still one of the fastest-growing segments in the nutrition and health industry, with an average annual growth of 70 percent in global nootropic product launches for 2015-2019, according to Innova Market Insights.

Mibelle pegs its latest ingredient as a good candidate for the e-sports segment, which has gained increased attention in recent months as a fast-growing market.

Students, working professionals and “golden agers” are also considered as demographics for this supplement positioned to boost the brain.

Expounding on a previous ingredient
The MCT-oil-based liquid formulation of SaraPepp Nu was launched 18 months ago.

The release followed the publication of clinical data in the journal Nutrients which generated “very high interest” in the dietary supplement industry, explains Grothe.

Notably, the researchers found that the high bioavailability of the lead compound hydroxy-α-sanshoo resulted in fast effects after a single-dose. Cognitive performance was improved within one hour after intake.

“Based on the feedback from our customers we decided to develop and offer a second, powder-based version of the product,” adds Grothe.

The ingredient is available now, with the company expecting the first finished products on the marketplace in the second half of this year.

At Mibelle Biochemistry, a Swiss-based company founded in 1991, we believe that the best inspiration comes from nature. Our expertise lies in the area of research, development and production of unique, high-quality, natural actives for the nutraceutical, dietary supplement and functional food industry. Innovation is at the heart of everything we do, covering the area of “beauty from within”, anti-aging, healthy metabolism, cognition booster, hair growth, slimming and sports nutrition.

Thanks to our ingenious and solid research work, combined with data from our own in vitro and clinical studies we can support our customers with strong substantiation for all of our branded ingredients.

All our natural actives are GMO-free, vegan, produced in Switzerland and developed for the application in nutraceuticals. dietary supplements, nutricosmetics and functional food. By meeting the highest standards, using the latest technology and implementing rigorous quality procedures we can ensure that all our actives are of highest quality with guaranteed availability.

We care about nature and therefore our sustainability commitment is established in the core business and is being systematically developed further, helping our customers to improve their ecological footprint in their product.

Our natural ingredients in the Food&Health segment are unique, innovative and all supported by proprietary clinical data.

22 Jan 2019 --- Botalys, a supplier of rare plant extracts, is to launch what it describes as the most bioactive Panax ginseng powder on the market, coined HRG80. The launch is to... Read More