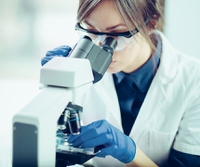 20 Apr 2018 --- Based on a global state of vitamin K2 deficiency and the strong evidence showing it is a cardio-protective nutrient, researchers recommend cheese as a component of a heart-healthy diet due to its vitamin K2 content. However, for those unable to consume enough cheese daily, NattoPharma has introduced its MenaQ7 Full Spectrum K2, which aims to deliver the range of menaquinones found in foods.

Nutrients has published a new paper, “Menaquinone Content of Cheese,” which examines the vitamin K2 content of cheeses and other foods. The analysis was conducted by researchers at VitaK, Maastricht University (the Netherlands). Vitamin K2  (menaquinone) concentrations were measured in a range of cheeses and the effects of fat content, ripening and cheese origins were investigated.

The researchers found that “cheese and curd are the most important sources of long-chain menaquinones in the Western diet. However, the actual menaquinone content varies substantially and is dependent on the type of cheese, the time of ripening, the fat content and the geographic area where the cheeses are produced.”

The findings showed that the total amount of K2 in cheese was between 3 and 802ng/g. To that end, the researchers’ recommendation for K2 is between 180-360mcg/day, which means one needs to eat at least 225/445g of French cheese a day (Münster) and at least two times more with cheese from Scandinavia.

In the past decade, increasing attention has been paid to the health benefits of the K2, notably the long-chain menaquinones MK-6 through MK-9. This research adds to important population-based studies that have shown that food-derived vitamin K (such as from cheeses) improves long-term cardiovascular health outcomes because it more specifically delivers the spectrum of long-chain menaquinones.

While fermented cheeses are the best dietary source of menaquinones in the West, most cannot consume enough daily to obtain optimal amounts of vitamin K2, nor is cheese a practical source for extracting the menaquinones, researchers note. To that end, NattoPharma has introduced MenaQ7 Full Spectrum K2, which delivers the range of menaquinones found in foods.

“We have a rapidly growing portfolio of scientific evidence showing the mechanism of action (MOA) and efficacy specific to bone and cardiovascular health in various population groups (both healthy and patient populations, adult and child). Consumers’ preferences of how they may want to take their supplements may change, but what they need to rely on and trust in is that what is promised to them is being delivered,” Anderson notes.

Speaking on further avenues for R&D, Anderson tells NutritionInsight that NattoPharma has received a grant from The Norwegian Research Council funding a four-year study to document the effects of calcium metabolism in the body based on the presence or absence of vitamin K2, MK-7 (using MenaQ7). The research team is studying the utilization of calcium in preclinical models for postmenopausal bone loss to determine how supplemental calcium is metabolized in the presence or absence of supplemental MK-7.

“In addition, there are currently 18 recognized K-dependent proteins in the body that, when activated, help the body operate optimally. Aging causes proteins to slow down productivity (or become ‘uncarboxylated’), leading to systemic degradation. MenaQ7 specifically has been shown to carboxylate, or activate, two key proteins – osteocalcin and Matrix Gla Protein (MGP) – which can stave off aging of the skeleton and cardiovascular system,” he adds.

25 Jun 2020 --- NattoPharma is partnering with KD Nutra – a KD Pharma Group company – to develop a new ingredient for cardiovascular (CV) health. The product will... Read More