You are in : All News > Limit sugar intake, concludes EFSA’s draft safety opinion

23 Jul 2021 --- The European Food Safety Authority (EFSA) has published its draft opinion on the safety of dietary sugars, which confirms various links between the intake of different categories of sugars and the risk of developing chronic metabolic diseases and dental caries.

A public consultation will now run until the end of September, with interested parties from the scientific community and industry encouraged to weigh in.

“All scientific comments received during the public consultation will be taken into account to finalize the opinion and will be considered in their scientific merit,” Silvia Valtueña, senior scientific officer in EFSA’s nutrition unit, tells NutritionInsight. EFSA examined multiple categories of sugars.

However, the draft opinion does contain several recommendations for research to inform the possible setting of an upper limit (UL) for dietary sugars in the future.

The draft stems from a request from Denmark, Finland, Iceland, Norway and Sweden to update a 2010 assessment of sugar.

Linda Granlund, director of the division for prevention and public health, Norwegian Directorate of Health, says: “We will use the extensive scientific findings to update our national food-based dietary guidelines once the opinion is finalized.”

She also encourages nutrition experts in Norway and beyond to comment on this draft to assist EFSA’s scientists.

Limiting added and free sugars
The requester countries specifically asked if it would be possible to set a UL, or a science-based cut-off point for total dietary sugars, below which consumption would not cause health problems.

However, EFSA has provisionally concluded it is not possible to set such a threshold. This is because all the “dose-response” relationships (between intake of sugars and risk of adverse health effects) were positive and linear. This means that the higher the sugar intake, the greater the risk of adverse effects.

Therefore, the scientific evidence supports recommendations in Europe to limit the intake of added and free sugars.

The draft opinion also contains extensive scientific advice on the relationship between the intake of different categories of sugars and their sources, as well as the risk of developing chronic metabolic diseases, pregnancy-related conditions and dental caries. 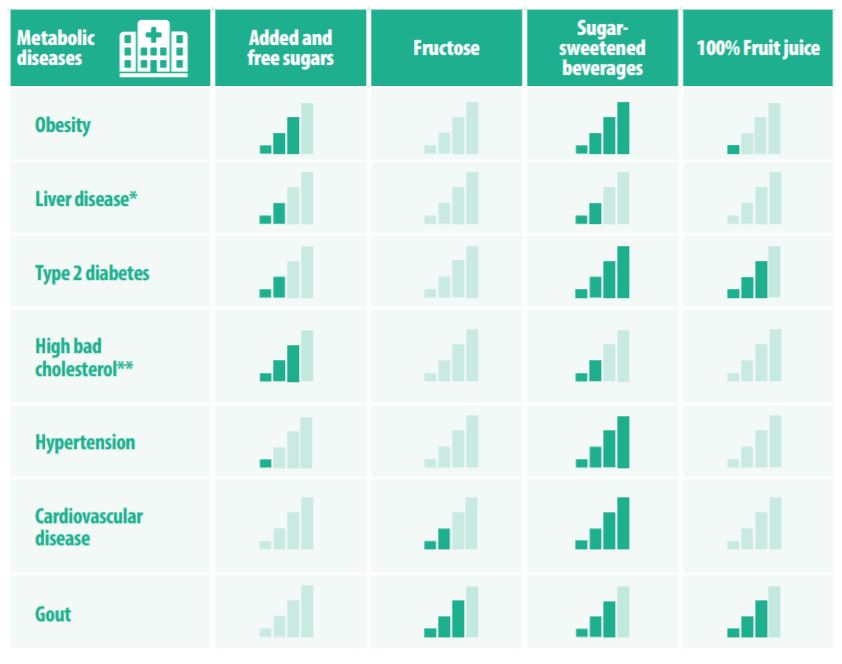 Industry assesses conclusions
Some movers in the sugar industry have already confirmed they will be sharing their opinion. The European Association of Sugar Manufacturers (CEFS) will now look into how EFSA has taken into account available scientific studies and how they – on this basis – have reached conclusions.

“We will also pay attention to how the conclusions with regard to sugars are put into context and how the other risk factors to the various assessed endpoints are referred to in the draft opinion. This is important for a proper understanding of the scientific advice and any actions derived from it,” states the organization.

A CEFS spokesperson also tells NutritionInsight that safety is not an issue for the sucrose that CEFS members produce from EU sugar beet. “Sugar is a standardized product and is strictly regulated by an EU directive.”

Meanwhile, Germany’s sugar association, WVZ, says it will focus on how EFSA assesses the current scientific data situation and on what basis the assessment is based.

It will also examine the extent to which EFSA has placed sugar consumption in the context of overall nutrition.

“In this context, it is relevant whether other risk factors were also included in the assessment. This is crucial for the conclusions that can ultimately be drawn from the final version of the EFSA opinion,” states the association.

A major undertaking
EFSA’s draft opinion is the result of evaluating over 30,000 publications. “The literature was scrutinized to identify eligible studies linking intake of sugars and risk of chronic metabolic diseases, pregnancy-related effects and dental caries,” explains Valtueña.

Some 120 key studies were identified as pertinent to the assessment. In addition, the challenges were related to the complexity of the exposure (different categories of sugars and their sources), and the high number of diseases to be assessed, which are also interrelated.

Valtueña explains that the mechanisms by which dietary sugars can cause dental caries are well known.

“Dietary sugars diffuse into the dental plaque where they are metabolized by plaque microorganisms to organic acids (mostly lactic acid). These diffuse into the enamel, causing sub-surface demineralization and initiating the caries process.”

“Obesity is a well-established risk factor for several chronic metabolic diseases. There also specific mechanisms by which sugars could increase blood glucose and blood lipids, and by which fructose increases uric acid levels.”

Sugar reduction has been a major theme over the last year, with Innova Market Insights revealing that 91 percent of consumers are “at least a little” influenced by sugar reduction claims.