You are in : All News > Lallemand’s probiotics may prevent adult anxiety stemming from stressful infancies, finds study

17 Nov 2020 --- Lallemand’s probiotic blend, Lacidofil, may help reduce a predisposition to anxiety caused by early life stress, according to a study on rodents published in Behaviour Research and Therapy. The research builds on a body of findings that show infantile stress predisposes individuals to higher levels of anxiety during adulthood.

Previous studies show that any disruption to the brain or gut during childhood development is correlated with symptoms of anxiety or outright anxiety disorders later in life.

The concept is usually used in memory development analysis, but now it has been related to researchers the effects of early life stress.

Probiotics may be able to mitigate conditioned fear patterns more effectively when supplemented early in life.

Lingrand says that trials on humans may be a possibility in the future.

“Clinical studies would be an interesting next step to dig deeper into the subject of adulthood anxiety driven by early-life stress – and on the role a probiotic formula such as Lacidofil could play in overcoming these issues.” 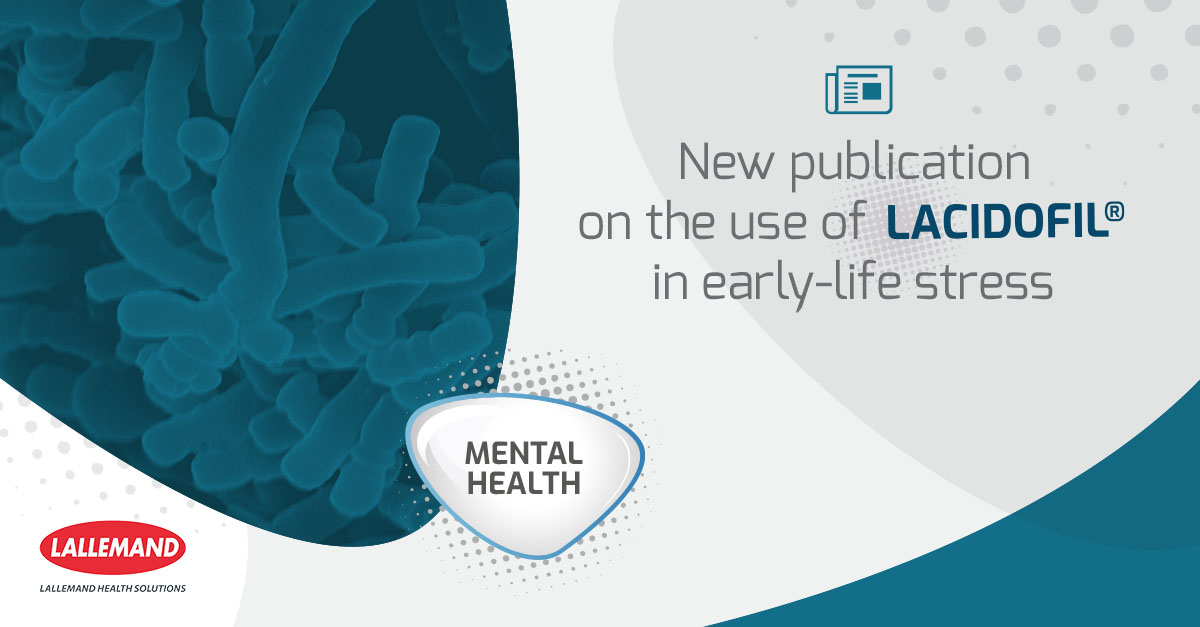 Lacidofil shows early signs it could be used to combat anxiety caused by early life stress.Lacidofil’s impact on rats
Over four separate experiments, researchers found that administering Lacidofil – a combination of L. rhamnosus Rosell-11 and L. helveticus Rosell-52 – to rats can offset the impact of infantile stress.

The researchers first conditioned rats to associate an electric shock with a white noise stimulus and then tested the memory of the association around one week later to assess infantile amnesia.

In the first experiment, rats that expressed a better memory of the shock association emitted more vocalizations – which are indicative of higher stress levels – when separated from their mothers in early infancy. This indicates a loss of infantile amnesia.

In the second and third experiments, the rats showed higher level signs of conditioned fear and anxiety-like behavior in adulthood, respectively, Which indicated again a decrease in infantile amnesia.

In the fourth and final experiment, these symptoms were shown to be reduced by administering probiotics early in a rat’s life. This, however, did not work when administered to the animal during its adulthood.

The findings show that where early life stress – like separation from a parent – is recalled by an infant, the chances of anxiety occurring later in life can be lessened with the use of probiotics – if given at the right stage of development.

Lingrand says that these experiments are a promising first step.

“They provide a preliminary rationale for the use of specific probiotics to prevent or reduce the negative impact of the early offset of infantile amnesia,” she says.

Industry is innovating a plethora of ways to support children’s immune systems during the COVID-19 pandemic, especially with the use of probiotics.

There is no relationship between improved vaginal flora and probiotics for fertility treatment preparations and overall vaginal bacterial imbalance, a study by The... Read More

Psilocybin, the psychedelic compound found in magic mushrooms, may have therapeutic effects on the brain and could help people suffering from depression, a UK study has... Read More