You are in : All News > Korean Ginseng Corporation sheds light on international market “transformations” amid youth-driven demand 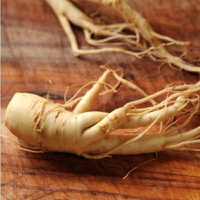 25 Jan 2022 --- Southeast Asian countries including Vietnam, Malaysia and Singapore showed the most growth in ginseng sales last year, especially among youthful consumers, according to the Korean Ginseng Corporation (KGC). It has unveiled a world map of its bestselling products containing its subsidiary CheongKwanJang’s red ginseng ingredient.

The “World Map of Red Ginseng” identifies the top nine overseas markets for its products as China, Japan, Vietnam, Malaysia, Singapore, Australia, Russia, the US and the Middle East.

KGC chalks up the success of the ingredient to a growing consciousness of health, in addition to a global interest in Korean culture and K-dramas among younger consumers.

One of the most popular KGC products within Asia and across the globe was “Everytime,” a portable red ginseng sticks that can be diluted into water or eaten straight from the tube. 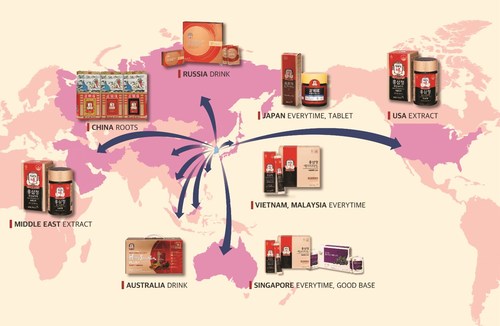 Korean Ginseng Company says a rise in eCommerce as a result of the COVID-19 pandemic also boosted products sales.

An “ancestral gift”
Using red ginseng for its medicinal benefits has long been a tradition in Korean culture, explains Kim Nae-soo, a KGC spokesperson.

"Red ginseng is a cultural pride of Korea with a significant legacy passed down by our ancestors," said Kim.

In Chinese culture, ginseng is also traditionally used for medicinal purposes and is a common gift for elderly family members during New Years’ celebrations throughout Asia. Sales in January and February, for example, account for more than 20% of KGC’s annual sales in China.

The company said mainland China emerged as the top country based on last year’s sales of KGC’s Korean red ginseng roots, an ingredient thought to support liver health in consumers.

KGC’s Red Ginseng Tablet supplement also rose in demand, especially within Vietnam, where it was the second-best selling product.

Transforming markets
KGC says red ginseng is a common gift for the elderly in Taiwan and Hong Kong, based on the ingredient’s perceived health benefits.The company is expanding its points of sales to include large online retailers like Tmall, Amazon, Lazada and Shopee.

KGC says the introduction of its Everytime red ginseng has helped to “transform” the market for the ingredient by offering a cheaper and more convenient product for consumers. While in the past, red ginseng was marketed toward elders, KGC has started to focus its marketing of the more affordable herbal concentrate around young office workers in their 30s.

Other major markets
Hong Konghas traditionally been known as a “ginseng hub,” for its imports of Korean ginseng. In addition to Everytime, KGC says that pomegranate and Aronia beverage sticks containing red ginseng have become popular there.

On the Australian market, the company’s Hong Sam Wong product, a caffeine-free red ginseng drink, was the most popular, especially for local women over the age of 40.

In the US, the largest market for red ginseng products outside of Asia, consumers preferred to purchase KGC’s red ginseng extract, which is popular among middle-aged US consumers of Korean descent. KGC’s subsidiary is currently planning to set up more than 30 physical stores across the US.

Last year, CheongKwanJang opened an experimental store called the Ginseng Museum Cafe in Manhattan, New York. In the store, those who were unfamiliar with red ginseng products could experience the ingredient and learn about the history and effects of Korean ginseng.

This week in nutrition news, Lonza and Israel Biotech Fund (IBF) have partnered for a two-year agreement to support Israeli-based companies with biologics and small... Read More

In light of World Hunger Day, DSM has pledged to reach 800 million people with improved nutrition, including fortified staples such as rice, edible oil, flour and public... Read More