You are in : All News > Jiaherb “adopts” rhodiola through American Botanical Council program 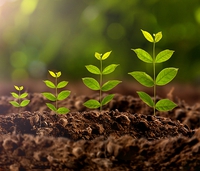 14 Jul 2017 --- The American Botanical Council (ABC) has recognized the adoption of rhodiola (Rhodiola rosea) by Jiaherb Inc., a manufacturer and supplier of natural and botanical ingredients based in Pine Brook, New Jersey, through ABC’s Adopt-an-Herb Program. Through its adoption, Jiaherb helps ABC expand its nonprofit educational mission and keep its unique HerbMedPro database updated with the latest scientific and clinical research on this traditionally used medicinal plant.

HerbMedPro is an interactive online database that provides access to important scientific and clinical research data on the uses and health effects of approximately 250 medicinal and aromatic plants.

“By supporting the Adopt-an-Herb Program, we will be working together with ABC to do further research on the benefits of this increasingly popular botanical,” says Scott Chen, President of Jiaherb. “This will help to educate the global herb community, including the botanical industry, about rhodiola, rhodiola’s traditional use, current applications and sustainable development.”

“ABC is deeply grateful to Jiaherb for its generous support of ABC’s nonprofit educational mission via their adoption of Rhodiola rosea,” says Mark Blumenthal, founder and executive director of ABC. “There is increasing research and market interest in this adaptogenic root and its extracts, and ABC will be able to stay current with the scientific and clinical research on this important herb due to Jiaherb’s adoption.”

Chen notes that sustainability concerns for Rhodiola rosea have made research and conservation efforts particularly important.

“In recent years, the sources of rhodiola have started to slowly diminish,” he says. “It is time for us to shift our attention to the sustainability of this naturally grown herb and its scientific use and benefits. We need to develop a sustainable future for rhodiola that will protect it from overharvesting, and to implement a solution that will protect the species from extinction.”

Rhodiola, also known as golden root, arctic root, and roseroot, grows naturally at high altitudes and in arctic regions of Europe, North America and Asia. Although it has long been used in traditional medicine for several disorders, it is mostly known as an adaptogenic herb used to help prevent and treat stress, mental and physical fatigue, depression and to boost energy.

In Russia and Scandinavia, rhodiola has been used for centuries to cope with the cold Siberian climate and stressful life. It is also used to increase physical endurance and resistance to altitude sickness. The plant has been used in traditional Chinese medicine, where it is called hong jing tian. Scientists have identified about 140 chemical compounds in the roots of rhodiola, including phenols, rosavin, rosin, rosarin, organic acids, terpenoids, phenolcarbonic acids and derivatives thereof, and flavonoids.

Jiaherb is one of 45 companies that have supported ABC’s educational efforts to collect, organize and disseminate reliable, traditional, science-based and clinical information on herbs, medicinal plants and other botanical- and fungal-based ingredients through the Adopt-an-Herb Program.

This program encourages companies, organizations, and individuals to “adopt” one or more specific herbs for inclusion and ongoing maintenance in the HerbMedPro database. To date, 50 herbs have been adopted.

As consumers become more health conscious, the sports nutrition industry is tapping into multi-functional ingredients and innovative delivery formats to cater to all age... Read More

Let’s get it on: Pharmactive Biotech’s damiana extract delivers sexual enhancement across genders

Spain-based Pharmactive Biotech is unveiling a novel 100% damiana extract from the plant Turnera diffusa for sexual enhancement for both men and women. According to a... Read More