You are in : All News > Is keto a no no? Trending diet leads to increased risk of diabetes, suggests animal study

Is keto a no no? Trending diet leads to increased risk of diabetes, suggests animal study 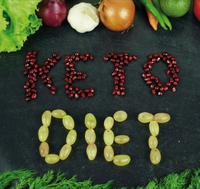 09 Aug 2018 --- Trending ketogenic diets, which are low carbohydrate high fat eating plans that are known to lead to weight loss, may cause an increased risk of Type 2 diabetes in the early stage of the diet, according to new research published in The Journal of Physiology. Zurich-based researchers showed that even though ketogenic diet fed animals appear healthy in the fasted state, they exhibit decreased glucose tolerance to a greater extent than high carbohydrate, high fat, western style diet (HFD) fed animals.

“Furthermore, we show that this effect stems from blunted suppression of hepatic glucose production by insulin, rather than impaired glucose clearance and tissue glucose uptake. These data suggest that early effects of HFD consumption on endogenous glucose production may be part of a normal physiological response to increased lipid intake and oxidation and that systemic insulin resistance results from the addition of dietary glucose to EGP-derived glucose,” the paper notes. 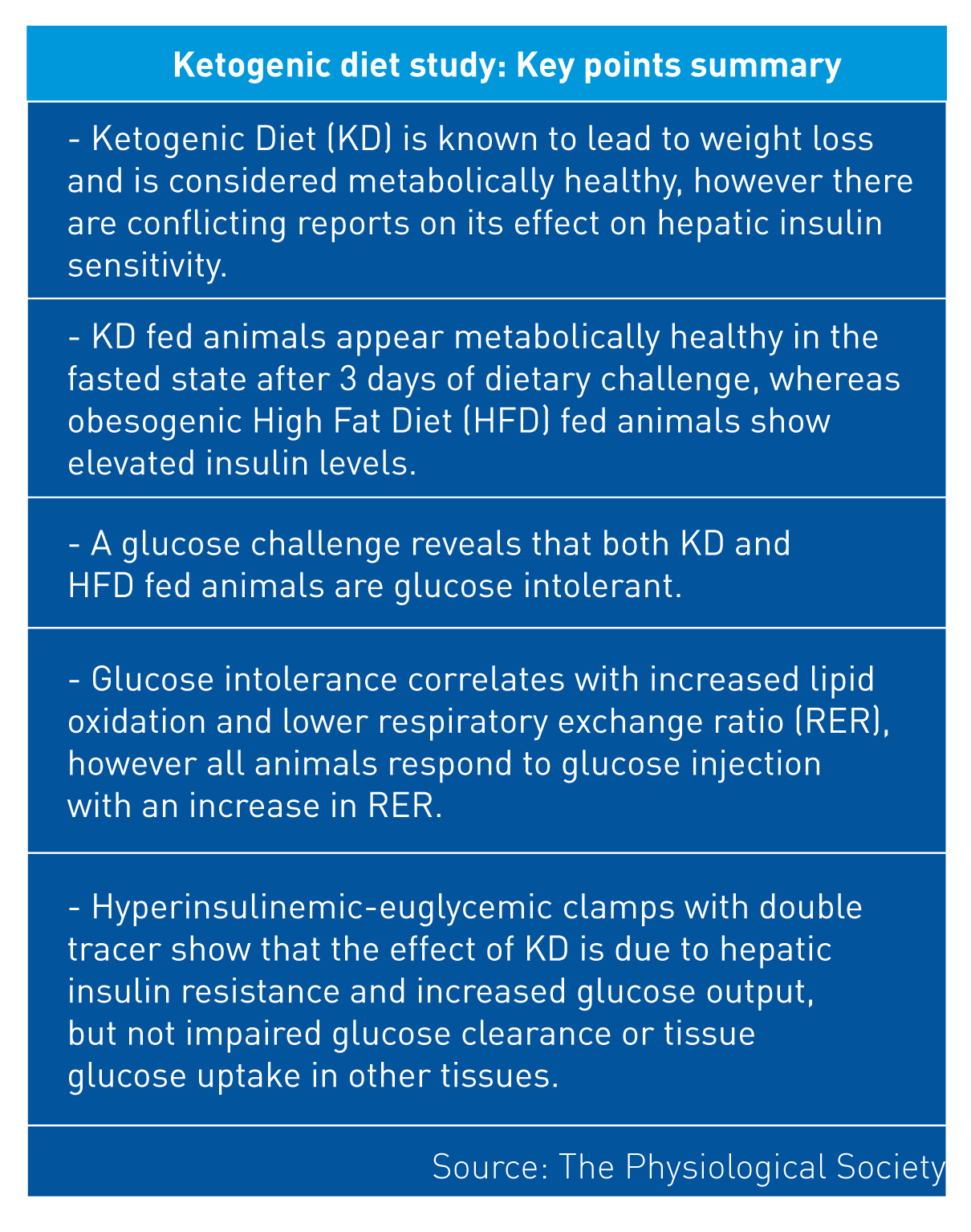 The study, which was conducted by ETH Zurich in conjunction with University Children’s Hospital Zurich, involved feeding mice two different types of diet (a ketogenic diet and a high-fat diet, which causes the liver to become resistant to insulin) and then performing standard metabolic tests on them. Using specialized procedures the researchers were able to determine the effects of internal sugar production from the animal (mostly the liver), and sugar uptake into tissues (mostly the muscle), during insulin action.

Type 2 diabetes is one of the most pressing challenges of our time and its ultimate cause has not been fully understood. Ketogenic diets, which are low in carbohydrate and high in fat, are known to lead to weight loss and have been considered to be healthy. These findings raise new questions about ketogenic diets and whether or not they are actually healthy, however.

Co-author Christian Wolfrum acknowledged the limitations of a mouse study but noted that human trials can be expected soon. “It is clear that mouse studies can only be used to infer the follow-up studies in humans, therefore drawing any conclusions on how short-term ketogenic feeding affects humans needs to wait until we have conducted some human experiments. This is also the plan for the future and we should be able to realize this quite quickly,” Wolfrum tells NutritionInsight.

When asked about whether he was concerned about the heavy recent marketing around ketogenic diets, Wolfrum stressed: “It should be noted that even the long-term benefits of a ketogenic diet have been questioned in some studies, however, I don’t think concern is warranted at the moment.”

“In general, I am an advocate of a balanced diet to avoid any type of malnutrition which can arise from limiting food sources,” he adds.

It is important to note that the research did not analyze whether the diet employed causes obesity if given long-term. The mechanism behind the whole process was undetermined; therefore, the existence of a shared physiological response between low carb and regular carb high-fat diets that cause insulin resistance in the liver requires further exploration.

Wolfrum notes: “Diabetes is one of the biggest health issues we face. Although ketogenic diets are known to be healthy, our findings indicate that there may be an increased risk of insulin resistance with this type of diet that may lead to Type 2 diabetes. The next step is to try to identify the mechanism for this effect and to address whether this is a physiological adaptation. Our hypothesis is that when fatty acids are metabolized, their products might have important signaling roles to play in the brain.”

Ketogenic diets, which are also based on a low carb base, have surged in recent months. They function as a high-fat, adequate-protein, low-carbohydrate diet that that forces the body to burn fats rather than carbohydrates. An article in the latest issue of The World of Food Ingredients looks at this and other trending weight management strategies, with the views of several dieticians.

“Keto is very popular right now. However, the diet does not have proven benefits for general health and wellness and it’s a challenging one to follow,” according to Dietician and Nutritionist, Sharon Palmer. “I am concerned about the elimination of many healthful foods to achieve the strict ratio of protein, carbohydrates, and fat, such as eliminating whole grains, fruits, legumes and vegetables. We know that these foods are important for health, so it would be difficult to achieve the level of nutrients you need (vitamins, minerals, fiber and phytochemicals) on a keto diet for the long term.”

“Besides, we don’t know if ketosis is a desirable state for the body to be in over a period. There are healthier ways to lose weight,” Palmer explains. “Studies show that the most effective weight loss diet is the one that you can stay on in the long-term.”

Kirsty Barrett, a Registered Dietitian and spokesperson for the British Dietetic Association (BDA), believes that the ketogenic diet is here to stay. While she accepts that evidence does suggest it does promote weight loss, it is not vastly superior to any other diets in that regard. “People probably find it easier to enjoy the foods it encourages (high fat/high protein foods) which are good at promoting satiety and it also encourages low carbohydrate vegetables which are full of fiber,” she notes.

“Paleo has shifted more towards a ketogenic diet as a lot of the foods that would be encouraged in a paleo diet are integral to a low carb diet,” Barrett concludes.