You are in : All News > Investigation backs Gnosis by Lesaffre’s K2 as MK-7 for sports nutrition and aging

“We are incredibly encouraged by the results of this study highlighting the potential of vitamin K2 as MK-7 for healthy aging, as oxidative stress is involved in several age-related conditions, such as increased cardiovascular risk, chronic kidney conditions and neurodegenerative disorders,” says Hogne Vik, Gnosis by Lesaffre’s chief medical officer.

“This contributes nicely to our already substantial body of research showing MenaQ7 is a cardio-protective nutrient and reaffirms why the medical community is interested in the ongoing study of this important nutrient for the betterment of global health.”

“While it is preliminary data, we are excited about the next steps of this important research to validate the additional health benefits and applications.” 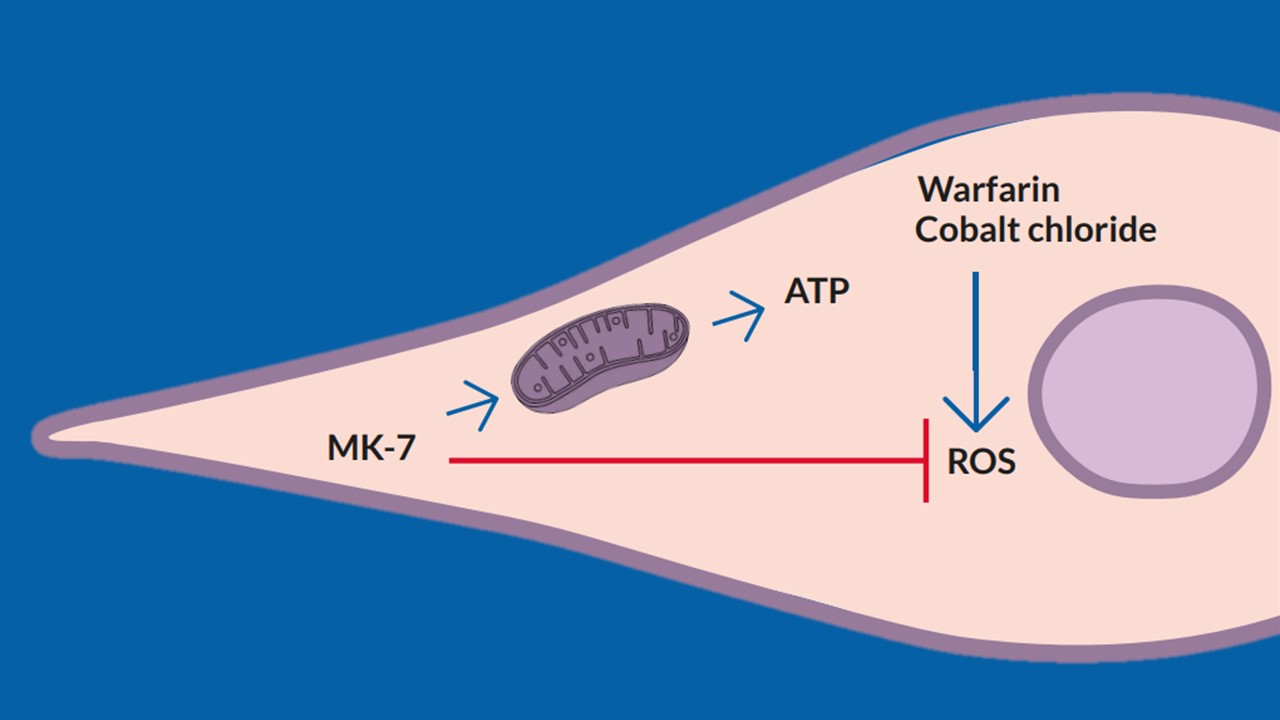 MenaQ7 was also shown to counteract intracellular oxidative stress, both under normal conditions and warfarin-induced. Additionally, the ingredient increases ATP production – even in the presence of warfarin.

“Our experiments show that in primary human SMCs, MK-7 lowers oxidative stress and EV release and increases ATP production. This pathway points to a non-canonical role of MK-7 in the prevention of vascular calcification, unrelated to its canonical role as a cofactor for the posttranslational modification of Matrix Gla protein,” state the scientists.

Building on academic partnership
The findings have now been presented as a poster at the second International Electronic Conference on Nutrients, a global event examining infection, inflammation and oxidative stress.

The poster was presented by Asim Cengiz Akbulut, department of biochemistry, CARIM, Maastricht University, with the support of his supervisor and senior author on the abstract.

NattoPharma – now operating as part of Gnosis by Lesaffre – has been working closely with Maastricht University since 2004. It notes that these findings are in line with previous research highlighting that vitamin K2 decreases oxidative stress, as well as the non-canonical role of K2 in inhibiting inflammatory markers.

In November, a review also highlighted that vitamin K2 is overlooked in cardiovascular health – published amid calls to roll out a recommended daily intake.

A study of MenaQ7 is also currently underway, which is using the highest dosage of vitamin K2 as MK-7 to date: 1 mg daily.

As we age, our bodies accumulate aging and worn out cells, called senescent cells, which contribute to many negative aspects of age-related decline. Neurohacker... Read More

Menopause medicalization may be “bothersome and unnecessary,” researchers note

According to an analysis led by the UK-based King’s College London and US and Australian universities, the “medicalization” of menopause reinforces... Read More

US-based Balchem is acquiring Norwegian Kappa Bioscience from Verdane Edda for 3.175B NOK (US$338 million – at the time of the acquisition). A definite agreement... Read More