You are in : All News > Inflation increasing vitamin A deficiency worries after study highlights Malaysia’s malnutrition woes 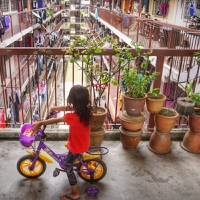 17 Aug 2022 --- Vitamin A deficiency (VAD) is prevalent in primary school children living in rural Malaysia, according to a study carried out by the country’s Palm Oil Board. Though VAD is not a serious public health issue in developed countries, it is considered a major problem in developing nations.

US-based PhytoGaia is utilizing the findings to spotlight its own CaroGaia carotene complex supplement in a bid to boost vitamin A levels.

“Due to low socioeconomic status, the main issue in rural areas is that people are unable to afford foods rich in vitamin A. Low-income nations rely more on basic foods and less on fruits, vegetables and foods derived from animals than high-income nations do,” PhytoGaia vice president, Bryan See, tells NutritionInsight.

Vitamin A can be found in meat and leafy vegetables.Inflation accelerating problems
VAD is a major cause of preventable childhood blindness globally and the most prevalent nutritional deficit worldwide. Due to insufficient vitamin A consumption or reduced availability of provitamin A, particularly carotenoids, VAD affects normal hematopoiesis, iron metabolism and immunological functions.

“The World Health Organization has classified vitamin A deficiency as a public health problem, a leading cause of preventable childhood blindness and increasing the risk of death from common childhood illnesses. Many may think this is a problem in third world countries but based on this new study, VAD is a common issue among schoolchildren in rural areas of developing countries like Malaysia,” Dr. Ariati Aris tells NutritionInsight.

A recent study described vitamin supplements as a “waste of money,” with its authors stressing that members of the public should be more focused on eating healthy and exercising.

Tackling deficiencies
The study by the Malaysian Palm Oil Board evaluated the anthropometry and blood biochemical status of 776 children aged between seven to 11 across ten rural primary schools. An anthropometric assessment considers issues such as stunting, thinness, being overweight, obesity and being underweight.

“A lack of vitamin A can cause skin issues (dry, scaly or itchy), night blindness, infertility, stunted growth and respiratory infections. If left untreated, it will increase the risk of blindness and death,” the company’s scientific affairs specialist. Naturally occurring vitamin A can be found in animal products such as beef, chicken, fish, liver, eggs and dairy,” Aris notes.

Earlier this month, researchers warned of vitamin A deficiencies across India as the nation grapples with a public health problem. Carotenoids are key for eye health.

“Supplements are not meant to replace food,” he notes. “However, as a complement to a regular diet, it can aid in preventing deficiencies.”

“One often thinks that obtaining vitamins from supplements are not as natural as foods. This is partially true – when supplements are made of synthetic ingredients. Hence, it’s always important to read and go through the label and ingredients carefully.”

ADM previously highlighted consumers now seek to know the “story” behind their product, which has given rise to the clean label trend with F&B companies striving to meet these demands.