You are in : All News > How do children want their food served? New research can offer advice

How do children want their food served? New research can offer advice

05 Sep 2018 --- Getting children to eat their food can be a challenge, but new research may be able to offer some help. Researchers at the Future Consumer Lab have found that children have different preferences for how food should be arranged on the plate to make them want to eat it, depending on gender and age.

Associate Professor Annemarie Olsen from Future Consumer Lab, at the Department of Food Science at the University of Copenhagen, says she had heard parents say that their children prefer to have their food served in a particular way, including in a specific order.

“But we do not have much evidence-based knowledge about how children sort and eat their food, which is very relevant when, for example, we want our children to eat more vegetables – or eat their food in general,” says Olsen.

“Based on this study, it seems optimal to serve and present meals in a manner that enables the child to determine what should be mixed and how. In particular, for foods that cannot be separated again after they are mixed – for example, sauce and potatoes,” Olsen tells NutritionInsight. “It also implies that particularly challenging foods (e.g., creamed spinach) may better be served in a manner that allows the child to taste it without ‘contaminating’ all other food items in the meal.”

100 children ranked food according to their preferred serving style

The researchers asked 100 schoolchildren, aged 7-8 and 12-14 years, to prioritize a list six different dishes. The dishes were photographed and served in three different ways:

From the children's prioritization of the displayed photos, the researchers could see which presentation of the food they liked.

The study shows that the younger girls (aged 7-8) prefer the separate serving style, while boys of the same age do not have a preference for how the food is arranged. Children between 12 and 14 prefer food to be either mixed or served as a mix of separate and mixed-together ingredients.

So could appropriate presentation of foods encourage children to eat more healthily? 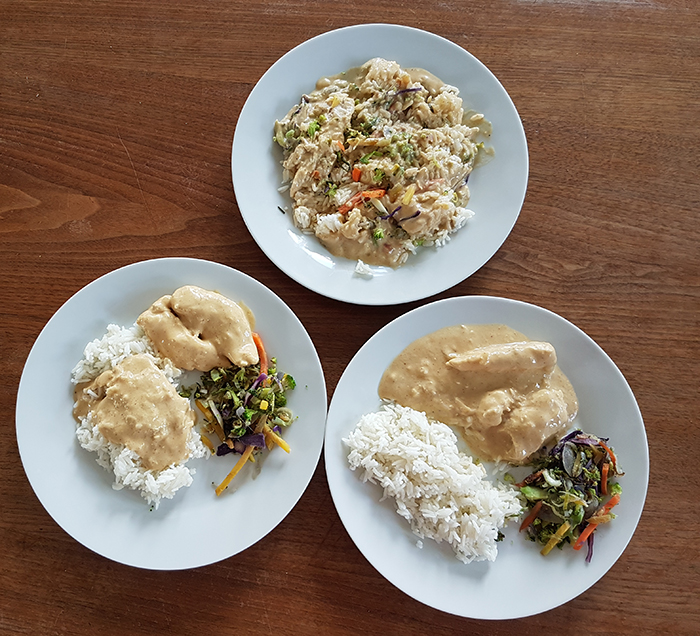 “Yes, that seems very likely with the evidence we currently have. Several studies on serving style have demonstrated that plate arrangement and even the way, for example, vegetables are presented can have a large effect on children’s preferences,” she says.

The research does not say why younger girls prefer to have their food served as separate ingredients.

“One suggestion could be that they believe that the different ingredients could contaminate each other. But it could also be that they prefer to eat the different elements in a certain order, or that the clear delineation just provides a better overview,” says Annemarie Olsen, who, based on the research, advises that you serve food separated on the plate – at least when it comes to the younger age groups.

“The child can mix the food when the various elements of the food are separated on the plate, while the reverse is not possible,” she says.

In addition to being a helping hand for parents, the research can be used to optimize meal programs in schools and meals that are delivered to pupils by external suppliers.

Olsen notes further research is to explore other aspects of serving style – and also link this to consumed amounts of food.

Scientists have uncovered a new enzyme-inhibiting process that may present opportunities to improve the nutrition profile in potatoes. A new process may make potatoes... Read More