You are in : All News > High level of dietary fiber in MGP’s Fibersym RW resistant wheat starch confirmed by study 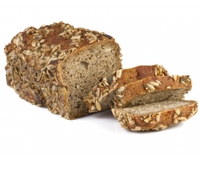 15 Nov 2017 --- Food ingredients supplier MGP’s Fibersym RW resistant wheat starch contains an “extraordinarily” high level of dietary fiber, according to results of a human dietary study recently conducted at Monash University in Melbourne, Australia. MGP notes that the study was conducted to determine what percentage of the ingredient is digestible when consumed in a meal.

The findings come after a study earlier this underscored the benefits of Fibersym RW by showing that “MGP’s Fibersym RW resistant wheat starch has outstanding functionality attributes in snacks, breakfast cereals and bread, in addition to its fiber fortification, calorie and carbohydrate reduction and other health-related benefits.”

“We are very excited about the results of this study, which further verify how Fibersym RW can deliver a number of health-related benefits when formulated in food to boost dietary fiber,” says Ody Maningat, Ph.D., Vice President of Ingredients R&D and Chief Science Officer at MGP.

Michael Buttshaw, the company’s Vice President of Ingredients Sales and Marketing, adds: “This is a fabulous development and one that clearly and certainly validates the use of Fibersym RW as a dietary fiber source. It strongly supports the findings of previous studies that have demonstrated Fibersym’s effectiveness in creating better-for-you food products.”

Resistant starch shows advantage over regular variety
Fibersym RW falls into the category of starches termed “resistant starch” because it resists digestion in the upper gastrointestinal tract, according to MGP. “The resistant fraction constitutes one type of dietary fiber, which is important to human health because of its beneficial physiological effects when it passes through the digestive system,” Dr. Maningat notes.

The dietary study in Australia was conducted with eleven healthy ileostomates, persons who had previously lost their colon surgically and had the ileum end of their small intestine brought to the surface of their abdomen.

In the study, subjects consumed an omelet/milk breakfast together with 25 grams of native (unmodified) wheat starch. The output of their small intestines was then collected and frozen over the next 24 hours.  The outputs were assayed for starch and found to contain an average of approximately 10 percent of the starch consumed.

One week later the experiment was repeated, except this time the subjects consumed an omelet/milk breakfast containing 25 grams of Fibersym RW instead of native (unmodified) wheat starch. The analysis of the ileostomy effluents from this experiment showed an average of approximately 84 percent of input starch in the output.

“In regard to fiber fortification, Fibersym RW can be added to food without changing process conditions,” states Paul Seib, Ph.D., Professor Emeritus at Kansas State University, Manhattan, US, and one of the investigators in the study. “Because Fibersym RW is indigestible, it can reduce calorie intake leading to weight loss, counter diabetes by lowering the levels of blood sugar and insulin, and improve gut health and function without bloating.”

“Fibersym RW contains approximately 84 percent in vivo dietary fiber in the form of resistant starch,” according to Dr. Maningat. He explains that dietary fiber in food is routinely determined on a laboratory bench by an in vitro assay where digestion conditions are set to mimic in vivo digestion.

Over a dozen or so in vitro assays are recognized by professional analysts. However, digestion conditions vary within the assortment of in vitro assays, causing different answers when assaying dietary fiber in a food that contains resistant starch.

“In vitro bench-top assays of dietary fiber in Fibersym RW, as a pure ingredient, can range from about 25 percent to approximately 92 percent dietary fiber depending on which in vitro assay is chosen,” Dr. Maningat says. “Our collaborative dietary study involving four entities shows that it is correct to use the Prosky assay (AOAC Method 985.29) or the Lee Method (AOAC Method 991.43) in determining the true (in vivo) dietary fiber content of Fibersym RW.”

The human clinical study at Monash University was recently published in the scientific journal Bioactive Carbohydrates and Dietary Fibre.