You are in : All News > Gnosis by Lesaffre highlights SAMe’s potential in fighting traumatic brain injury effects 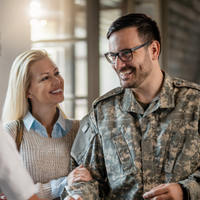 27 Jul 2021 --- S-adenosyl-L-methionine (SAMe) may help with depression, pain, fatigue and the cognition of patients with mild Traumatic Brain Injury (mTBI), according to a new review focusing on the military.

However, SAMe manufacturer Gnosis by Lesaffre – which was not directly involved with this specific review – highlights that the review suggests the compound’s usefulness can also extend to civilian populations.

“Research on SAMe continues to highlight the implications of its metabolism alterations on our brain health and on our brain’s ability to counteract negative stimuli during life.”

She points out that the authors suggest the review serves as the rationale for future open-label and double-blind placebo-controlled trials in the military to explore SAMe’s potential for mTBI. The review examined 138 articles about SAMe and disease states like depression, brain injury, dementia and pain.

An important methylating agent
SAMe is a compound produced naturally by the body and is required for proper brain functioning. It has also been shown to have benefits for the mood, liver, joints and more.

According to Gnosis by Lesaffre, the body requires quantities of SAMe that the diet cannot provide alone.

Decreased or low SAMe levels in some biological fluids and tissues are connected with altered body states such as depression.

“SAMe is the most important methylating agent and functions as a donor of methyl groups in more than a hundred different reactions.”

She continues that SAMe and methylation levels decrease with aging. Therefore, maintaining healthy levels through SAMe supplementation may support optimal neuronal health, normal cognitive function and healthy mood balance.SAMe is a naturally occurring physiological substance that is present in virtually all living cells.

Good acceptance
As an over-the-counter supplement that is recognized as generally safe, SAMe has a favorable side effect profile. Therefore, it may have better acceptance with active-duty service members compared with psychotropic medications, notes the company.

Since 2000, over 413,000 service members have sustained some level of TBI. Exposure to repetitive artillery rounds, which may total into thousands, even without clear head injury or alteration of consciousness, may be a risk factor for the development of TBI, as suggested by emergent research.

The review notes that the potential benefit of SAMe in patients with mTBI may highlight how SAMe might mitigate the consequences and impact of increased energy demands of the injured brain.

Gnosis by Lesaffre dominates market
Despite SAMe’s multiple uses, Carboni supports that the market is not currently crowded, with other players having very low market shares.

“The stability and the relative quality issues of the different players continue to be the main point of market competition. These historically limited the possibilities for businesses to enter the space,” she explains.

SAMe is naturally unstable as it is sensitive to moisture and heat.It became industrially available in the nutraceutical market as an ingredient after the stabilization of the SAMe ion as salt.

Both salt production and tablet manufacturing processes are still protected by Gnosis by Lesaffre’s patents.

Currently, the company’s intellectual property counts more than ten patents on SAMe, ranging from manufacturing processes and stabilization of salts to the production of innovative forms of oral dosage.

“This was true even before the COVID-19 emergency, which reinforced the need to manage mental wellness and stress.”

Notably, Innova Market Insights reports that 44 percent of consumers took action in 2020 to improve their mental and emotional well-being.

“Additionally, the world’s population is growing fast and getting older. The recent years have highlighted that supporting brain health is mostly seen as important by older consumers with cognitive decline and Millennials trying to stay young,” Carboni notes.

The COVID-19 pandemic has strengthened consumer interest in immunity in an unprecedented way. As new research continuously reveals the importance of the gut microbiome... Read More

With the long-anticipated 2020 Olympic Games now underway in Tokyo, Japan, sports nutrition is front of mind. New facets in this space like mental health are picking up... Read More

COVID-19 has had a major impact on consumer habits around supplementation, stress levels, sleep quality and overall well-being, according to two US surveys.

The UK government is making £1 billion (US$1.4 billion) funding available to life science companies as part of its new ten-year strategy, dubbed the “Life... Read More