You are in : All News > Global warming can impact omega 3 availability, ocean researchers flag 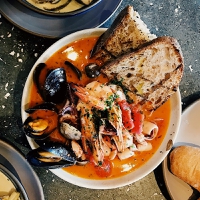 27 Jun 2022 --- Climate change could result in a decrease of omega 3 acids available for both fish and humans, a study by the Woods Hole Oceanographic Institution (WHOI) reveals.

Scientists took samples from subtropical waters to the Antarctic shelf and found that ten of the major classes of lipids formed by plankton became less abundant in warmer waters.

“The future decrease in omega 3 fatty acids we predicted for organisms at the bottom of the food web could ultimately affect the availability of these key nutrients in human diets,” Dr. Benjamin Van Mooy, oceanographer and senior scientist, WHOI, tells NutritionInsight.

Amid loss of sea ice, accelerated sea level rise and longer and more intense heat waves as a result of global warming, the researchers predict that the amount of available eicosapentaenoic acid (EPA) will suffer a significant decrease over the course of the next century.

When this hypothesis was tested against the worst-case climate change scenario, climate scenario SSP5-85, the simulation forecasted that some ocean areas would lose up to 25% of their available EPA.

“We found that the composition of lipids in the ocean is going to change as the ocean warms. That is a cause for concern. We need those lipids that are in the ocean because they influence the quality of the food that the ocean produces for humanity,” underscores Van Mooy.

These essential plankton that produce EPA and docosahexaenoic acid (DHA) are at the base of the food web. They produce the lipid which other fish and ocean life absorb as they consume them. Humans, in turn, receive omega-3 fatty acids when they consume fish and other seafood. In essence, these plankton are the nutrient’s only source as the human body is unable to produce it.

Searching for the source
The researchers were able to identify 1,151 different species of lipid-producing plankton and analyzed 930 samples from across the globe, stating that there were “hundreds to thousands” of species within each sample.

The researchers say that the survey reveals “there were, until now, unknown characteristics of these plankton species. Specifically, that warmer water temperature seems to drastically reduce the amount of lipids available.”

“This is just one example of the many unexpected impacts of global warming on human food sources,” states Mooy.

Health importance for omega 3s
The study comes at a time when a separate team of researchers recently announced that seafood consumption in the US has fallen far below the guidelines, which state that fish should be consumedDHAs and EPAs may lower blood pressure, reduce the risk of heart disease and even protect against some forms of cancer. twice a week to maintain healthy omega 3 levels. The results reveal that as much as 90% of US citizens fail to make this goal, “likely caused by high seafood prices,” according to the researchers.

Omega 3 fatty acids are called so because there are three main types. Two of them, EPA and DHA, come mainly from fish. The third other omega 3 is called alpha-linolenic acid (ALA) and is much more abundant than the other two. ALA can be found in vegetables, nuts and even in some animal fats.

EPAs and DHAs are important, and the US Food and Drug Administration (FDA) recently found the evidence that these two omega-3s may lower blood pressure and reduce the risk of heart disease to be “sufficiently trustworthy.” The FDA issued further guidance that they may be especially effective for those who are already hypertensive.

Previous studies have found that omega 3 can increase immunity and may even reduce the risks of some cancers when combined with vitamin D3 and exercise. Some companies are already looking for more sustainable, even synthetic processes, to supplement omega 3 in the human diet. However, they have stated that our bodies may react differently to synthetic nutrients.

“Unless we reverse global warming, we can add the future scarcity of omega-3 fatty acids to the list of stressors on important fisheries,” concludes Mooy.