You are in : All News > Future food: The market for algal oil is brimming with potential for future innovation, say experts 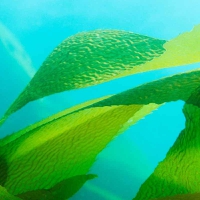 10 Dec 2019 --- What is the future of food? This question has perhaps never been more relevant than now, as climate change chaos has ensnared the global population. Permeating these chaotic times are vital questions about feeding a growing population nutritiously, while being respectful to the environment. In particular, this prompts concerns over the sourcing and cultivation of our ingredients. One key ingredient in this space may be algae. This article can be read in full in the October/November edition of The World of Food Ingredients.

From creating flood and drought-resistant crops to increasing crop yield through space-saving vertical farming, today’s brightest minds in the fields of science are seeking to transform our food system – and with very good reason. The traditional global food systems (especially in agriculture) are typically based on high production levels with little focus on long-term consequences. Trading this for a less linear, more nature-based, sustainable model includes searching for sources of proteins and omega which don’t come from animals.

The ocean may hold some potential in this space in the form of its underwater forest – algae. Primarily, the term “algae” encompasses a group of organisms that are capable of producing oxygen through photosynthesis, including microalgae. Beyond this, algae can be quite diverse but largely exist as single, microscopic cells and can live in both seawater and freshwater. Algae was even pegged as the “food of the millennium” by the Food and Agriculture Organization of the United Nations (FAO).

As the world population expands to reach almost 10 billion by 2050, so does the appetite and demand for high-protein, high-omega sources and investment in algae is streaming in by the billions.

A strong nutritional profile
Some algae, particularly blue-green and green variations, boast a very high level of protein. They also have high nutritional value in terms of their omega profile. 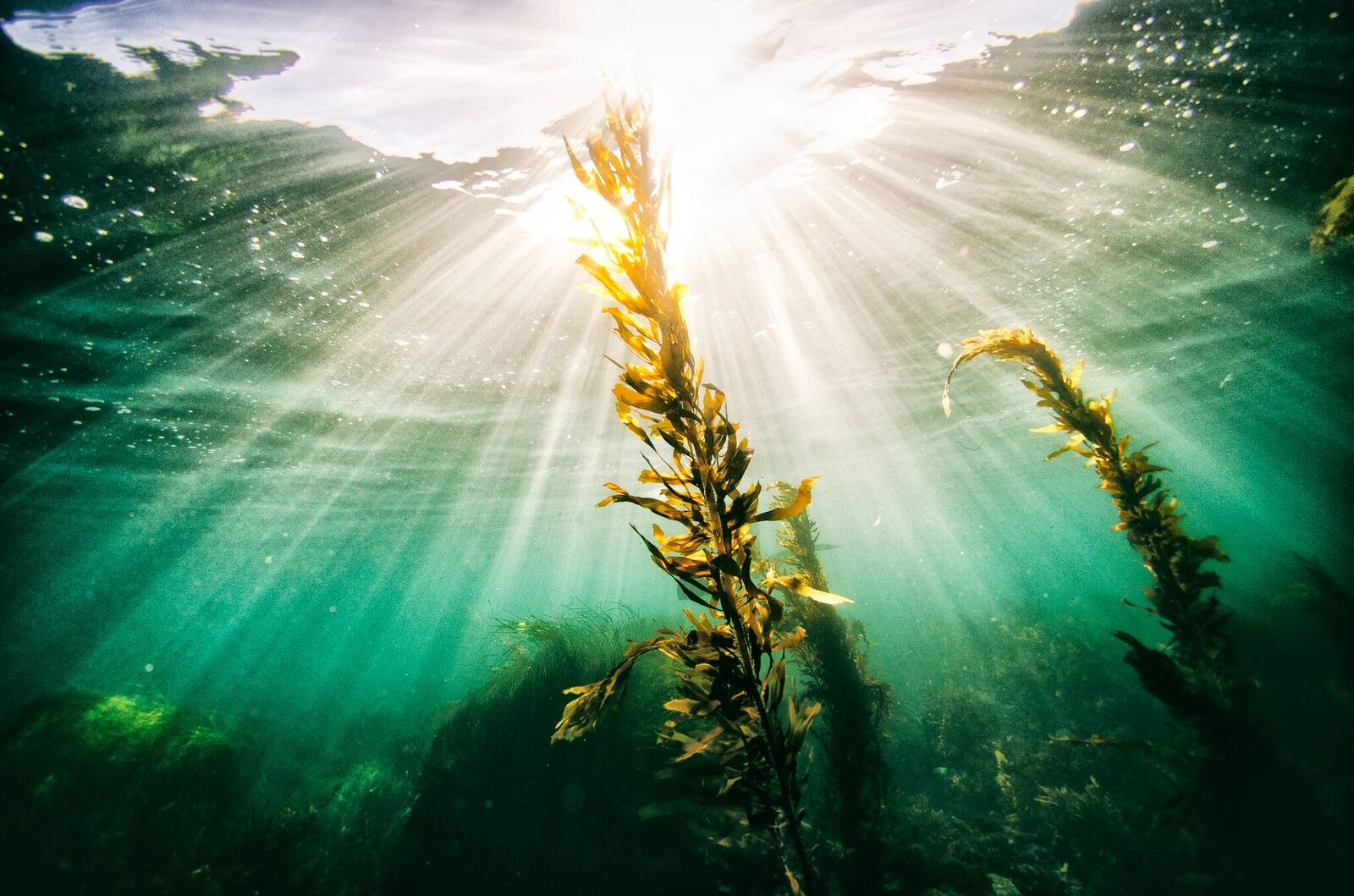 The ocean may hold some potential in the alternative space in the form of its underwater forest – algae.Fish and krill obtain their omega 3 from the marine algae they feed on, so, being the original source of omega 3 for fish, algae deliver eicosapentaenoic and docosahexaenoic acids (EPA and DHA) extremely efficiently, notes Maja Orešnik, S&R Director, PharmaLinea.

“Microalgae have the highest content of proteins on the planet (it can be up to 60 percent), including all essential amino acids, as well as polyunsaturated fatty acids (original source of omega 3), vitamins, polysaccharides, carotenoids and other substances highly beneficial to human health,” says Raschid Stoffel, Head of Food and Beverage at AlgaEnergy.

As such, algae ingredients are undergoing significant growth in the dietary supplements and food and beverage sectors. This is particularly as consumers become more aware of plant-based sources of the coveted omega 3 fatty acids, EPA and DHA.

This is according to a DSM spokesperson, who also notes that with over 30,000 clinical studies and research papers on the subject, EPA and DHA are well-established nutrients. Tapping into a range of health areas including cognitive, cardiovascular and infant and senior health, they can answer consumer calls for effective, multi-benefit solutions.

Reached the mainstream?
Omega 3 has now certainly reached the mainstream, speculates Dr. Christopher Studte, Director of New Health Ingredients at Evonik. “Studies continue to suggest that many consumer segments, including the elderly and young adults, are not only aware of omega 3 but highly positive about its health benefits. Indeed, many consumers now consider omega 3 to be a standard supplement, like we think about multivitamins.”

Research has also abounded on the health benefits of the ingredient. Among the long-awaited findings of the VITamin D and OmegA-3 TriaL (VITAL) study was the fact that Omega 3 fatty acids can aid in reducing the risk of heart attacks, especially among African Americans. The VITAL trial is being conducted at Brigham and Women’s Hospital, an affiliate of Harvard Medical School, in Boston, Massachusetts.

This has translated to market, according to Philippe Lavielle, CEO at Fermentalg. He notes that the market for algae being used for omega is worth over US$1.5 billion and has already grown by 5 percent this year.

A DSM spokesperson also adds a third driver to the increasing popularity of algal omega 3 solutions: developing concerns about environmental contaminants which are sometimes found in non-algal sources of omega 3 oils. 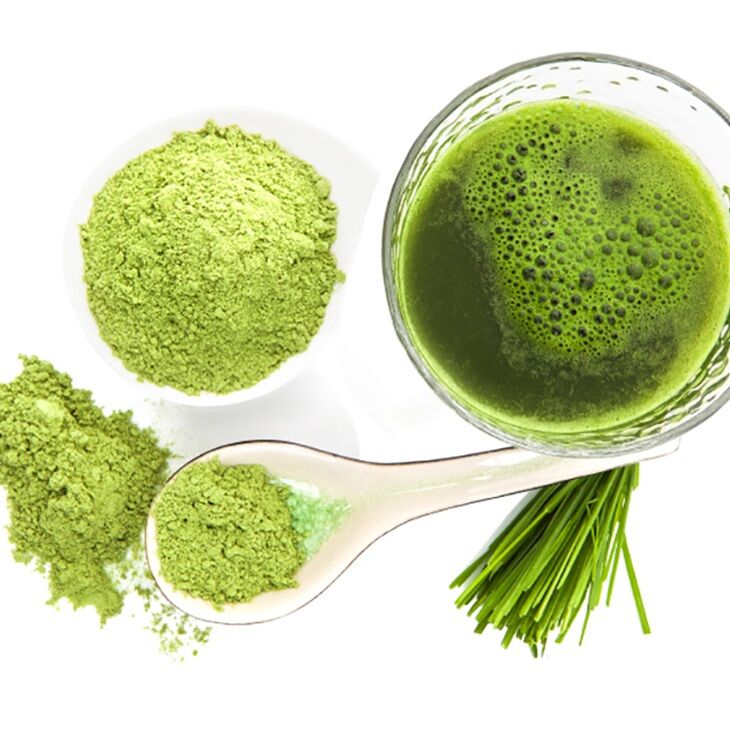 The market for algae being used for omega is worth over US$1.5 billion and has already grown by 5 percent this year.

This is significant as, according to research by DSM, over 70 percent of the global population make purchasing decisions based on “naturalness” when considering a packaged food and beverage product, while 40 percent believe it is important when buying dietary supplements.

Indeed, the global population’s consumption of omega 3s has put increasing pressure on the marine ecosystem and fish and krill stocks within that ecosystem.

According to FAO, a growing human population is expected to drive an increase in fish consumption of approximately 1.2 percent per annum over the next decade. Production of fish and fish products is estimated to reach over 200 million tons by 2030.

FAO has previously spotlighted how the world is off-track to meet most of the Sustainable Development Goal (SDG) targets linked to hunger, food security and nutrition. Within this, it noted that one-third of the world’s marine fish stocks are overfished today, compared to only 10 percent in 1974.

The DSM spokesperson further underscores that the conservation of marine life is “under peril due to overfishing.”

In light of such overfishing concerns, algae cultivation at mass level could significantly reduce pressure and “fish-in-fish-out” (FIFO) ratios. This ratio measures the amount of fish meal and fish oil that is used to produce one weight equivalent of farmed fish back to wild fish weight equivalents. For many organizations, FIFO is regarded as a benchmark of progress in relation to environmental performance.

“Algae omega 3s will replace the need for intensive fishing, it is just a matter of time. This is unless the fish stocks collapse in the meantime due to overfishing and climate change,” notes Lavielle of Fermentalg.

Luckily, besides its robust nutritional profile, algae can be easy to cultivate at high mass – with little environmental degradation. “Its use helps to conserve biodiversity in the oceans, enabling the continued sustainable growth of aquaculture within planetary boundaries,” explains the DSM spokesperson.

An investment splash
The market for algal oil is dynamic, with plenty of opportunities for future innovation. As aquaculture brims with potential, large players such as DSM, Evonik, ADM and Cargill are already jumping aboard. 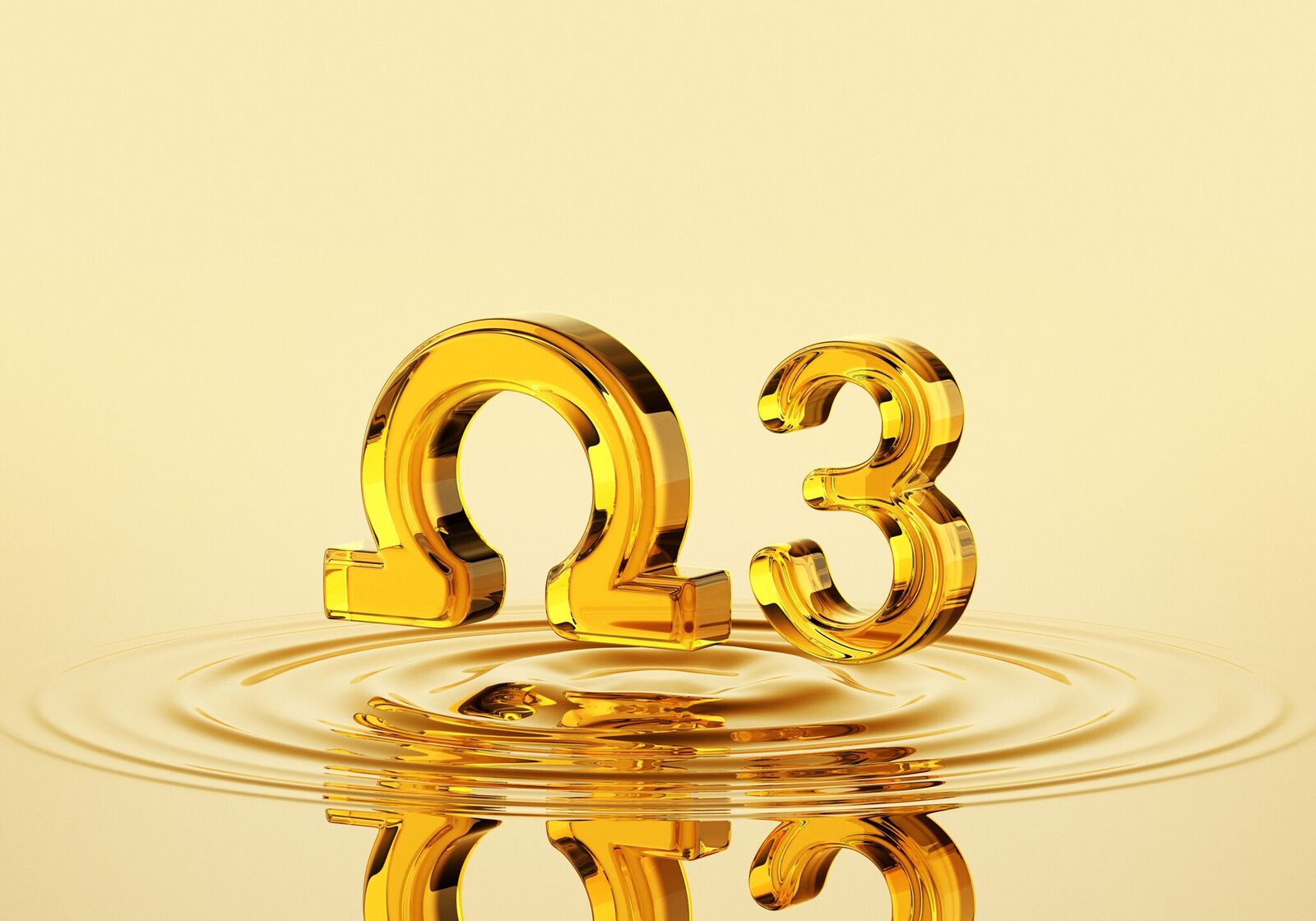 In light of overfishing concerns, algae cultivation at mass level could significantly reduce pressure and “fish-in-fish-out” (FIFO) ratios.Specialized nutrition within aquaculture also touts a broad innovation space, explains Lavielle. Fewer players are active here, but among the ones that are, Fermentalg is leading with its strong focus on proteins and lipids. The company has also invested over €70 million (US$76.5 million) in building its technology and industrial platforms.

Fermentalg’s DHA Origins is touted as the “first DHA algal oil with a natural minimum concentration of 550mg/g.” Last September, a few months after the oil’s launch, the company entered into an initial contract with DSM Nutritional Products. According to the terms of this five-year agreement, DSM will buy DHA Origins 550 and market it worldwide.

DSM is another global player that has upped its engagement with algae. DSM and Evonik announced a 50:50 joint venture (JV), Veramaris, in July.

Consumer-facing NPD
DSM enforces that it is “continually investing in R&D in this segment, developing solutions and ingredients to meet growing consumer demand, as well as new processing and refining technologies.”

The company has just launched an oil which is unique in the market, coined life’s OMEGA. It contains 150mg of EPA and 300mg of DHA, as well as being offered in a vegetarian capsule.

As the fastest growing product in DSM’s algal oil portfolio, the company is also working on the next generation of this product with even higher levels of EPA.

As aforementioned, consumers increasingly value naturalness in supplements or health products. In this way, products that tout an ultra-high concentration with properties increasingly required by the markets –such as sustainable sourcing from microalgae and extraction without solvents – will appeal.

The product is also subjected to a purification process that increases the level of healthy polyunsaturated fatty acids, notes the company. This results in the product having a low saturated fatty acid content – around 5 percent compared to 30 percent or higher in other algal DHA oils. It is also stable due to Polaris’ patented QualitySilver 5 technology, which helps protect the nutritional profile of the oil and increases its resistance to oxidative stress.

“Algal sources of omega 3 meet the growing demand for plant-based products, they’re allergen-free, suitable for vegetarians and vegans, and they come from a source that can be managed in an environmentally friendly way.  Furthermore, fishy taste and smell – which deter many consumers – are not an issue,” says Louis-Marie Martin, VP of Sales & Marketing at Polaris.

By Laxmi Haigh, for The World of Food Ingredients

DSM, UNICEF and nutrition think tank Sight and Life have revealed an extension of their partnership to address malnutrition on a global scale.

Gnubiotics Sciences and ADM team up for feline and canine nutrition