You are in : All News > FTC cracks down on “deceptively marketed CBD products,” CRN calls for hemp market regulation

21 Dec 2020 --- The US Federal Trade Commission (FTC) issued its first legal enforcement crackdown on deceptive claims in the growing market for cannabidiol (CBD) products in the US.

The FTC is taking action against six sellers of CBD-containing products for allegedly making a wide range of scientifically unsupported claims about their ability to treat severe health conditions, including cancer, heart disease, hypertension and Alzheimer’s disease.

The Council of Responsible Nutrition (CRN) has applauded the FTC move, arguing these cases illustrate the critical need for the US Food and Drug Administration (FDA) to provide more explicit regulations in the hemp sector.

“Consumers clearly want to have access to CBD and they deserve to have access to reliable, high-quality products from major retailers, along with accurate and trustworthy information about the science and the benefits of CBD,” Steve Mister, CRN president and CEO, tells NutritionInsight.

“The six settlements send a clear message to the burgeoning CBD industry: Don’t make spurious health claims that are unsupported by medical science,” adds Andrew Smith, director of the FTC’s Bureau of Consumer Protection. “Otherwise, don’t be surprised if you hear from the FTC.”

The FTC prohibits CBD Meds from making CBD health treatment claims without substantiated human clinical testing.“Deceiving” CBD health claims
Two of the six alleged deceptive products are from CBD Meds and HempmeCBD. According to the FTC, CBD Meds claimed on product labels that CBD effectively treats, prevents, or mitigates artery blockage, cancer, glaucoma, autism and schizophrenia, among many other conditions.

The California-based company also falsely represented that some of the efficacy claims were scientifically proven and that the US government had confirmed the health benefits of CBD, says FTC.

The FTC complaint alleges that HempmeCBD claimed its CBD products could treat or cure serious ailments like cancer-related symptoms, substance abuse and AIDS.

It also alleges HempmeCBD lacked the scientific substantiation for such health claims and falsely claimed to have studies showing CBD is effective at treating autism.

FDA declining to act?
Mister sees the FTC’s investigation of separate unsubstantiated claims for CBD as “no surprise.”

“These investigations are usually in the works for months before the settlements are announced. They are the result of FTC diligence to identify the offending claims, allow the defendants to provide evidence for their claims and FTC’s evaluation of the facts and the gravity of the violations,” he maintains.

As long as the FDA “declines to act” on hemp market regulation, consumers remain at poor access to safe CBD products, he asserts.

“Recognizing CBD as a lawful dietary ingredient will give the FDA and FTC a framework for properly regulating these products and give consumers what they want: access to well-made, properly marketed CBD dietary supplements,” Mister argues. 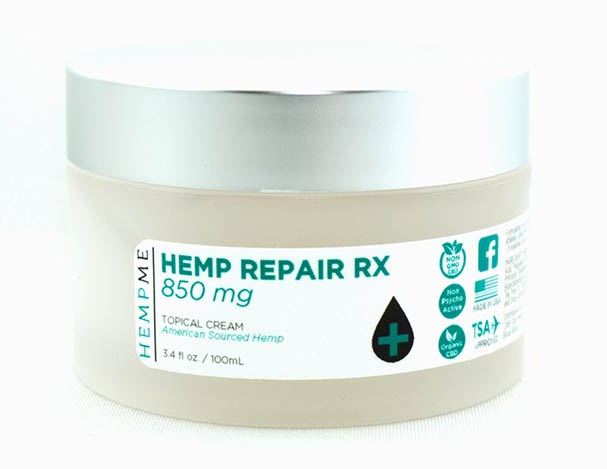 The FTC’s complaint against HempmeCBD alleges that it claimed its CBD products could treat or cure cancer-related symptoms or AIDS.Calls for US hemp regulation
CRN has continuously advocated for stricter CBD regulation in the US. After the FDA extended the comment period of cannabis products in March, the CRN filed a Citizen’s Petition calling on the FDA to regulate CBD as a legal dietary supplement.

US bipartisan legislation was put forward by Congress representatives in September, directing the FDA to set a clear regulatory framework for hemp and hemp-derived CBD and assure consumer protection.

In terms of the six companies called out by the FTC, the agency is now requiring each of the companies and individuals behind them to stop making unsupported health claims immediately, and several will pay monetary judgments.

The orders settling the FTC’s complaints also bar the respondents from similar deceptive advertising in the future. They require that they have scientific evidence to support any health claims they make for CBD and other products.

A functional mushroom for everything? Regulatory framework to drive industry forward

The US Food and Drug Administration’s (FDA) approach in attempting to remove dangerous supplements from the market appears to be ineffective, according to a new... Read More

Around three quarters of over-the-counter (OTC) topical cannabidiol (CBD) products in the US are inaccurately labeled, according to a study by John Hopkins Medical... Read More

The Council for Responsible Nutrition (CRN) deems the latest US Food and Drug Administration (FDA) draft on new dietary ingredient (NDI) filings as a paradox. Calling on... Read More

Cannabidiol (CBD) may benefit people with epilepsy by reducing seizures by 50%, according to a first of its kind study. Nonetheless, it is too soon to tell whether the... Read More