You are in : All News > Flavobiotics: Yakult debuts synbiotic drink with flavonoids

13 Mar 2019 --- Yakult has launched a new synbiotic drink to the South Korean market, this time enriched with MicrobiomeX – an active flavonoid ingredient developed by BioActor, an ingredients company which develops health ingredients for healthy aging and active living. The company’s foray into the flavonoid space for gut health marks “a first for the microbiome space,” Hans van der Saag, CEO and Founder of BioActor, tells NutritionInsight.

These are highly diverse times with food and beverage products increasingly customized to an individual’s needs. Illustrating this, Innova Market Insights has pegged “Eating for Me” as no. 6 in its top ten trends list. This trend denotes a consumer who is seeking personalized nutritional options to enhance their health. Within this, the microbiome is key and innovations within this space are proliferating.

Coined “flavobiotics,” the MicrobiomeX ingredient contains a set of active flavonoids derived from orange and grapefruit, which makes it a non-novel food and, therefore, easier to mainstream into further applications. 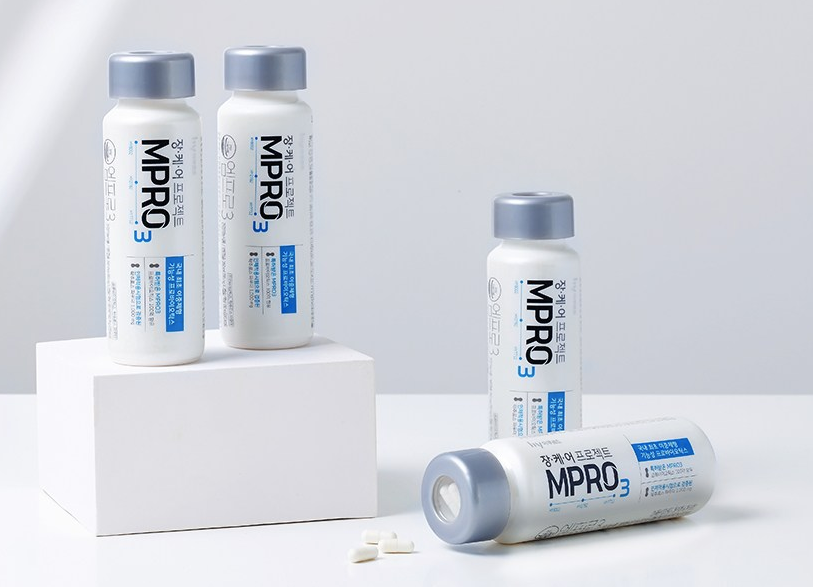 The flavobiotics have become “perfect bedfellows” for the pre and probiotics in the new Yakult launch.Flavobiotics have a dual action on the gut, van der Saag explains. “Firstly, they have direct interaction with the gut microbiota as there are specific microbes in the gut microbiota that need flavonoids to gain energy. They essentially take off a glucose group from the flavonoids and then increase. Secondly, there is also a liberation of the active form of the flavonoids right at the level of the gut wall and a direct ‘flavonoid attack.’ In our clinical study, this was found to have a profound effect on lowering gut inflammation.”

The flavobiotics have become “perfect bedfellows” for the pre and probiotics in the new Yakult launch, notes van der Saag. MicrobiomeX and prebiotics are situated in liquid form in the bottle, while the probiotic strains are encapsulated and located in the lid. When the consumer twists the cap to open the beverage, they drink the synbiotic drink and swallow the capsules at the same time.

“In technology I have not seen before on the market, the drink confers prebiotics and the flavobiotic benefits and the strains, within the capsules, are released and easily swallowed,” van der Saag shares.

How do the ingredients interact?
MicrobiomeX can complement pre and probiotics when used in an array of applications, notes van der Saag.

“MicrobiomeX does not affect the stability of the probiotics and it complements prebiotics because they typically do not have a strong physical effect on gut inflammation. There is good synergy when these three are combined. We have customers who use our ingredient as a stand-alone or in combination with one or two other strains,” he says.

MicrobiomeX, available on the market as a stand-alone ingredient, has been used by practitioner brands in multiple global locations, including the US and UK, as an ingredient targeting gut inflammation.

One further area where the flavobiotics can be complementary is in formulation: “There is a distinct benefit over and above the interplay between microbiota, flavonoids and gut inflammation, as there is also a formulation benefit,” explains van der Saag.

“MicrobiomeX has been clinically evaluated to have an effect at 500mg, which is very low compared to traditional prebiotic ingredients which typically require doses much higher. So, our ingredient mediates an impact on the gut microbiota at a tenfold lower gut than a prebiotic and also it offers the direct flavonoid effect for gut inflammation.”

“This makes this a very interesting ingredient for further use and penetration in the gut health space,” he adds.

Flavonoids for gut health?
“Our main challenge in developing the new ingredient was to set up the entire research. We are the first company to investigate the effects of citrus flavonoids on the gut microbiota and overall gut health. So, the first real challenge was to find the right in-vitro model and clinical study design to test this new class of gut-health ingredients,” explains van der Saag.

However, the company has completed a number of successful trials, including the first studies in humans documenting the impact of flavonoids on the microbiota and gut inflammation. The company was also the first to study this new class of ingredients in a sophisticated in-vitro model that mimics the GI tract.

The search to further knowledge of the human microbiome, as well as to increase the number of ingredients that can boost its health, has led to some high-profile and significant investments in the space.

Earlier this month, European venture capital firm Seventure Partners completed the first closing of its second dedicated fund focused on the microbiome and health, nutrition and digital/connected health sectors with a target for the final close of over €200 million. The Fund, Health for Life Capital II (HFL II), seeks to build on the success of its first fund, Health for Life Capital (HFL), which launched in 2014. This first fund attracted strategic investments from prestigious organizations including Danone, Novartis, Lesaffre, Tornier, Unigrains and Bel and placed Seventure as a “leader in its field by anticipating the microbiome revolution.”

Also, according to Stephen O’Hara, OptiBiotix CEO, the body of research demonstrating the function pre and probiotics have on human health is rapidly increasing. As we continue through 2019, new clinical trials will uncover the role of the microbiome in digestive health, immune support, cardiovascular health, weight management and cognitive function, for example. Further to innovations on the supermarket shelves, technological advances are opening new doors to “next generation” precision engineered solutions via targeted strains, broadening the market’s scope for health management in the pharmaceutical space.

From environmental burden to goldmine: Grape pomace could be harnessed for stilbenes

Grape pomace, a by-product of wine-making could benefit the stomach’s biome, intestines and even cardiovascular health, according to a US study carried out by... Read More