You are in : All News > FDA’s delay in salt reduction targets cost thousands of lives, study finds 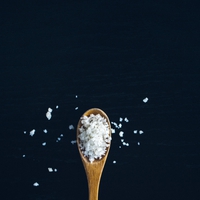 Similar figures could be expected in the UK if industry compliance with the Office for Health Improvement and Disparities voluntary salt targets is not monitored and enforced, warns World Action on Salt, Sugar and Health (WASSH).

Acting now
The sodium reduction targets finalized in October 2021 move the onus from consumers to food suppliers. The targets are designed to support decreasing average daily sodium intake by about 12% to 3,000 mg a day.

“The FDA now needs to ensure that salt consumption actually declines. For starters, the FDA needs to mount a full-scale campaign to motivate consumers to switch to lower-salt foods,” says Michael Jacobson, co-founder of the Center for Science in the Public Interest.

While the FDA’s delay caused many deaths, the study estimates that gradually reducing salt intake to the recommended levels will save about 446,000 lives between 2021 and 2031, notwithstanding the delay in setting targets, WASSH adds.

“Importantly, the FDA needs to develop contingency plans in case industry falls short of the voluntary goals. For instance, FDA could set mandatory limits on salt and require warning notices on foods that exceed certain voluntary targets. That work should begin immediately because adopting new regulations takes years,” Jacobson notes.Many national governments including those in Turkey, South Africa, and Brazil, have set legal limits on salt in key foods.

Crunching the data
According to Brown, industry progress toward voluntary targets in the UK has waned in recent years. She cites a South African study revealing the country’s mandatory salt restriction in 2016 effectively reduced approximately 0.82 g of salt per day in young adults.

“This study shows how vital it is for governments to take strong measures to lower sodium as soon as possible,” says Graham MacGregor, professor of cardiovascular medicine, WASSH chairman.

“The months and years most governments have taken to lower sodium is causing many thousands of unnecessary and premature deaths every year.”

This study discusses how industry has numerous strategies for lowering salt levels without impairing taste or safety. It can use less salt, replace sodium salt (sodium chloride) with potassium salt (potassium chloride) and add more flavorful ingredients. The goal is not to eliminate all salt and sodium, but to reduce the current levels by one-third.

“Salt reduction remains one of the most cost-effective public health policies available to us. By requiring food companies to remove excess and unnecessary salt from their products gradually over time, consumers don’t have to change what they buy and their taste buds adapt over time, which therefore means no loss of sales for the food industry,” Brown adds.

Worldwide consequences
Reducing the current average intake of 3,400 mg to 2,300 mg of sodium per day has been estimated to save US$18 billion in health care costs, WASSH outlined. It can also reduce the number of high blood pressure cases by 11 million annually.

“The FDA’s targets have the potential to be very impactful if properly enforced and monitored, as many multinational food companies are headquartered in the US. If these companies have to reduce salt levels in products they sell in the US, then there’s no excuse for not doing the same worldwide,” says Brown.

“Many products made in the US are then exported around the world: it’s not just Americans that will see the health benefits of these salt targets.”

Last year, the World Health Organization published global benchmarks for sodium levels in more than 60 food categories, hoping the benchmarks will show countries how they can progressively lower their targets based on their local food environments.Lowering salt in packaged and prepared foods in the US diet has been proven to protect against high blood pressure.

Transparency is key
Researchers in the UK have outlined the country’s national salt reduction program could prevent almost 200,000 cases of heart disease and save £1.64 billion (US$2.3 billion) in health care costs if better enforced by 2050.

Brown uses the UK as a warning of what to avoid. Initially, the Food Standards Agency was tasked with developing and implementing salt targets in the UK.

“Despite the voluntary nature of the targets, the Food Standards Agency ensured compliance through transparent monitoring of progress, naming and shaming companies who failed to make progress, and regular meetings with food companies to highlight the importance of meeting the targets for their consumers.”

Responsibility for salt reduction was later moved to the Department of Health, causing stalled progress, as partnership with the food industry was prioritized over health.

“The transparent monitoring stopped, and companies were made responsible for self-reporting their own progress.”

“Provided that the FDA follows a similar model to that of the Food Standards Agency and make clear to food companies that they must meet the targets, with the threat of mandatory targets should there not be enough progress made, they could be successful and set an example that other countries will be inspired to follow,” Brown concludes

By Andria Kades, with additional reporting by Missy Green

Researchers have uncovered that it is possible for hypertension patients to acclimate their taste perceptions to a low sodium diet over time. This is according to a... Read More

Daily consumption of oral cannabidiol (CBD) has a strong safety profile, an industry-backed study has revealed. The findings set to be presented to the US Food and Drug... Read More

US Food and Drug Administration (FDA) Commissioner Dr. Robert Califf was grilled by lawmakers during a House Appropriations subcommittee hearing, where he was slammed... Read More