You are in : All News > FDA to include konjac carbohydrate as dietary fiber following two year wait 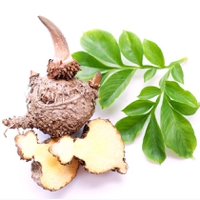 14 Jan 2020 --- Glucomannan, which is found in the root of the konjac plant (also known as the elephant yam), is set to be added to the US definition of dietary fiber. The Food and Drug Administration (FDA) will add the ingredient to its list of nine other non-digestible carbohydrates it proposes to include within the definition of dietary fiber. In the meantime, the agency plans to “exercise enforcement discretion” to allow manufacturers to include the amount of these additional fibers in the dietary fiber declaration on the Nutrition and Supplement Facts labels. This ruling opens up new avenues for manufacturers to appeal to the increasing number of consumers seeking fiber claims.

The FDA’s action follows a citizen petition from The Food Lawyers, a boutique law firm, in early 2018 asking that the FDA engage in rulemaking to include konjac flour as a dietary fiber. The FDA highlights that dietary fiber may be certain naturally occurring fibers that are “intrinsic and intact” in plants. Alternatively, they could be added isolated or synthetic non-digestible soluble and insoluble carbohydrates that have physiological effects that benefit human health. Glucomannan falls into the latter camp, with the FDA determining that it can help reduce blood cholesterol.

The Food Lawyers also submitted evidence arguing that glucomannan can be beneficial in terms of increased defecation frequency, reduced energy intake and weight management. Nevertheless, the FDA has chosen not to address these points and instead focus on the blood cholesterol aspect.

Some dietary fibers are naturally occurring fibers that are “intrinsic and intact” in plants.The agency identified a total of 26 studies that examined the effect of glucomannan on blood cholesterol, including eight studies identified from The Food Lawyers, seven from public comment and eleven additional ones found independently by the FDA. However, scientific conclusions could not be drawn from 17 of these studies for a variety of reasons, including inappropriate statistical analysis or control group and lack of dietary information on other components in the participants’ diets.

The nine studies eventually used to inform the FDA’s decision include a range of populations including children and adults with hypercholesterolemia, with sample sizes ranging from 11 to 39 participants. The participants consumed capsules or food products containing glucomannan, at doses of 2-13 g per day.

While three studies did not find any significant changes in cholesterol stemming from glucomannan, six demonstrated a reduction in total and/or low-density lipoprotein (LDL) cholesterol. Additionally, the FDA notes that one of the studies that did not find an effect involved subjects consuming a carbohydrate-restricted diet, which is not typical of US diets.

A changing list
Glucomannan is the tenth non-digestible carbohydrate to join FDA’s list of ingredients to be added to the definition of dietary fiber. The other ingredients include mixed plant cell wall fibers, arabinoxylan, alginate, inulin, high amylose starch, galactooligosaccharide, polydextrose and resistant maltodextrin/dextrin. The 2018 inclusion of these marked the end of two years of uncertainty for manufacturers.

Last April, Resistant Starch 4 (RS4) was also added to the list following MGP Ingredients’ submission of a citizen request. This means that the company’s flagship brands Fibersym and FiberRite can be officially counted as fibers when calculating a product’s fiber levels, which are displayed on the labeling. The FDA highlights that firms can submit citizen petitions at any time, which will be reviewed on a rolling basis.

Nonetheless, there is renewed interest in fiber as consumer interest remains strong. Several recent FDA success stories indicate that greater marketing efforts will go into an area that never seems to tire. Consumers are still mainly consuming fiber for digestive health, but newly discovered health benefits are driving applications too.

According to a 2018 consumer survey conducted by Innova Market Insights, 44 percent of US consumers are increasing their consumption of fiber, with 33 percent of UK consumers also doing so. At the same time, 21 percent average annual growth has been reported in new product launches carrying a fiber claim. Newly discovered health benefits are driving fiber applications. When asked for reasons why they are consuming fiber, the majority of US consumers (64 percent) listed digestive health, but interestingly weight management (24 percent) and energy (16 percent) also featured.

Tetra Pak has unveiled a cutting-edge processing method for soy drinks that uses whole soybeans. With many consumers turning to plant-based beverages as a healthy... Read More