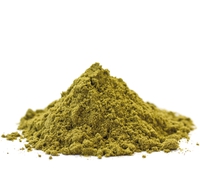 22 Feb 2016 --- The US Food and Drug Administration (FDA) has sent eight warning letters to manufacturers of cannabidiol (CBD) dietary supplement and food products, causing the debate over hemp CBD’s legal status to continue.
The warning letters cite prohibited health claims used to market the products, as well as CBD’s invalid status as a dietary ingredient due to its presence in two drug applications currently under consideration.

CBD is a non-psychoactive variety of Cannabis sativa and a relative of tetrahydrocannabinol (THC). It has become increasingly prevalent in food and dietary supplement products, although FDA has not officially recognized CBD as a legal dietary ingredient.

On February 4, FDA sent warning letters to eight companies marketing CBD foods and dietary supplements, partially on the basis of impermissible medical claims used in marketing materials. These include suggestions that CBD may be used to reduce symptoms of schizophrenia, rheumatoid arthritis, diabetes, cancer, multiple sclerosis, and more.

These claims are not allowed on any dietary supplements, according to FDA, because they address “one or more diseases that are not amenable to self-diagnosis or treatment without the supervision of a licensed practitioner.”

But CBD’s “[exclusion] from the dietary supplement definition” appears to be an even more prominent concern than improper health claims in this new batch of warning letters. That’s because CBD is included in two Investigational New Drug (IND) applications currently under investigation from GW Pharmaceuticals for its Sativex and Epidiolex products.

Citing section 201(ff)(3)(B)(ii) of the Food, Drug, and Cosmetic Act, FDA explains that “if an article (such as CBD) has been authorized for investigation as a new drug for which substantial clinical investigations have been instituted and for which the existence of such investigations has been made public, then products containing that substance are outside the definition of a dietary supplement.”

FDA notes that an exception could be made if CBD was “marketed as” a dietary supplement before the new drug investigations were authorized, but that “based on available evidence, FDA has concluded that this is not the case for CBD.”

However, on the other point in FDA’s warning letters—impermissible medical claims in the marketing materials for these products—HIA agrees that CBD food and supplement products should not be using these claims.

“Though none of the companies in receipt of these warning letters are current or former HIA members, the HIA urges these CBD product manufacturers to revise their product labeling and marketing such that no medical claims are made,” according to HIA’s announcement.

05 Aug 2020 --- US-based Santé Laboratories has become the first laboratory to test Texas-grown hemp for total tetrahydrocannabinol (THC), according to the company.... Read More

In the chill-zone: CBD emerges in new product formats, blazes on in new markets

29 Jul 2020 --- Busy lifestyles and stress induced by the COVID-19 pandemic have boosted demand for hemp and cannabis-based cannabidiol (CBD), which is consumed for its relaxant... Read More