You are in : All News > Farlong NotoGinseng may help fight heart disease, reveals study 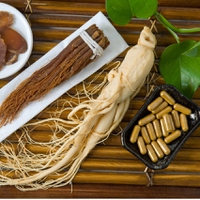 21 Sep 2021 --- Farlong Pharmaceutical’s ginseng supplement may have a positive influence on reducing cardiovascular disease (CVD) risk by improving blood pressure and HDL-C. This is according to a new triple-blind study, which also found that supplementation with Farlong Ginseng Plus Panax NotoGinseng (Farlong NotoGinseng) extract was well tolerated.

“This publication is a significant accomplishment as we are presenting a novel concept that has not been previously addressed in the nutraceutical industry,” says Dr. Malkanthi Evans, chief scientific officer at KGK Science, which conducted the study.

Specifically, there was a significant decrease in serum LDL-C in Farlong NotoGinseng group from baseline to week eight. LDL cholesterol is sometimes called the “bad” cholesterol because a high LDL level can lead to a buildup of cholesterol in the arteries.

There was a slight increase in serum HDL-C following 12 weeks of supplementation with Farlong NotoGinseng. HDL (high-density lipoproteins) cholesterol is the “good” cholesterol.

The randomized, placebo-controlled, triple-blind study also examined blood pressure, triglycerides, total cholesterol and endothelial vasodilation as measured by the EndoPAT from baseline to week eight and week 12 between Farlong NotoGinseng and placebo. The primary objective was the difference in serum LDL-C from baseline to week 12 between Farlong NotoGinseng and placebo.

An accomplishment in publication
The study included 95 healthy adults and was conducted between December 2016 and June 2019. The results have been published in Current Nutraceuticals by Bentham Science.

Additional novel findings, including the concept of a lack of intervention, will be presented at American Heart Association’s (AHA) annual Scientific Sessions 2021 with a global audience from over 100 countries.

The US Food and Drug Administration (FDA) is cautioning the public over bodybuilding products misleadingly labeled as dietary supplements, which could contain illegal... Read More