You are in : All News > Elix: Barry Callebaut breaks into nutraceuticals with EFSA-backed cacaofruit drink

The beverage targets skin, muscle, brain and cardiovascular health with both instant and long-term effects 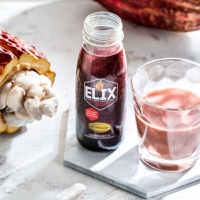 15 Oct 2021 --- For more than a century, cacao products have been associated with indulgent chocolate products, but now Barry Callebaut is forging an entirely new category with Elix – which is positioned as the “first nutraceutical fruit drink.”

Speaking to NutritionInsight at an exclusive launch event at Hortus Botanicus Amsterdam, Pablo Perversi, chief innovation, sustainability & quality officer and global head of gourmet, explains what makes this offering – made from 100% pure cacaofruit – stand out among rising numbers of functional beverages.

One key factor is its health claims. The effect of the fruit’s flavanols on circulatory health is recognized by the European Food Safety Authority (EFSA), which resulted in the approval of the related health claim under the EU Nutrition and Health Claims regulation. Approval by the US Food and Drug Administration (FDA) is pending in spring 2022.

“The claim is what really differentiates the positioning of the product in cardiovascular health. We’re looking at claims in other regions, but the US and EU are the two biggest markets, so that’s where we want to be,” explains Perversi.

Another aspect that sets Elix apart is its short ingredient list. “It’s all natural, which is very different to drinks with added vitamins or other ingredients to make it more of a functional beverage, rather than a nutraceutical.

Global vice president of marketing Bas Smit adds that consumers are already used to drinking juice in the morning, so the format will make it an appealing and easy swap for them. 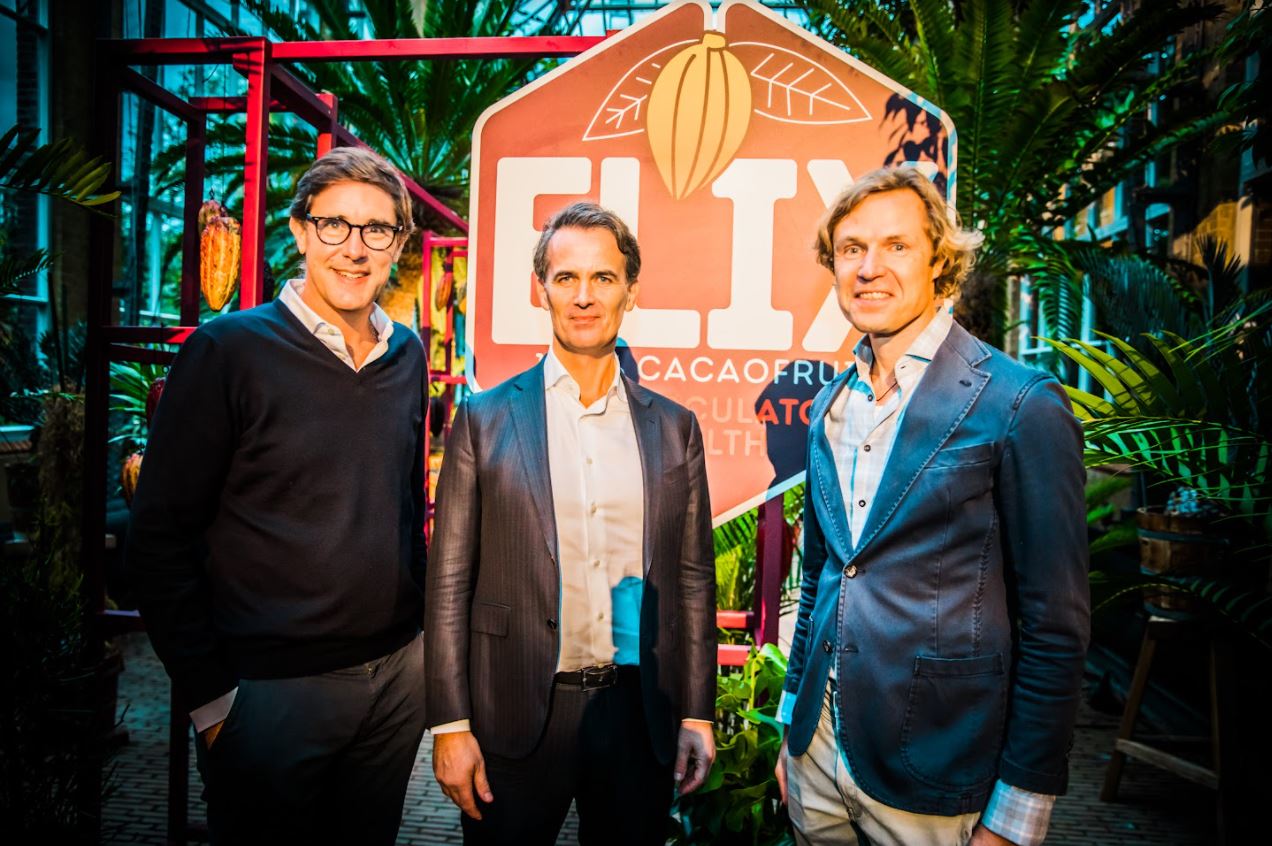 Catching customer interest
The R&D process behind Elix lasted for more than 15 years, with stabilizing the potent molecules being a key aspect. This was achieved, but the resulting product needs to be chilled.

“Chilling is the best way of preserving flavanols so they live longer and deliver the benefits to consumers. Therefore, we are looking at customers in this space. I can’t give a name, but we do have a very interested customer and we’re very proud of it,” says Perversi.

Elix is made from cacaofruit, a juicy white pulp that normally decomposes around the cacao bean as part of the fermentation process to make chocolate.

However, Barry Callebaut is utilizing this waste stream, tapping into rising consumer demand for ethical positionings.

“It’s not just upcycled – you’re also helping farmers to get a better living income because they can better capitalize on the same fruit,” details Perversi.

He adds that the team found an effective way of extracting the fruit so that the fermentation process is also helping the flavor. 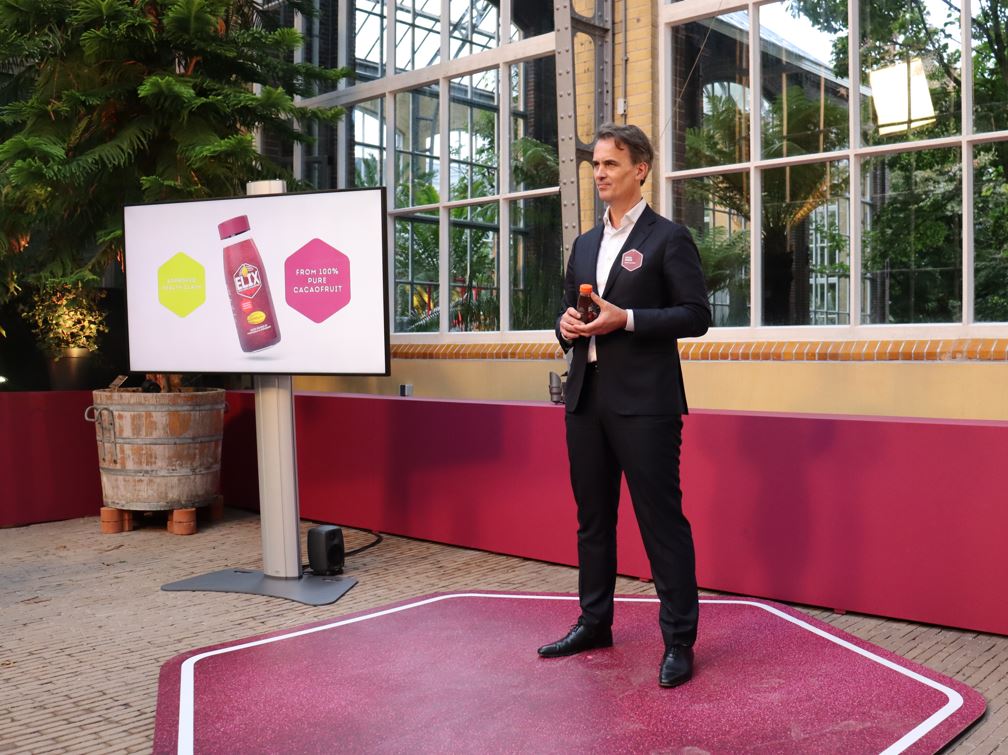 Boone unveils Elix, which is the result of more than 15 years of R&D.

Targeting skin, muscles, brain and heart
There are over one hundred human clinical studies that now provide sound scientific proof of the health effects of the cacaofruit flavanols, says the chocolate and cocoa giant. They can help maintain the elasticity of blood vessels, which benefits the blood flow to organs such as the heart, muscles, brain and skin.

According to Barry Callebaut, 350 mg of cacaofruit flavanols per day can provide protection against UV-induced skin reddening after three months. After six months, regular consumers can also expect to see positive impacts on facial wrinkles and improved skin elasticity.

Within muscle performance and recovery, 600 mg of cacaofruit flavanols per day may help contribute to improved delivery of blood within one week.

Finally, one week of consuming 250 mg flavanols per day can lower blood pressure and a month has a positive impact on blood cholesterol. 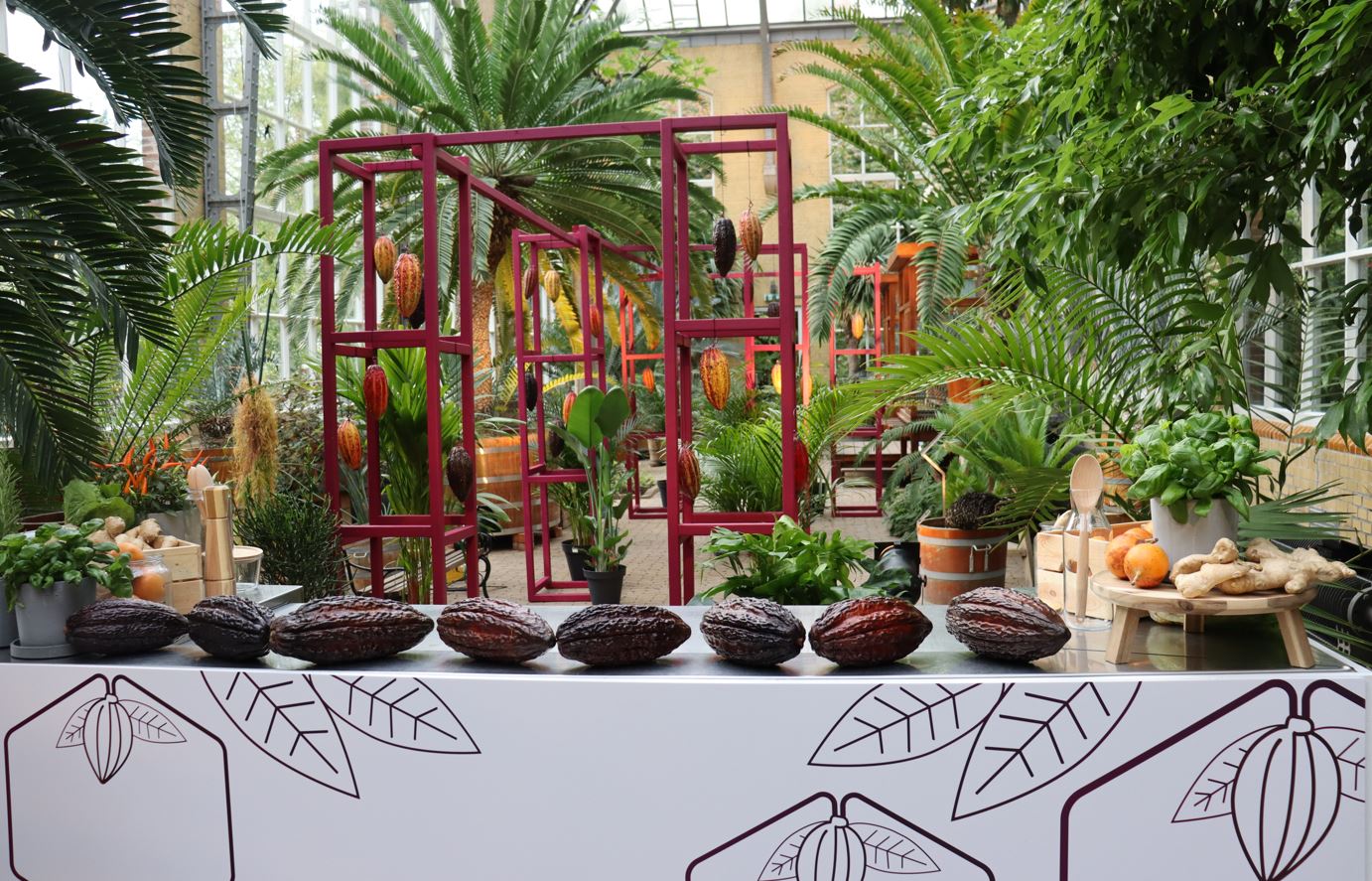 Powders on the horizon?
In addition to its rich flavanol content, cacaofruit is a good source of iron, magnesium and potassium. Combinations with herbs and other fruits can be explored to enrich the range with taste combinations and additional nutrients.

“We will sell Elix to other companies and they can configure it for what they need for their brands. Every company will have its own rulebook on how it wants to configure it because they know their consumers better than anyone else,” explains Perversi.

While Barry Callebaut is starting with the liquid, Perversi notes that other formats may appear in the future.

“That’s also something for us to develop with our customers – we need to give them the solutions for what they need in the future. If they think they can make this into a powder format, then I’m sure we’ll be talking about it in the future.”

“The journey isn’t stopping here – it is continuing to go, and it could be more elixirs in that direction as well.”

Elix will join Barry Callebaut’s burgeoning Cabosse Naturals brand, which features a range of ingredients that showcase the zesty taste and natural richness of cacaofruit.

These ingredients are also used in the company’s WholeFruit chocolate, which is made from 100% cacaofruit.

As more consumers gain interest in dietary supplements and on-the-go formulations, the delivery format and encapsulation industry is expanding to meet these needs.... Read More

Norwegian-based Aker BioMarine reported a net profit of US$15 million, presenting an increase of US$18 million in Q2 compared to the same quarter in 2021. Revenues are... Read More