You are in : All News > EFSA rejects Unilever black tea health claim 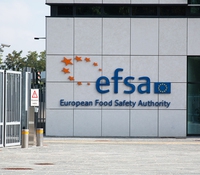 18 Jan 2018 --- The European Food and Safety Authority (EFSA) has rejected a health claim regarding black tea’s effects on the maintenance of normal endothelium-dependent vasodilation in adults. The application, submitted for authorization of a health claim pursuant to Article 13(5) of Regulation (EC) No 1924/2006 by Unilever, pertained to “black tea beverages, either freshly prepared or reconstituted from water extract powders of black tea, characterized by the content of flavanols (expressed as catechins plus theaflavins) of at least 30 mg per 200 ml serving.”

In its Scientific Opinion, published on 16 January, EFSA notes that, “on the basis of the data provided, the EFSA Panel on Dietetic Products, Nutrition and Allergies concludes that a cause and effect relationship has not been established between the consumption of black tea and maintenance of normal endothelium-dependent vasodilation.”

EFSA’s noted that although it acknowledged that L-carnitine is needed for the transport of long-chain fatty acids across the mitochondrial membrane, “the human body is able to synthesize L-carnitine from methionine and lysine, and that there is consensus that L-carnitine is not an essential nutrient. No dietary reference values have been set for L-carnitine.”

The panel notes that although L-carnitine is considered an indispensable nutrient for (both preterm and term) infants because of a temporarily insufficient synthesizing capacity – highlighting why a minimum L-carnitine content in infant formula has been established – this insufficient capacity to synthesize carnitine cannot be extrapolated to any other subgroup of the general healthy population, for which the claim is intended.

“Carnitine deficiency understood as clinical symptoms which can be corrected by carnitine administration has not been demonstrated in any other healthy population subgroup. In this context, the references submitted by the applicant on carnitine transporter deficiency syndromes do not provide evidence that dietary L-carnitine is required to maintain normal lipid metabolism in the target population for the claim (general healthy population),” the Scientific Opinion notes.

It continues, “no evidence was provided that dietary carnitine could reverse the symptoms developed by the patient on long-term total parenteral nutrition and the supplementation studies with L-carnitine in healthy subjects do not provide information on whether dietary carnitine is required to maintain normal lipid metabolism (including normal fat oxidation), but rather on whether supplemental carnitine could modify the rate of fat oxidation under certain conditions.”

After EU regulators deemed the European Commission decision to ban titanium dioxide a “manifest error” of assessment, the status of TiO2 is being questioned... Read More