You are in : All News > DSM temporarily reduces vitamin C production in China amid shifting market dynamics

06 Dec 2022 --- Royal DSM is implementing a “major reduction” of vitamin C production at its Jiangshan plant in China with immediate effect. The Dutch multinational says it will evaluate a return to normal production levels in 2023 after the Chinese New Year.

The production slowdown comes amid “unsustainable” current pricing, which has made the continuation of usual output levels unviable at the China facility. However, the company’s Quali-C production in Dalry, Scotland, is not impacted.

Allocation procedures have been activated across the global DSM production network to ensure a continued supply of vitamin C.

The company says that this local, temporary measure reconfirms its strategy to leverage its global production infrastructure to ensure the long-term sustainable and profitable production of key vitamins. Reducing output will also support its aim to lower its working capital.

Vitamin C is a water-soluble nutrient that supports important functions in the body with its antioxidant capabilities, from immune health to facilitating iron absorption and the formation of collagen for blood vessels, bone, teeth, skin, heart and gum health.

Navigating market volatility
DSM has already been forced to respond to difficult market dynamics this year for other products. In November, it was pressured into increasing prices for its vitamin products manufacturerd in Europe.

In the same month, the company revealed it would stop production of its Rovimix vitamin A at its facility in Sisseln, Switzerland, due to surging energy costs. The shutdown is expected to start in January 2023 and last for two months.DSM Jiangshan Pharmaceutical is a world-leading vitamin C producer (Image credit: Jiangshan).

DSM Jiangshan Pharmaceutical (Jiangsu) – founded in 1990 – is described as one of the world’s leading vitamin C manufacturers. The plant utilizes an advanced two-step-fermentation technology that safeguards the core technical processes of fermentation, extraction and crystallization.

In 2018, the company invested approximately €50 million (US$52.6 million) to bolster its vitamin C production at Jiangsu with improved environmental sustainability and worker safety conditions.

In the same year, vitamin C prices reportedly increased to more than US$15 per kg as China announced more stringent environmental policies, leading to approximately 30% reduced capacity. The price surge contributed a one-time effect to DSM’s reported €415 million (US$436.2 million) sales revenue in 2018.

Supplement demand diversifies
According to DSM’s recent Immunity Report, the COVID-19 pandemic has caused many people to focus on their immune health all year round rather than just during illnesses. The interest in immune-supporting supplements is on the rise and predicted to continue growing.

However, instead of focusing on the known powerhouse for immunity – vitamin C – the company reveals in the report that 88% of the world’s population have suboptimal vitamin D levels, facilitating market opportunities in this space.

DSM suggests that brands combine vitamin D with other immunity-enhancing vitamins and minerals, like zinc, vitamin C, B6 and B12 or herbs to make their products more appealing to consumers. 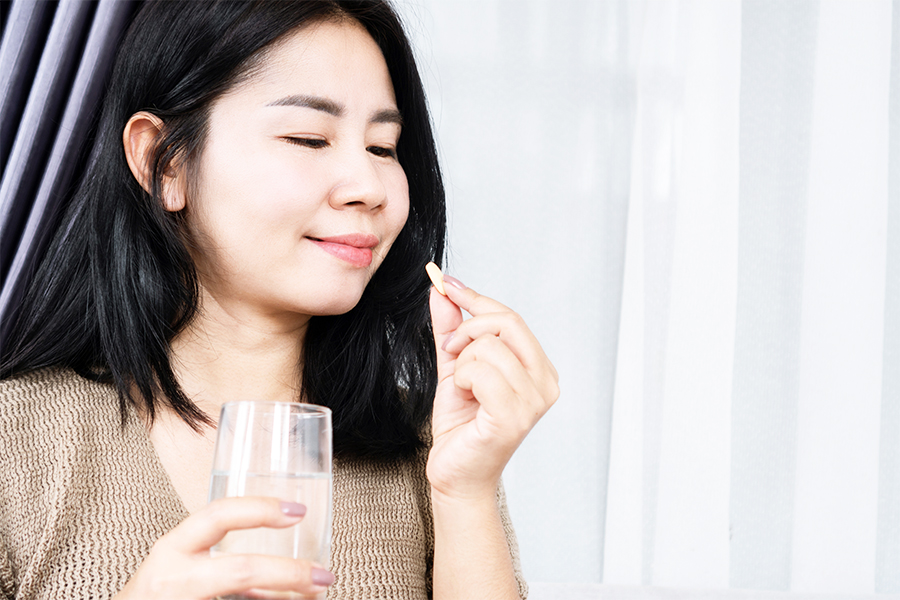 According to DSM’s Immunity Report, consumers are more interested in immunity-boosting supplements since the COVID-19 pandemic.

Meanwhile, the report illustrated that consumers are increasingly interested in trading privacy for personalized nutrition and a more holistic focus on improving sleep and relieving stress through supplements.

DSM in the news
In other recent developments, DSM unveiled Vertis Textured Pea Canola Protein, which it believes can exploit a significant gap in plant-based nutrition. The ingredient is touted as the only soy-free, textured vegetable protein with the necessary levels of all nine essential amino acids, which classifies it as a complete protein.

Also, the health and nutrition multinational and privately-owned Swiss fragrance and flavor leader Firmenich launched an exchange offer last month as part of their merger to create DSM-Firmenich.

The combination will reportedly make DSM-Firmenich the world’s largest nutrition, fragrance, beauty and well-being supplier in the world with revenues exceeding €11 billion (US$11.56 billion).

Meanwhile, DSM announced two endeavors that will enhance its dietary supplement distribution abilities in North America and expand production of its methane-reducing feed additive for cattle.