You are in : All News > Trending diet tackles IBS: The Low-FODMAP diet’s potential inspires NPD 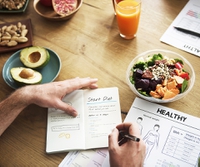 06 Jun 2019 --- Gut health is a top concern among consumers and industry is zeroing in on this market with targeted NPD. A common gut-related affliction is irritable bowel syndrome (IBS). The gluten-free diet craze has cemented itself in the mind of consumers who wish to diminish gut discomfort. However, a new kind of diet that specifically targets IBS also holds growing promise. The low-FODMAP diet is a diet low in fermentable carbohydrates that may trigger IBS. Industry has taken note and there is an array of products coming out that boast “low-FODMAP” attributes and promise to offer relief from the adverse effects of IBS.

IBS is the most common functional gastrointestinal (GI) disorder, with worldwide prevalence rates ranging in the area of 10-15 percent, according to the International Foundation for Gastrointestinal Disorders (IFFGD). Among patients, around 40 percent of people have mild IBS, 35 percent moderate IBS and 25 percent severe IBS.

Many people do not recognize their symptoms as stemming from IBS, however, it is one of the most common disorders seen by physicians. A diet low in fermentable carbs, also known as FODMAPS, is clinically recommended for IBS management. FODMAP is an acronym that stands for “Fermentable, Oligosaccharides, Disaccharides Monosaccharides and And Polyols,” Julie Imperato, Marketing Manager at Nexira, tells NutritionInsight.

Lactose, fructose, oligosaccharides and sorbitol, mannitol and xylitol are high in fermentable carbohydrates and should be avoided while following the low-FODMAP diet, Imperato notes. This is because FODMAPs are short-chain carbohydrates. They are poorly absorbed in the gastrointestinal tract but easily and quickly fermented by gut bacteria causing IBS manifestations (gas, bloating and discomfort).

Maintaining a diet that is low in FODMAPs can alleviate these symptoms. “The low-FODMAP diet has been shown to help 75 percent of people following it, reduce gastrointestinal symptoms such as bloating, flatulence or general discomfort related to IBS,” Jussi Loponen, D.Sc. (Food Science), Head of Research, Fazer Group, tells NutritionInsight.

Foods to avoid while on the low-FODMAP dietLassi Katavisto, Country Manager at Fazer Lifestyle Foods Finland (Fazer Finland Oy), highlights that the low-FODMAP diet could provide significant commercial potential as one out of five people is avoiding bread and other products that are high in FODMAP compounds (vs. the gluten-free diet, which accounts for only 2 percent of the total population).

“Personalized nutrition is becoming a big thing, as opposed to one-fits-all solutions, and low-FODMAP is directly addressing that need,” Katavisto adds. The company is innovating in the area of bakery and snacks, as well as in the food supplement space with its enzyme-based low-FODMAP solution, the patented LOFO enzyme.

Adopting a personalized nutrition approach
However, Loponen says that people should try out which foods are causing issues in their gut and what dosages, and not blindly cut out foods from their diets.

One common consequence of the low-FODMAP diet, he says, is that it can easily lead to a generally low fiber intake as people omit wholegrains and many vegetables and fruits from their diet. “The gut needs good fiber to feed and maintain diverse microbiota. Fibers that are slowly fermented in the gut are likely to cause much less or no symptoms compared to fast-fermenting oligosaccharide fibers. So choosing fiber-rich foods that contain slowly fermentable fiber, such as oat beta-glucan, is crucial to keep the fiber intake at an adequate level.”

“Some fermented foods can also be better tolerated as the fiber components have undergone pre-fermentation during the food processing and can be considered better digestible,” he further notes.

IBS-related symptoms are highly individual – some people feel bloated from wheat fructans, whereas others are sensitive to certain polyols such as sorbitol, Loponen notes. Building a FODMAP diet that fits an individual’s profile is indeed another way towards a more personalized nutrition plan.

Low-FODMAP inspired product launches
As the diet is increasing in popularity, several industry players are trying to tap into its marketing potential. Early adopters include Nestle, which has launched a low-FODMAP snack drink, “ProNourish,” designed to help people with IBS snack easily, and get enough low-FODMAP fiber on the go.

“Our full range has been accredited by the FODMAP Friendly Food Program, a government-registered certification trademark. Our flour is low in all FODMAPs at 100 grams, making it suitable for all phases of the low-FODMAP diet. The FODMAP Friendly certification logo is clearly displayed on all our products, and familiar to our consumers,” Caroline Honan, Director at Manildra Group, tells NutritionInsight.

Lo-Fo Pantry low-FODMAP wheat flour by Manildra GroupTaiyo’s Technical Sales Director Derek Timm Ph.D., RDN, previously spoke to NutritionInsight about the company’s soluble fiber ingredient; Sunfiber, which is touted as providing all the benefits of dietary fiber, “without the negatives”. Although Sunfiber has mainly been featured in medical and beverage applications, Taiyo plans to broaden this scope by combining the ingredient with other bioactives to target health concerns that go beyond digestion, the gut and regularity.

In the same space, Nexira released Fibregum, a soluble dietary fiber sourced from acacia trees. It is a highly branched polysaccharide, which ferments gradually in transverse and descending colons without generating discomfort.

Fazer Mills developed an enzyme-based solution that the company says provides a low-FODMAP feature for wheat and rye baking. “Our innovation pipeline is driven mostly by consumers and especially by problems they are facing related to food. Gastrointestinal well-being pops-up constantly as one major area where consumers are facing issues like food-related symptoms,” Loponen notes.

“We are working obviously with technological solutions related to the FODMAP issue and already have developed sourdough-based and enzyme-based solutions to make grain-based products. We see similar challenges also in many plant-based foods,” he says. “However, we have longstanding expertise when it comes to oats and their use in various food products. Oats are mainly used as ingredients that are high in fiber, for example, flakes or oat bran, and luckily oat fiber usually fits well also with people sensitive to FODMAPs.”

The future of gut health
As gut health and the microbiome remain popular areas of concern and research, more innovation is bound to reach consumers. High consumer interest is driving innovation in the space and the more science and industry understands about gut health, the easier it becomes to target it effectively. The gut-brain axis is another area in this arena, that research is targeting and industry is following.

“The gut-brain axis as a broad term is where a lot of research is being done and knowledge increases rapidly. The connection between the gut microbiota, their metabolites and signaling systems with the brain functions will be a big trend,” Loponen notes.

This should also be approached very holistically. It is very unlikely that there is a single probiotic microbe or prebiotic fiber that could offer the solution for a complex system, he adds. In the end, it can be that the same healthy food that is recommended today and in the past will remain the best choice also in the new era. So people should continue to consume fiber-rich, wholegrain foods, fruits and vegetables and increasingly include colorful plant-based foods in their diets, Loponen concludes.

Chr. Hansen webinar preview: The IBS and gut-brain axis link and how probiotics can help

Chr. Hansen details the connections between the gut-brain axis and Irritable Bowel Syndrome (IBS) as well as the ability of some probiotics, like the company’s... Read More

Deep dive on digestives I: Enzymes, FGIDs and precision probiotics

The digestives’ segment has seen interest over the last few years as consumers are becoming more aware of the relationship between the gut and overall health and... Read More

A low carbohydrate diet could help diabetes patients achieve better weight loss and glucose control in the short term, according to a study conducted by researchers from... Read More

A combination of three probiotic strains from AB-Biotics, a Kaneka Group company, has been found to reduce diarrhea-related symptoms in individuals routinely exposed to... Read More