You are in : All News > Diet trends of 2020: Intermittent fasting and keto in the limelight

Diet trends of 2020: Intermittent fasting and keto in the limelight

07 Jan 2020 --- The holiday season may spell indulgence but the month of January, ushering consumers into the new year, has wellness at its core. From joining movements such as Veganuary, which seeks to reduce meat consumption, to pledging an alcohol-free month or starting a new diet regime, this is a time of a particular consumer embrace of healthier nutrition. In this spirit, NutritionInsight takes a look at trending diets such as intermittent fasting (IF) and the ketogenic diet, as well as NPD they have spurred.

Early in December 2019, Google announced its “Year in Search” analysis, which included the top trending searches in 2019. The analysis is based on an aggregation of trillions of search queries, identifying what people around the globe are most curious about. The most researched diets included intermittent fasting and the ketogenic or keto diet.

The formula for weight loss is simple according to experts. Restricting caloric intake seems to be a one-way street. However, many faddish diets have popped up in recent years, promising fast results. Despite this, nutritious eating regimes remain the ideal route to a healthy lifestyle. 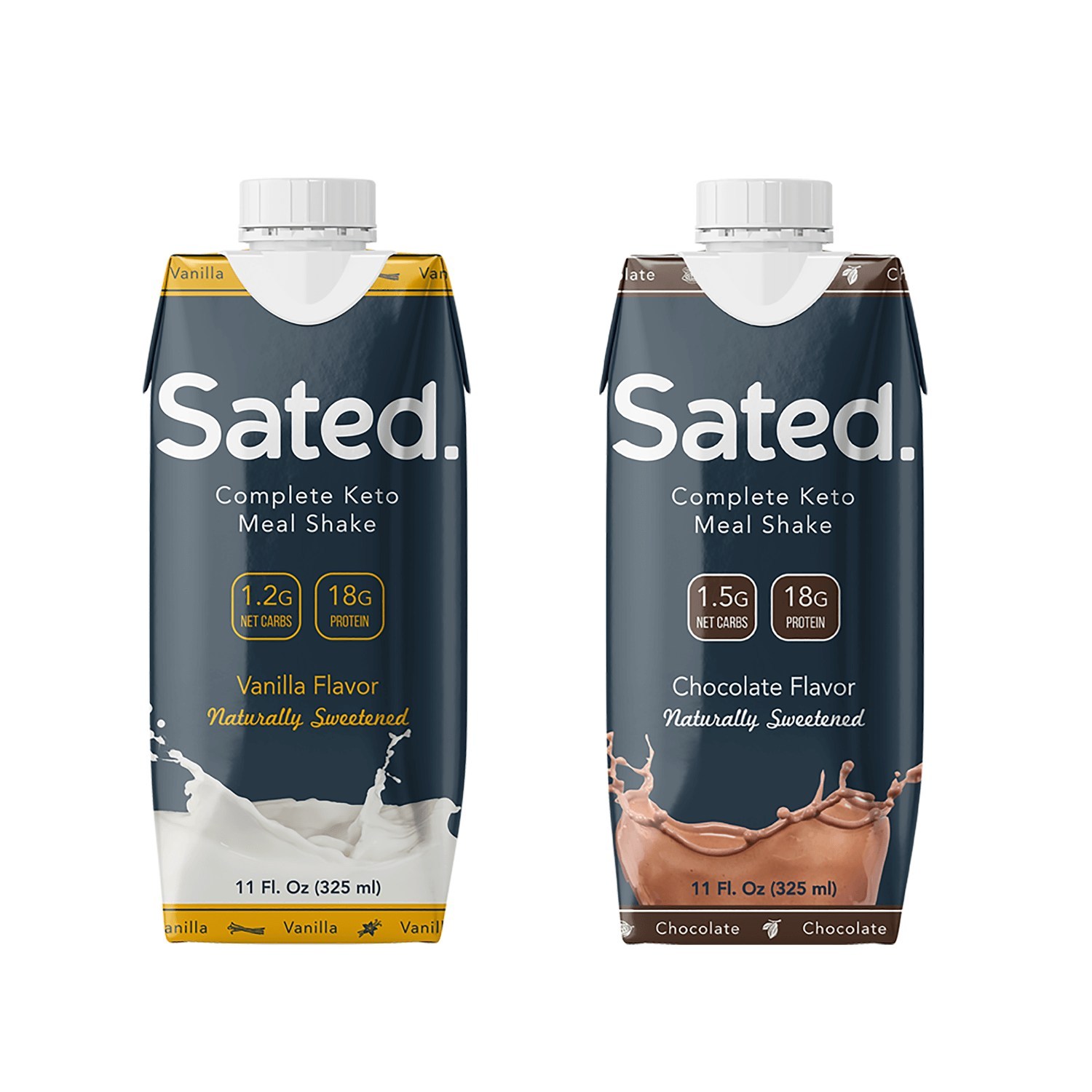 Sated brand offers ketogenic shake mixes, in a grab-and-go, ready-to-drink (RTD) format. “Intuitive eating is the trending diet of the future. The idea of never being too hungry or too full. Listening to the body’s hunger and fullness cues and choosing food for nourishment, not restriction. However, society demands something more exciting and more restrictive like a combination of vegan, paleo and keto all rolled together,” Aisling Pigott, Dietician at the British Dietetic Association (BDA), tells NutritionInsight.

The ketogenic diet maintains its popularity
Among the top trending diets of the past few years, the keto diet is a very low-carb, high-fat diet that shares many similarities with the Atkins diet. It involves drastically reducing carbohydrate intake and replacing it with fat. This reduction in carbs puts the body into a metabolic state called ketosis.

“The ketogenic diet is seen by consumers as a ‘magic answer’ when it comes to diet and nutrition. We live in a world where we are constantly sold messages that we are ‘not good enough and followers of the ketogenic diet often promote itas the holy grail when it comes to nutrition. Unfortunately, it is an extremely restrictive diet, which for many, is not maintainable in the long run,” Pigott comments.

Despite this, the ketogenic diet is almost a staple trend in the diet space, with many consumers following it in a bid to curb weight gain and promote weight loss. The diet has also inspired NPD with many brands trying to tap into its marketing potential.

Recently, Keto and Co, maker of the Sated brand of ketogenic shake mixes, released a grab-and-go, ready-to-drink (RTD) format of its product. Sated RTD are shakes produced to fill a key gap in the exploding market for convenient low-carb, ketogenic foods. With this launch, Sated markets its brand as the first nutritionally complete, ketogenic meal-in-a-bottle to hit the market.

Diet brand SlimFast also added an RTD meal replacement shake to its Advanced Nutrition line: Bananas & Cream. The latest addition is low-carb, lactose- and gluten-free and packs in 24 vital vitamins and minerals. It delivers 20 g of protein and 5 g of fiber. Banana & Cream joins the other flavors in the SlimFast Advanced Nutrition RTD line-up, including Strawberries & Cream, Vanilla Cream, and Creamy Chocolate.

“IF is gaining a lot of academic and media attention due to ongoing research investigating and exploring the impact of fasting on health. The literature suggests there may be some benefit in achieving weight loss and glycaemic control. However, we need to remember that any diet or lifestyle changes should be maintainable in the long term,” Pigott notes.

“Studies have shown that many of the health benefits of IF are not simply the result of reduced free-radical production or weight loss. It seems that IF is an effective dietetic approach as it improves glucose regulation, it increases stress resistance and suppresses inflammation. Also, according to other studies IF seems to improve multiple indicators of cardiovascular health in animals and humans, including blood pressure, resting heart rate, levels of high-density and low-density lipoprotein (HDL and LDL) cholesterol, triglycerides, glucose, and insulin and insulin resistance,” Dr. Charilaos Dimosthenopoulos, Chief Clinical Dietitian of Dietetic Department at Laiko General Hospital in Athens, Greece, tells NutritionInsight.

At only 180 calories per serving, Soylent Bridge was designed to be a solution for when hunger strikes between meals.IF has been the subject of research and more of its benefits are continuously revealed, when it is practiced correctly. It may promote weight loss and overall health in obese women and improve health and shield against age-related diseases.

Most recently, in a review article published in The New England Journal of Medicine, Johns Hopkins Medicine Neuroscientist Dr. Mark Mattson, concludes that IF “could be part of a healthy lifestyle.” IF diets, he says, fall generally into two categories: daily time-restricted feeding, which narrows eating times to six-eight hours per day, and so-called 5:2 intermittent fasting, in which people limit themselves to one moderate-sized meal two days each week.

Mattson further adds that IF may improve blood sugar regulation, increases resistance to stress and suppresses inflammation. Because most US consumers eat three meals plus snacks each day, they do not experience the switch or the suggested benefits.

Regarding NPD targeting people who practice IF, industry is seeing some interesting developments. Rosa Foods – maker of Soylent – announced a product that will join their breakthrough RTD and powder lines – Soylent Bridge. At only 180 calories per serving, Soylent Bridge was designed to be the perfect solution for when hunger strikes between meals, giving consumers a more nutritious, plant-based alternative to traditional snacks that are full of sugar and empty calories. This will not disrupt the fasting periods that IF mandates.

A number of IF apps have also appeared over the years to help consumers practice IF. In this sphere, Zero, a health and wellness platform for fasting, raised US$2.8 million last year, in additional funding from True Ventures and Trinity Ventures, bringing the company’s total seed funding to US$4 million. Zero’s advisory team includes doctors and researchers, who guide the company’s fasting protocols and oversee the development of science-backed content to help support users with their long-term health goals.

Nestlé Health Science (NHSc) is growing its weight management portfolio with the purchase of PronoKal from Abac Capital. PronoKal is an “applied... Read More

Abbott is developing a new category of consumer biowearables dubbed Lingo, slated to launch across Europe later this year. The healthtech giant aims to tap into... Read More

Bayer is investing €100 million (US$133 million) to accelerate its environmental sustainability measures and cross-industry collective action partnerships. The... Read More