You are in : All News > Diana eyes synbiotic opportunities: Symrise Nutrition Division to assess polyphenol and probiotic synergies 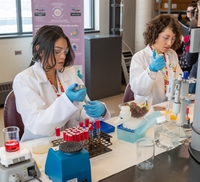 04 Dec 2018 --- Diana, the Nutrition Division of Symrise, is eyeing the potential of fusing fruit and vegetable polyphenols with probiotic strains from the company’s Probi business for the creation of synbiotic ingredients. One of the key platforms for a new research project will be assessing the potential for optimal gut health products that combine Probi strains such as LP299V with prebiotics.

As a result of close partnerships between Diana Food Canada subsidiary with Laval University (Quebec) and with the support of the Natural Sciences and Engineering Research Council of Canada (NSERC), Diana last month launched an ambitious five-year research program. The mission is to identify how polyphenols found in fruits and vegetables reciprocally interact with the intestinal microbiota, using metabolomics and metagenomics. The NSERC/Diana Food Industrial Research Chair on the Effects of Polyphenol Prebiotics from Fruits and Vegetables is spearheading research in this field in Canada and worldwide.

The Chair is funded by the Natural Sciences and Engineering Research Council of Canada (NSERC), Diana Food Canada Inc. and Université Laval. Funding for the program, including a related project receiving a collaborative research and development grant, totals more than CAD$3 million over five years. This program, as part of the strategic development plan of Diana, will support the identification of innovative natural solutions promoting human health. 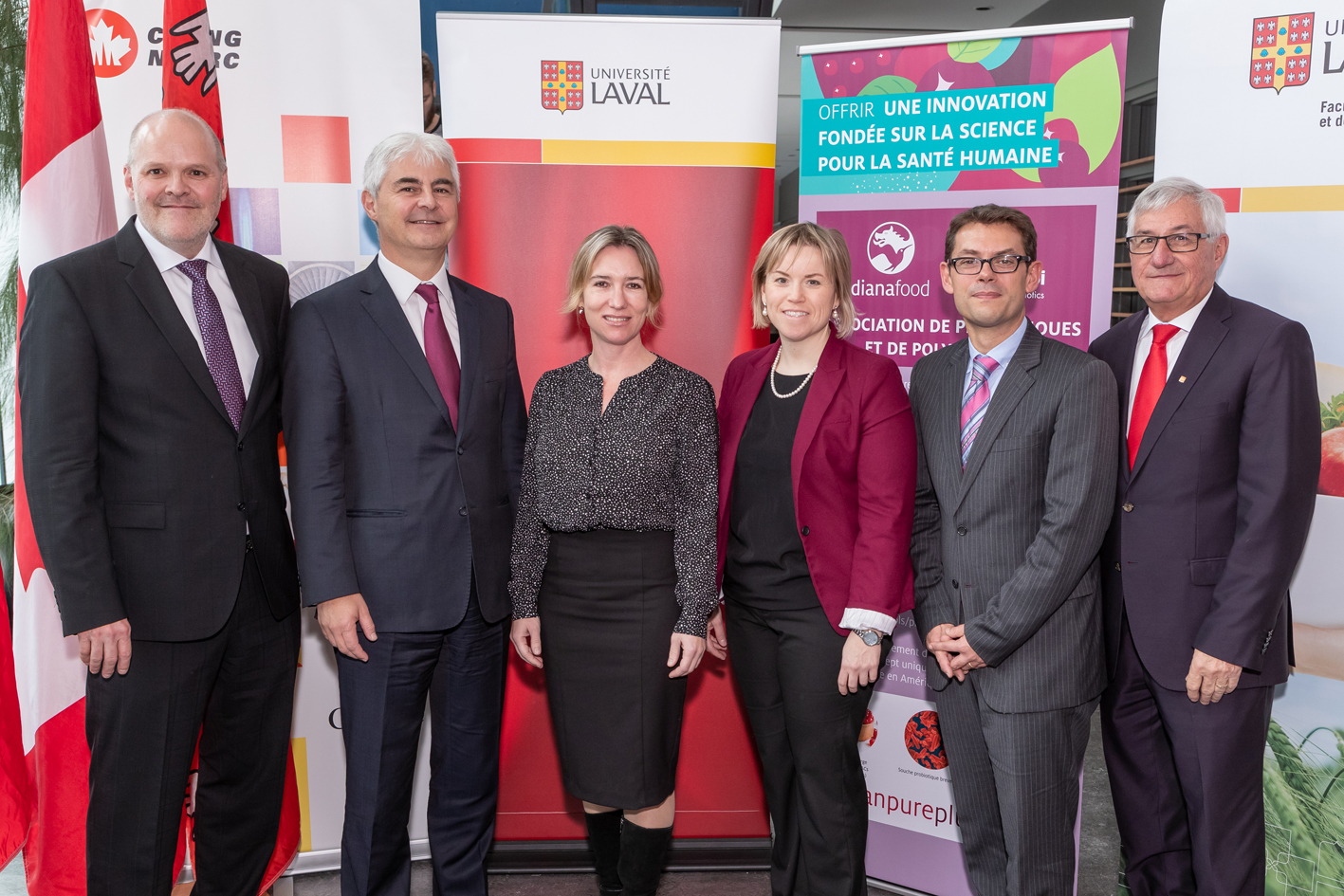 Jean-Yves Parisot, President Diana (Symrise Nutrition Division), stressed that Symrise spends more than €200 million per year on innovation and that this latest research investment goes in line with eyeing the nutritional potential of naturally sourced ingredients.

“It is an experimental approach to better understanding the ways in which polyphenols are metabolized in the microbiota of human beings. It could also be about developing substantial substrates for improving the health of people. That was a very important step for us and shows that we are really investing in this field with key actors,” he notes in a detailed interview with NutritionInsight.

In a promotion for the project, Laval University wrote that the global obesity crisis is driving steady growth in the market for functional foods and nutraceuticals as a whole, which may top US$50 billion in 2018. Over the next few years, prebiotics, which stimulates the proliferation of healthy bacteria known as probiotics, will spur even more growth in the industry. Experts are beginning to understand the essential role of gut microbiota in preventing chronic disease and the importance of diet in maintaining good health.

According to many researchers, fruits and vegetables are essential to a balanced diet because of the benefits from the fiber and polyphenols they contain. These two substances appear to have a decisive impact on the modulation of the microbiota. The effect of plants on the gut microbiota is a promising area of study that would not only help explain the impact of fruits and vegetables on health, but also open the door to the development of effective new dietary supplements. The goal of the Chair’s program is to determine the impact of certain fruit and vegetable polyphenols, alone or in combination, on the intestinal flora using metabolomics and metagenomics. In particular, it will study the effect of tannin-rich extracts on the interaction between the microbiota and these molecules. Products of interest to Diana Food Canada include cranberries, strawberries, cloudberries, onions, bananas, camu-camu and acerola. This will help understand the underlying physiological mechanisms that explain their health benefits.

The general objectives can be divided into three main areas:

• Develop innovative technologies to extract, isolate and concentrate polyphenols from fruits and vegetables and their co-products.

• Determine the types of microbial metabolites resulting from colonic fermentation of polyphenols and identify the metabotypes capable of metabolizing and potentiating polyphenols from a fecal specimen bank.

• Verify the prebiotic effect of various fruit and vegetable extracts on the growth of beneficial colonic bacteria in an artificial digestive system.

Jean-Yves Parisot has served as President of Diana – the Symrise Nutrition Division – and a member of the Symrise AG Executive Board since October 2016. He has also been the Chairman of the Board of Probi AB since April 2015. Before Diana's acquisition and integration into Symrise AG, he spent five years at the head of the Diana Food Division Business.

Parisot expects plenty to come out of the partnership. “We could identify what type of polyphenols, whether from cranberry, strawberry or Nordic red fruits, for example, could have a significant impact on the microbiota,” he explains.

Despite the apparent distance from the traditional Symrise business of flavors and fragrances, Parisot believes that the company is quite well placed to be active in this digestive health space too. “We are very strong at understanding molecules, raw materials and traceability. We have many plants in the world in terms of making specific extracts and we are also very strong in making probiotics. We can also provide some significant solutions when we have found the right way to combine these types of ingredients,” he adds. 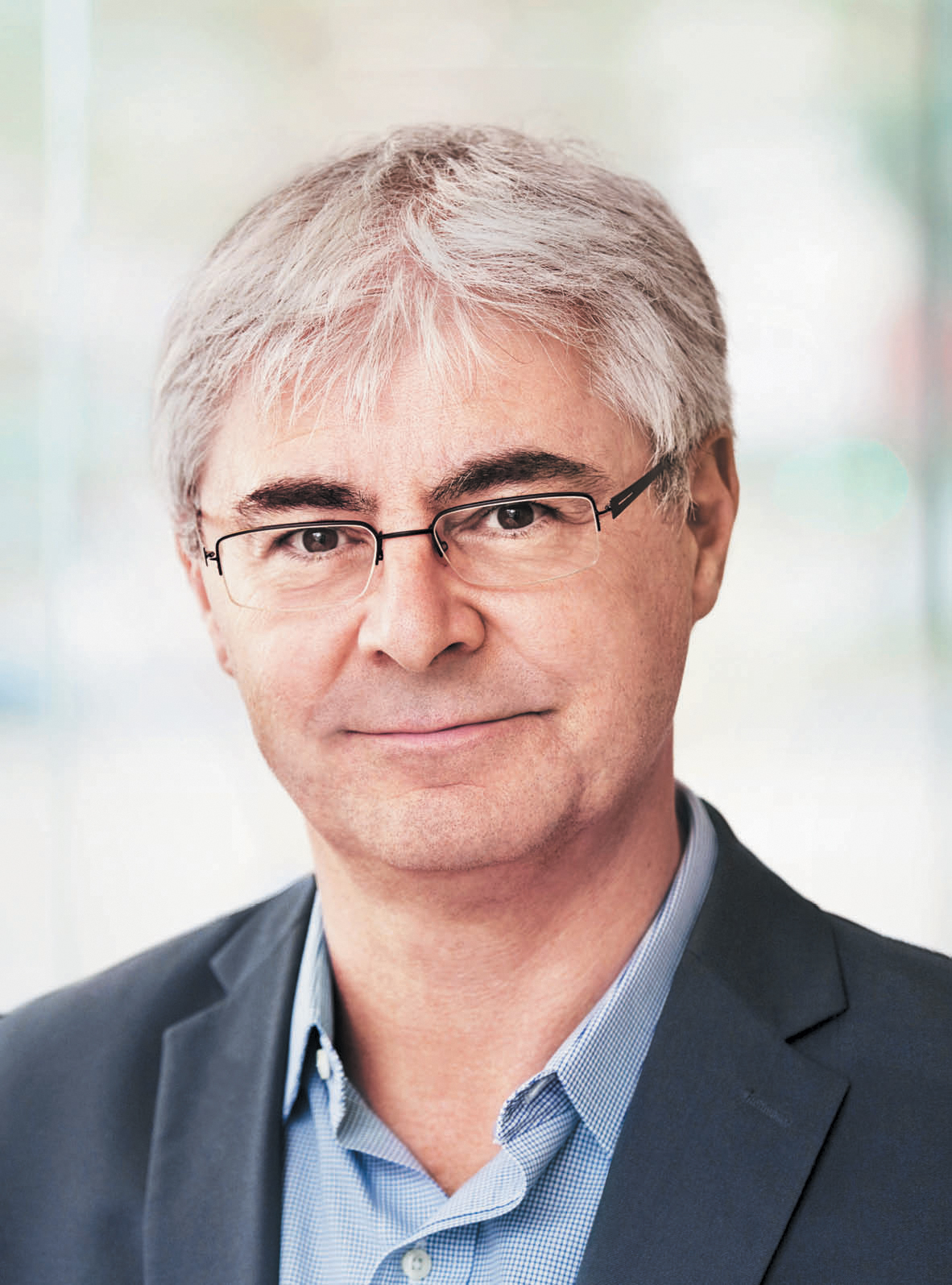 Click to EnlargeJean-Yves Parisot (President of Diana, Symrise Nutrition Division) Parisot notes Probi to be a science-driven organization with a very strong strain [LP299V] to help address gut health demands. Probi’s LP299V strain contains a single species of Lactobacillus that was found by Swedish researchers at Lund University. It has strong clinical evidence for the reduction of signs and symptoms of Irritable Bowel Syndrome (IBS) in adults. But the company also offers a product for iron absorption [Ferrosorb]. “We are also working with different clinical trials and some new trials on our portfolio. In the coming months we will disclose some really interesting results in some new fields,” he adds.

Despite a tough claims environment, particularly in Europe, where even the term “probiotic” itself is outlawed, Parisot stresses that building a strong scientific basis is key. “We are still making significant clinical trials and investing in them,” he notes. “Whether it is for North America, Asia or Europe, the scientific proof will be the same. It is definitely easier to claim in the US and elsewhere when compared to Europe. But I am very confident that we can go through that environment in Europe too and provide scientific proof to make a difference in front of the final consumer,” he adds.

And what about the challenge of explaining the prebiotic concept to consumers? Parisot believes that industry needs to take things one step at a time, with the focus being on scientific substantiation. “It took a while for consumers to understand the concept of a probiotic effect, but now these products are more common in the diet. The prebiotic effect first has to be demonstrated. We know that it exists and now we have to better understand the mechanism of action,” he explains.

For Parisot, Symrise holds a strong understanding of chemical interactions, raw materials and bioscience. “By combining these three know-hows, we can show how it works and why. There are some products on the market that show that it works. Now we really need to go to the next level for some significant clinical trials to really prove it. We will understand more about microbiota in the future and provide solutions that play off this synergistic effect when combining different ingredients and probiotics and/or prebiotics,” he explains.

The Symrise purchase of Diana in 2014 was a trendsetter, in that several other major flavor houses have made significant investments away from their base since then. 2018 has been a monumental year from this regard, with Givaudan’s acquisition of Naturex (an extracts supplier) and IFF’s purchase of Frutarom (a complex business that encompasses a patchwork of health ingredients subsidiaries) indicative of the trend.

“I think that Symrise was very visionary four years ago as the market is definitely moving towards more naturality,” says Parisot. “We are investing a lot in the naturalness of our products and see competition moving that way, since consumers are increasingly asking for more naturalness and clean tasting products. It is very important for us as a flavor, fragrance and ingredients supplier to move at the same speed as the market. It is not only about naturalness though, it is also about new kinds of solutions,” he stresses, including health & nutrition ingredients.

This also means that an expansion in health & nutrition is unlikely to stop at Probi. “We are very present in the upstream part of the value chain to provide a secure and high-quality solution to the consumer. Health & nutrition is an increasingly key question for everybody and they are increasingly linked together. Every time there is an opportunity to go into that segment we will consider it,” he concludes.

Earlier this year we reported on Diana's research partnership work in Canada around prebiotics. You can watch the video interview here.

26 Apr 2021 --- Symrise’s cosmetics division is expanding its lineup of multifunctional ingredients with the launch of Hydrolex E – a pure version of... Read More

15 Apr 2021 --- Symrise’s processed-probiotic SymReboot L19 ingredient is an effective solution for sensitive and dry scalp conditions, according to new research by the... Read More