You are in : All News > Cognitive health: Cambridge Commodities taps into RTD functional formats 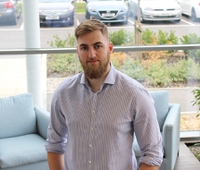 12 Mar 2018 --- Cognitive functional foods have been growing in popularity among consumers and Cambridge Commodities believes that foods that improve brain function are set for strong growth in the coming years. The company is on a mission to reinvent nootropics, to make them more accessible for consumers to drink on the go and when they most need them.

Within the food industry itself, nootropics have been slowly gaining an identity for themselves. A lot of nootropic ingredients have been present in sports products, such as pre-workout and there is also a lot of crossover products that serve overall health and wellbeing. In this way, they are being promoted not just as nootropics but as cognition boosters and brain supplements. Their popularity is increasing as a result of this.

“As well as improved focus, mood enhancement is also a big element of nootropics. Enhancing your mood can lead to more energy, greater confidence and boosted cognitive ability,” Scott explains.

Click to EnlargeCambridge Commodities has seen a gap and a need for nootropics on-the-go, which can be consumed when most needed during the day. Speaking to NutritionInsight, Scott said: “We wanted to take this to the next stage on a commercial platform, so we began by exploring new ways to showcase this in different formats. The product that we started with was a powder blend that was being delivered in a stick pack sachet,” he explains, “It’s an easy and convenient format, travel-friendly and it also answers the needs of a mid-afternoon slump when you need a bit of a pick me up.”

“Next we wanted to develop on this notion and quickly realized that a ready-to-drink platform would be the next obvious choice. A lot of sports ingredients such as BCAA, B vitamins and caffeine, are being used in RTD formats. We wanted to completely formulate a new product but instead of it being a nootropic supplement, we wanted to appeal to a mass audience. It was a logical choice for us to go for a carbonated drink. It’s relatable, convenient in a 250ml can, and the amount of interest that was generated from FiE gave us a good understanding of what we are capable of doing with these ingredients,” he notes.

“I wouldn’t say that everyone needs this product, it’s more beneficial in the instances when people are feeling tired, or unfocused and they need a bit of a pick me up in the afternoon. It can be a better-suited alternative to sugary or caffeinated drinks. This is a bit more functional and geared towards improving alertness, concentration or mental clarity,” Scott mentions. “The goal was to formulate a product that would benefit the person on consumption while containing ingredients that can help support brain function.”

Currently, there are only a few ingredients that you can use health claims alongside: they are B vitamins, such as B5, B6 and B12, which are all known to support the cognition and psychological claims. Caffeine has long been known to improve alertness.”

Scott says Cambridge Commodities “wants to support the fact that we can make these claims on our products.” It’s no longer just about looking after your body; consumers want to look after their brain and cognitive health nowadays too. But what is driving this force for cognitive health?

“We think a lot of it has stemmed from products that were originally in the sports nutrition category, but also social media has played a huge role in this,” he reveals. “If you search the word nootropics or brain health on Twitter or Instagram, it has evolved and is making a huge impact on these platforms.”

“People are not only looking at this from a supplement angle, but they also see a dietary aspect,” Scott says. “They want to actively improve their health by consuming foods which can help support brain health as well as the body.”

“It’s about being more aware as a whole, the social media movement and having more of a voice in a specific area. Brain health products have helped consumer’s awareness and the whole social media aspect of it,” he notes.

How does Cambridge Commodities expect this trend to roll out? “The way the trend is going at the moment would suggest that it will become more mainstream,” Scott continues, “In the US it’s a US$2 million industry, so it is certainly growing and is expected to grow into 2019. The UK and Europe aren’t quite where America is yet (at the moment that is a general rule of thumb). It will be hard to judge what other formats they will go into if they stick to RTD. I’d be interested to see if it gets past the supplements stage.”

Looking to the future, Scott maintains that Cambridge Commodities is looking to further innovate in this area: “As a company, we have been looking at this subject around 12-18 months, so we are always looking for the next big thing regarding NPD and the next way of delivery. Nootropics were an ongoing thing and started off very small, but now it's making its way into a commercially recognized format,” he says.

Scott also noted that nootropics have the potential to become geared towards professionals. “People who have quite a mentally demanding and challenging job such as lawyers, doctors, students, etc., could benefit from a product like this. We’ve seen endorsements from professional poker players and online gamers which could influence other consumer groups to take notice,” he concludes.

Cambridge Commodities is a leading stock holder and ingredient supplier to the sports nutrition, health & wellbeing, food & drink, and pet & equine nutrition industries. We hold over 2,500 ingredients in stock ranging from vitamins and minerals to proteins, superfoods and free-from powders. Our mission is to enable our customers to make the best quality products from the highest quality ingredients. We are dedicated to delivering this through our commitment to quality, service and innovation.

At Cambridge Commodities we are dedicated to providing clients with the highest quality nutritional ingredients to make the best possible products. This mission starts by ensuring that high standards are met at every step of the supply chain. We hold a variety of quality and industry accreditations including BRC Food 7, Informed-Sport, Organic, ISO 9001, ISO 14001, ISO 22000 and our clean rooms are ISO Class 8 standard.

Cambridge Commodities has grown significantly in recent years turning over £30m in 2014 to £37m last year. Our European sales have grown from £300k in 2011 to an impressive £7m last year. In addition to this Cambridge Commodities was ranked 36 on HSBC’s International Track 200 2015. More recently, CCL was named in the London Stock Exchange’s 1000 Companies to Inspire Britain as well as winning two local business awards: International Trade Champion and Medium Business of the Year.

18 Mar 2020 --- The notion of “mindful choices” continues to dominate industry, alongside the demand for natural, clean label ingredients and substances obtained from... Read More