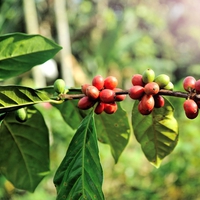 26 Aug 2019 --- Canadian brand Wize Monkey has created a tea product made from upcycled prunings of the arabica coffee plant, which offers high levels of antioxidants, vitamins, minerals and phenolic compounds. Based on compiled research, compounds in the coffee leaves were found to be beneficial in helping prevent cerebrovascular disease, promote anti-inflammatory activity, manage blood sugar levels and aid weight loss. The company is seeking to further refine its various processing methods to optimize the beneficial properties of its coffee leaf tea.

“There was no framework to help us create Coffee Leaf Tea from scratch,” Arnaud Petitvallet, Co-Founder and COO of Wize Monkey, tells NutritionInsight. “We knew it had been traditionally consumed in various parts of the world, including Ethiopia and Indonesia, but there were no ‘how-to’ guides available out there to start making coffee leaf tea. We had to process hundreds of coffee varieties and batches with different methods to finally find a product that we were satisfied with.” 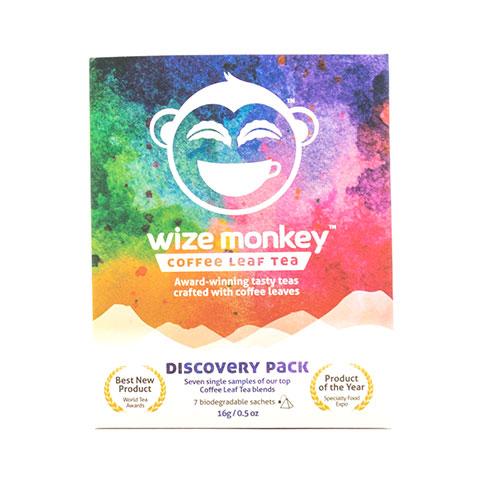 Click to EnlargeWize Monkey coffee leaf tea.Coffee leaves, prepared as a tea, have been commonly consumed by coffee communities of Ethiopia and Indonesia for several centuries, under the name of “Kuti” in Ethiopia and “Kawa Don” in Indonesia. The antioxidant-rich beverage is presented by Wize Monkey as a good source of fiber, protein, iron, potassium and calcium, in addition to providing anti-inflammatory benefits through nitric oxide. The leaves also contain all the essential amino acids, the brand highlights.

In the summer of 2016, Wize Monkey created small scale batches of Coffee Leaf Tea replicating the traditional tea processing methods for white tea, green tea, oolong tea and black tea. All samples were processed on the same farm at the same period, using the same coffee leaves. The processes were replicated twice, to test for young and older Arabica leaves.

Using traditional tea samples as a benchmark, they then assessed the phytochemical content of bioactive coffee leaf teas with Dr. David Kitts and his research associate Dr. Xiumin Chen from the Department of Food Science at the University of British Columbia. Their main findings were the following:

Wize Monkey is currently working on expanding its product range with fermented versions of traditional teas,such as green tea, which are processed in a similar manner to classic pu’erh tea.

“We have conducted research on some samples we have created, and not only does their taste completely change from the current version we have, which is closer to an oolong, but the health benefits also shift,” explains Petitvallet. “Our green tea packs more antioxidants than a traditional green tea, while darker versions are showing a dual effect in nitric oxide production, ultimately helping reduce inflammation and lowering blood pressure. We are also working on a ready-to-drink version of our tea, relying on the natural sweetness of the leaf to remove any need for sugars and artificial sweeteners.”

Mangiferin-rich coffee leaf tea
Presence of a high concentration of mangiferin, a polyphenol traditionally found in mangoes with antioxidant capacities, was identified in brewed coffee leaves by the researchers. The analgesic and anti-inflammatory compound has been used in traditional ayurvedic and ethno-medicine for generations, employed against rheumatism and diphtheria in India, and is used in Sri Lanka to deal with diabetes under the brand name Salaretin.

Mangiferin is also used in cosmetics, due to its antioxidant and UV-protecting properties.  Several studies indicated also its ability to inhibit cancerogenesis and cancer cells growth by apoptosis induction in vitro and in vivo. A metabolite of mangiferin called norathyriol, in particular, was found by University of Minnesota researchers to inhibit the growth of skin cancer.

In post-menopausal women, mangiferin was found to exhibit a positive vascular effect, according to research by the University of California. The study also detected favorable changes in the production of breath methane, indicating the mango’s positive influence on gut fermentation.

The polyphenol is also present in some medicinal herbs, influencing their therapeutic and preventive properties, and in honeybush (Cyclopia sp.) tea, which is popular in South Africa.

Presence of rutin in coffee leaf tea
The significant presence of the bioflavonoid rutin has also been proven in coffee leaves, in research cited by Wize Monkey. In its study, the compound has demonstrated a wide range of pharmacological applications due to its significant antioxidant properties. Conventionally, the natural compound is used as an antimicrobial, antifungal and antiallergic agent.

Current research has outlined rutin’s pharmacological benefits for the treatment of various chronic diseases such as cancer, diabetes, hypertension and hypercholesterolemia. Its use is advantageous over other flavonoids as it is a non-toxic, non-oxidizable molecule.

Rutin is also known to activate the brown adipose tissue (BAT) in the body to increase metabolism and facilitate weight loss, according to research published in The FASEB Journal.

03 May 2021 --- Gencor’s joint pain ingredient Levagen+ has been proven effective in reducing discomfort and improving quality of life in a recent study. Researchers... Read More

22 Apr 2021 --- Robertet is shedding light on the role of cellular health on sports nutrition. The French company says that COVID-19 has been pushing greater athlete awareness of... Read More

Ramadan fasting during COVID-19: Experts weigh in on immunity research

15 Apr 2021 --- The month of Ramadan has begun, in which the majority of the world’s 1.8 billion Muslims are expected to abstain from consuming foods or fluids during... Read More