You are in : All News > Chr. Hansen-funded study finds bifidobacteria fights aspirin-caused ulcers 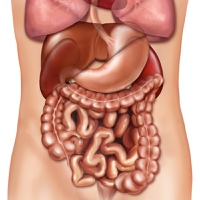 08 Oct 2019 --- Bifidobacteria breve (Bif195) can prevent and heal ulcers caused by acetylsalicyclic acid, commonly known as aspirin. This is according to clinicians at the Mercy Hospital and investigators at Cork’s APC Microbiome Ireland, whose study is published in Gastroenterology. The study was in collaboration with Chr. Hansen and builds on APC Microbiome Ireland’s earlier observations. These showed how some bifidobacteria produce a protective protein that promotes healing of the intestinal epithelial lining. These findings are critical, given that more than 30 percent of US adults over the age of 40 are estimated to take aspirin daily.

“Although prior studies have described stomach damage from aspirin and non-steroidal anti-inflammatory drugs, this is, to the best of our knowledge, the first trial to record a detailed time-course of aspirin-induced, small-intestinal damage. Even more impressive was the subsequent reversal of the damage by the bifidobacterium that could be added as a natural supplement to the diet of patients on long-term aspirin,” says Dr. Martin Buckley, who led the clinicians at Mercy Hospital. Although bifidobacterium is commonly found in newborns’ guts, the levels tend to decline as people age.

Click to Enlarge While chronic low-dose use of aspirin is recommended, regular use of NSAIDs can lead to undesirable effects, including ulcer bleeding. This study provides objective endoscopic (photographic) evidence from human volunteers that aspirin-induced ulcers can be reduced by bifidobacteria. It was also in collaboration with local Cork company Atlantia Food Clinical Trials, which designs and delivers clinical studies for functional ingredients, supplements, pre- and probiotics, medical foods, infant formula and microbiome-based therapeutic sectors.

“This case study is an excellent example of a collaboration between an SFI Research Centre, APC Microbiome Ireland, an innovative Irish SME, Atlantia Food Clinical Trials, multinational biosciences company Chr. Hansen and the Mercy University Hospital,” says Fergus Shanahan, Principal Investigator APC Microbiome Ireland. “The four partners collaborated synergistically to deliver a high-quality clinical study, which could not have been carried out by the teams individually.”

Painkillers causing pain
Aspirin is a non-steroidal anti-inflammatory drug (NSAID), which is commonly used around the world. While chronic low-dose use of aspirin is recommended for its cardiovascular-protecting properties, regular use of NSAIDs can lead to undesirable effects, including ulcer bleeding. However, a study last year found that a daily dose of aspirin does not prolong healthy, independent living in older people.

This study consisted of a single-site, double-blind analysis of 75 healthy volunteers who were given 300mg of aspirin daily for six weeks. Some participants were given oral capsules of Bif195, while others were given a placebo daily for eight weeks.

It was found that the area under the curve for intestinal damage was significantly lower in the Bif195 group than the placebo group. The area under the curve for ulcer number was also significantly lower among those who had taken Bif195. Twelve adverse events were reported from the Bif195 group and 20 from the placebo group, although none of the events were determined to be related to Bif195 intake.

Last year, Chr. Hansen completed a clinical trial demonstrating that a probiotic strain strengthens defense against gut damage caused by regular aspirin use. This marked a milestone in Chr. Hansen’s probiotic innovation program. One of the focus points of the program is proving the potential of probiotic strains to protect against intestinal damage and develop these into proprietary products.

“With this particular strain, we have reached a key milestone. We are now continuing to invest in this concept to further investigate the potential of the strain. Our goal is to make it available to the many millions who need to take ASA regularly to support their long-term health,” said Johan van Hylckama Vlieg, then-Vice President of Microbiome & Human Health Innovation.

Chr. Hansen recently started BacThera, a 50/50 joint venture with pharma contract manufacturing company Lonza. The new collaboration, which will attract €90 million in investment from the companies over the next three years, specializes in the manufacturing of live biotherapeutic products.

25 Mar 2021 --- Breast milk-fed babies can benefit from supplementation with the probiotic B.infantis as it persists in the baby’s gut for up to one year and plays a valuable... Read More

25 Mar 2021 --- The COVID-19 pandemic has acted as a catalyst on the sports nutrition industry, propelling consumer awareness and demand for products aiding athletic activities... Read More