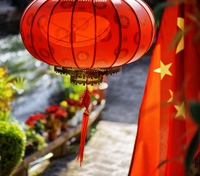 30 Aug 2019 --- Chinese consumers are becoming increasingly aware of the importance of gut health and are seeking nutritional solutions within this space, according to research by Beneo. With rising disposable income, a growing middle class and busier lifestyles, many of China’s consumers are also more susceptible to an unhealthy food culture, notes the company. Beneo further underscores the role of food and beverage manufacturers as a “force for change” in promoting gut health through functional products.

In the company’s recent consumer survey, 72 percent of Chinese consumers believe that diet plays a major role in building a healthy lifestyle, with almost half placing a high emphasis on digestive health’s role in overall well-being.

“Amid rapid economic growth and urbanization, Chinese consumers are constantly faced with high stress levels, lack of sleep and a diet high in processed food. This fast-paced lifestyle can damage the balance of bacteria in our gut and in turn, affect the overall health of the population,” says Myriam Snaet, Head of Market Intelligence & Consumer Insights, Beneo.

Industry is gradually catching on to the gut health trend. Innova Market Insights data reveals that the digestive health market is undergoing an NPD boom with innovation happening in a diverse range of categories. While dairy is still by far the largest category for digestive health claims, global growth is pegged by the market researcher as “very modest,” with just 0.3 percent growth reported in terms of CAGR from 2012 to 2017.

“The results of Beneo’s consumer survey show that Chinese consumers are taking action. They are seeking a diet high in prebiotic fiber to ensure the healthy function of the colon. For instance, yogurt, pre- and probiotics and fiber-enriched foods, including cereals, are increasingly seen as products that have a positive impact on digestive health,” highlights Snaet.Click to EnlargeA quarter of the respondents in the study reported that they are frequently affected by digestive issues, with 62 percent indicating that digestive problems are a concern.

A quarter of the respondents in the study reported that they are frequently affected by digestive issues, with 62 percent indicating that digestive problems are a concern. A third of respondents also agreed that better digestive health has a positive impact on their emotional health and helps improve the quality of life.

A healthier gut for a healthier life
Chinese consumers believe a healthy gut ensures better absorption of essential nutrients, like vitamins, minerals and proteins, according to Beneo’s research. Dietary fiber is also seen as an important part of an everyday diet for Chinese consumers, and this is reflected in the survey with three out of four consumers saying they look for food with fiber claims. They are also more likely to purchase food with natural and organic ingredients, signaling to the industry the growing importance of food labels to Chinese consumers.

Gut health has been spotlighted by previous research as having an impact on one’s immune system, metabolism, allergies and sleep cycles, among other aspects of health. Poor gut health has been known to increase an individual’s predisposition to cancer, autoimmune diseases and even mental health, notes Beneo.

Food manufacturers are a “force for change”
Consumer awareness that the benefits of a healthy digestive system go beyond the gut and impact overall health is continuously growing, notes the company. Food manufacturers can cater to this growing demand for high fiber and natural food. For example, by using Beneo’s all-natural functional ingredients such as prebiotic fibres from chicory root, manufacturers can improve the nutritional profile of their products and in turn, promote better gut health among consumers.

The chicory plant stores extra energy in its roots in the form of inulin, notes Beneo. The brand’s orafti Inulin and oligofructose products, are derived from the chicory root through a gentle hot water extraction method. Inulin and oligofructose are two of the three scientifically proven prebiotics worldwide according to the International Scientific Association for Pro- and Prebiotics (ISAPP). In addition, they stand out in the market as the only existing prebiotics derived from plant sources.

The neutral flavor profile of chicory root fibers appeal to food manufacturers as they can be easily incorporated into foods regularly consumed such as chocolates, cereals, baking and dairy products, highlights Beneo. Another aspect of its appeal to manufacturers is that inulin is the most used fiber in new product developments worldwide, according market analyses by Innova Market Insights.

Growing body of research in gut health
Scientists estimate that the human microbiome – the collective body of microbes that populate the gut, mouth, skin and other parts of the body – contains trillions of bacteria, most of them harmless, many beneficial and some disease-causing. Mounting evidence has revealed the role of these microbes as powerful modulators of disease and health.

Earlier this month, Harvard University researchers found over 45 million different sets of genes, in which over half of these were unique to the individual. With this unique insight into our genetic makeup, they seek to build a resource that quantifies the human microbiome, its role in disease and the scale of its genetic diversity. The vast heterogeneity they found has important implications, particularly in the potential of using the microbiome to prevent or detect disease.

In June, a study at Baylor College of Medicine, Texas, US, shed light on the gut-diet-health triad. Researchers proposed that modifying the microbiome through diet could be part of a strategy to reduce the risk of chronic diseases. While another study linked the gut and disease, finding that supplementation with the pasteurized form of gut-bacteria Akkermansia muciniphila reduced cardiovascular risk factors, moderated pre-diabetes progression, as well as lowered cholesterol levels in obese participants.

07 Jul 2020 --- Microbiome-based diagnostics and therapeutics must take the ethnicity of the individual into account, warn researchers from APC Microbiome Ireland. Their study... Read More