You are in : All News > Caffeine alternatives: Zynamite’s brain-boosting capabilities revealed after five-year R&D journey

13 Aug 2020 --- Just one 300 mg dose of Nektium Pharma’s Zynamite significantly improves performance in a range of cognitive tasks, including those related to attention and memory. This has been revealed in a new study, which examined the mental acuity effects of the extract made from the leaves of the mango plant. The company hails these findings as the “highlight” of the five-year discovery and R&D program aiming to establish Zynamite as a premium natural alternative to caffeine.

“The results of the study confirm the nootropic activity of Zynamite, already indicated in our paper on the preclinical and clinical translational studies published earlier this year. We have already applied this nootropic activity in sports performance,” Julia Wiebe, Director of Research and Development at Nektium, tells NutritionInsight.

Published in Nutrients, the double-blind, placebo-controlled study revealed that participants who had consumed Zynamite performed more accurately on the tasks that measure concentration and memory. They were also better at performing each of the mentally demanding tasks than after the placebo. These benefits were seen across the time they stayed in the laboratory after taking a single dose.

“The surprising aspect was that accuracy was improved across different cognitive tests. This is rare, as usually you are fortunate if you find improved accuracy in one or two tasks. This tells us that Zynamite not only causes a general boost of brain function but enhances focus and concentration,” notes Dr. Nigel Gericke, Scientific Director at Nektium.

The study was led by David Kennedy, Director of the Brain, Performance and Nutrition Research Centre at Northumbria University. He notes that while his team has previously seen general improvements to the speed of task performance across tasks with other plant extracts, this is the first study where they observed accuracy improve markedly across the tasks used.

A group of 70 healthy adults was examined once they had consumed Zynamite and once when they had consumed an identical-looking placebo. Each time, their cognitive function and mood were assessed before they took the treatment to establish their baseline performance. They then repeated the assessment 30 minutes, three hours and five hours after consuming the treatments. 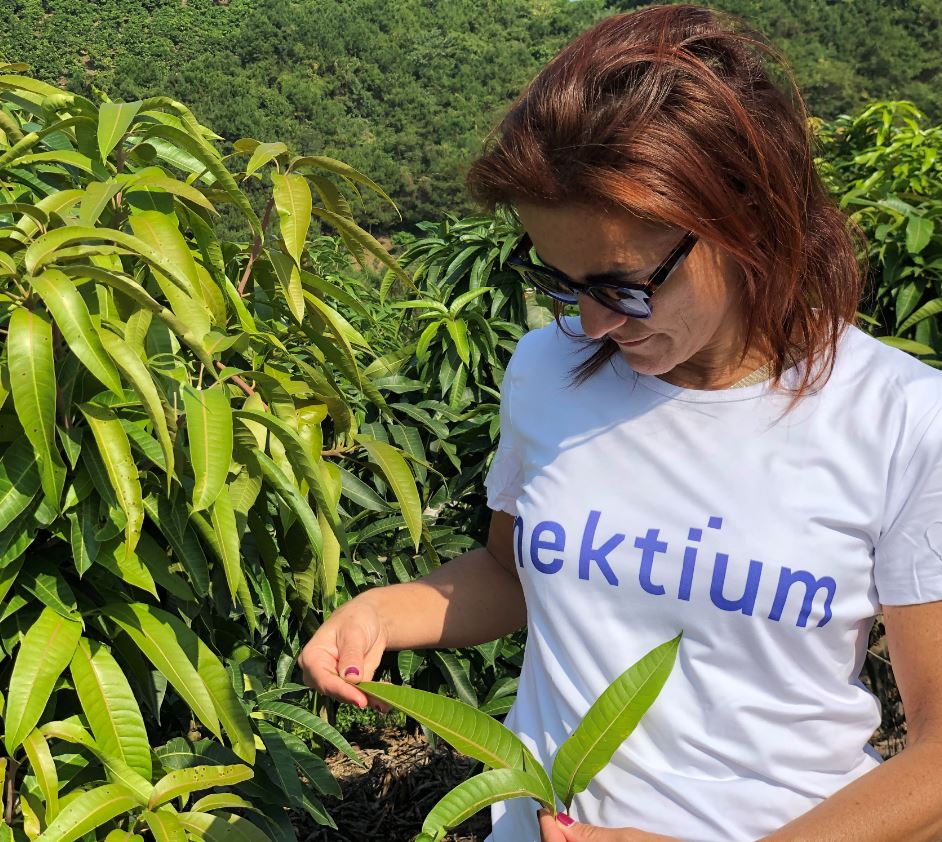 Click to EnlargeNektium used an ethnobotanical research program, which looked at folk uses of plants likely to affect the central nervous system.A long process
The focus of Nektium’s five-year program was initially on sports performance studies and preclinical and translational studies, but this marked the first major study of the link between Zynamite and cognitive function. “Typically, such studies are done in an older population so that mild cognitive impairment can act to amplify the cognitive enhancing activity of the ingredient. We challenged ourselves to interrogate the activity of Zynamite in a healthy young population,” Wiebe continues.

She details that young people want the extra energy and this is what the results show. “Zynamite activates the brain, manifesting as increased attention even in healthy young subjects. To date, Nektium has made a substantial investment in terms of financial resources throughout a time frame of five years to get to this stage, building the foundation for a perennial blockbuster.”

Part of this process included a global ethnobotanical research program, which looked at folk uses of plants likely to affect the central nervous system. This investigation included reviewing relevant literature, as well as examining three decades of ethnobotanical research records, including from Southern and Eastern Africa, the Amazon and new field trips to Southeast Asia.

“The focus was on the use of plants for morning beverages and tonics, for endurance on hunting expeditions and a special category of plants used as ‘brain tonics.’ Plants selected for pharmacological screening needed to have convergent use across diverse cultural and geographical groups. They should also be amenable to sustainable production, have convergent plant chemistry and no caffeine or caffeine-similar compounds,” explains Wiebe.

She continues that ethnobotanical research is a powerful tool that can be used by the pharmaceutical industry for drug discovery and by the food and nutraceutical industry for innovative new product development. Ethnobotanical research can provide leads for novel flavors, fragrances, repellents, insecticides, cosmeceuticals, food colors, fibers, dyes, fermented foods and more.

Projects on the horizon
Looking forward, Nektium has already planned the next randomized controlled clinical trial, which will be the eighth Zynamite study. Additionally, it is set to soon complete the completely soluble and highly bioavailable version of the botanical extract. NutritionInsight has previously reported how Nektium has fine-tuned the botanical NPD process.

“The market of healthy, natural caffeine-free energy drinks for active nutrition, sports and e-gaming is booming. We have been approached by several companies looking for an energy booster that allows them to differentiate from products such as Red Bull or Monster, which base their energy promise on caffeine and sugar,” concludes Wiebe.

Nektium has previously shared that traditional stimulants containing caffeine-like alkaloids are losing steam because of their negative side effects. Earlier this year, Nektium received a patent for Zynamite from the US Patent and Trademark Office, allowing for the claim “Compositions for Enhancing Brain Activity.”

08 Apr 2021 --- US-based Gummi World is answering consumers’ calls for nutraceutical transparency with a new farm-style facility open to the public. “We wanted to... Read More

Researchers uncover “switch” to boost zinc uptake in plants by 50%

24 Mar 2021 --- New research demonstrates that crops’ zinc uptake, and therefore nutritional profile, can be improved with the flip of a “molecular switch” in the... Read More