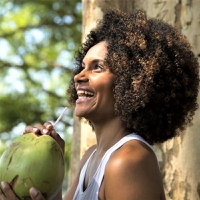 “Brazil is a market with high potential for the company. From there, we can access new clients seeking to provide probiotic solutions to consumers,” says José María Roset, CEO of Biosearch.

Latin American potential
According to Innova Market Insights, Brazil was the top country for supplement launches in Latin America in 2019. The Latin American supplements market remains underdeveloped, accounting for just 3 percent of global NPD in 2019, putting it fifth out of the six regions.

Despite this, launch activity has fluctuated in recent years, peaking in 2016 before falling in 2017 and 2018 before recovering slightly in 2019. However, it still remained just below the 2015 total, giving a negative CAGR for the 2015 to 2019 period.

Also having an impact on the sector is increasing demand for personalized products, plant-based formulation owing to thriving vegan populations.Biosearch’s three lines of business are probiotics, lipids and extracts.

Offering direct health benefits
LC40 is a patented probiotic strain isolated from breast milk. It has been clinically proven to provide a high level of protection in infants in cases of respiratory infections. Last September, Biosearch obtained organic certification for the strain, which is part of its Hereditum portfolio.

Meanwhile, K8 is a strain that boosts the immune system in adults and the senior population. Last year, a study found that the strain can reduce virally transmitted respiratory infections in elderly populations.

In two clinical trials, the strain showed it not only protected seniors above 65 years old from Hepatitis A and influenza viruses but also reduced their pain relief consumption by 86 percent.

ANVISA approvals abound
ANVISA is an autonomous regulatory body of the Brazilian government. It is responsible for the sanitary control of all products and services subject to health surveillance, such as medicines and food, whether national or imported. It is also responsible for the approval of these products for subsequent marketing or production in the country.

The past year has seen a slew of other approvals from the agency. Kerry – which is currently in the process of acquiring Biosearch – landed ANVISA’s approval for digestive health claims for its GanedenBC30 probiotic.

In other Brazilian green lights, Kemin Industries’ nutrition and health product for cognitive improvement, Neumentix, received approval as a bioactive ingredient for use in dietary supplements in Brazil.

Meanwhile, Stratum Nutrition received pre-market approval for its Nem eggshell membrane, and Gencor’s Levagen can be marketed as “ANVISA-certified.”

There is no relationship between improved vaginal flora and probiotics for fertility treatment preparations and overall vaginal bacterial imbalance, a study by The... Read More