You are in : All News > Beneo study reveals weight loss benefits of low-glycemic sugar 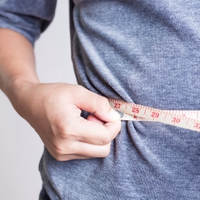 22 Jan 2020 --- A recent UK-based study found that Beneo’s low-glycemic carbohydrate may support the additional loss of body weight and fat mass in overweight and obese adults when replacing sucrose in a weight loss diet. The sugar beet-derived carbohydrate – Palatinose – has the potential to steer the metabolism toward fat burning, the study’s researchers say. The findings highlight the comparative impact of different carbohydrates, regardless of having identical calorie counts, which may shed light on ways to fight the world’s obesity epidemic.

“Palatinose and sucrose are very similar from a molecular point of view and calorie-wise. They are both sugars and they both consist of a glucose and fructose molecule, which is why sucrose has been used as the control within this study. However, the bonding in Palatinose is much stronger. As a result, both ingredients behave completely different when it comes to the human metabolism,” Anke Sentko, Vice President Regulatory Affairs and Nutrition Communication at Beneo, tells NutritionInsight.

She continues that palatinose is a fully – but slowly – available carbohydrate of a disaccharide type. It occurs in honey and is made enzymatically from sucrose on a large scale. “It is a true carbohydrate that delivers the calories the body is expecting from carbohydrates in a slow and sustained way, with a low blood glucose response,” adds Sentko.

Long-term weight loss benefits?
The randomized, double-blind, controlled intervention study took place over a 12-week period at the Oxford Brookes University’s Functional Food Centre. Fifty healthy overweight and obese adults consumed either 40 g of Palatinose or sucrose over four meals a day, as part of their energy-reduced diet (in total approximately 1700 kcal per day). The evening meal was a free choice for participants. Changes in body weight, body composition and energy metabolism were assessed at the beginning of the study and every subsequent four weeks.

Palatinose and sucrose contain the same amount of calories.Both the Palatinose and sucrose groups lost weight over the 12-week study period. However, only those participants consuming Palatinose achieved significant weight loss, losing an extra kilo in comparison to the sucrose group. In addition, the Palatinose group also experienced a reduction in fat mass percentage (approximately 2 percent) and a significant increase in fat-free mass percentage. These observed changes were linked to a greater reduction in energy intake and a higher fat burning rate with Palatinose compared to sucrose.

Researchers who conducted the study, Dr. Helen Lightowler and Professor Jeya Henry, say the findings are valuable in being able to show both the long-term weight loss benefits, as well as the short-term aspects, such as higher fat burning and lower energy intake in the same people. For example, the breakfast containing Palatinose led to a significantly lower respiratory quotient than the identical breakfast containing sucrose, demonstrating a higher fat burning rate of up to 15 percent with Palatinose.

Swapping out sugar
Sentko notes that sucrose was used as the control because sucrose is used as a carbohydrate source for many products, including those positioned for weight management. “This is exactly what the study aimed to highlight; that the right choice of carbohydrates makes a difference in our metabolism and weight management – despite both ingredients being classified sugars,” she continues.

Palatinose can replace sucrose 1:1 and has a sugar-like sweetening profile with a mild and natural sweetness. “Trials have shown that Palatinose performs even better than sugar in a formulation from a technical point of view, for example in terms of stability, mouthfeel and sweetness,” she concludes.

Palatinose is approved in numerous regions including Europe, the US, Canada, Brazil, Mexico, Russia, India, Japan, Thailand, Indonesia and China.