You are in : All News > Animal-free bioengineering: E. coli modified for fast chondroitin sulfate manufacturing 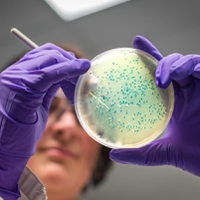 03 Mar 2021 --- US scientists have reprogrammed E. coli to produce chondroitin sulfate, a polysaccharide molecule used in pharmaceuticals and nutraceuticals.

Chondroitin sulfate is best known as a joint health dietary supplement to aid arthritis and is currently sourced from cow trachea. A new Nature Communications-published study shows it is possible to produce these polysaccharides in an animal-free fashion while remaining structurally the same.

Speaking with NutritionInsight, study co-author Mattheos Koffas reveals the next steps will be to make other animal-natural products, such as other versions of chondroitin and pig intestines-derived heparin. Dermatan sulfate and keratan sulfate are also on the horizon.

“This paper provides the proof of concept that all these molecules are within reach to be produced using bioengineering approaches. We strongly believe that their production is feasible using metabolic engineering and synthetic biology in an economically competitive method.”

In particular, Innova Market Insights observes how lab-grown foods are disrupting the industry with acceleration from animal welfare interests.

Reducing process costs
E. coli fermentations and their scale-up are “nothing new,” Koffas continues. “Great progress” has been made in decreasing their cost and accelerating the scale-up of a lab strain to thousands of liters of fermented products.

Koffas and his colleagues from the Rensselaer Polytechnic Institute, US, created a cost-efficient process that could become on-par cost-wise with pharmaceutically grade sulfated glycosaminoglycans (GAGs), such as the ones used as anticoagulants or for drug delivery applications. 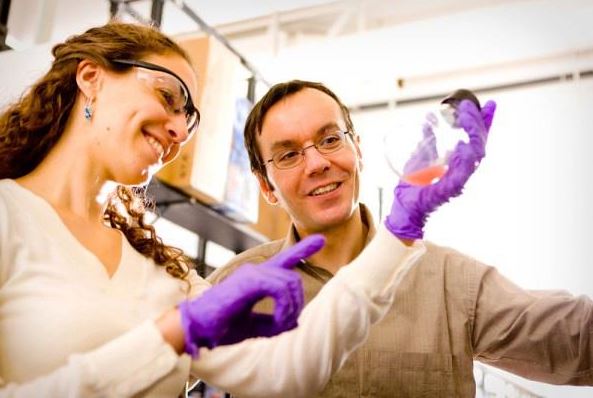 “I realize that sounds astronomical but it is in the same range of current prices of pharmaceutical grade sulfated GAGs,” Koffas clarifies. Two companies have already expressed commercial interest.

Ramping up production
Although the modified E. coli produce a relatively small yield – on the order of micrograms per liter – they thrive under ordinary lab conditions, offering a robust proof of concept.

In terms of accelerating the process, the researchers can achieve maximum liters in less than 48 hours, unlike currently used pharmaceutically grade GAGs that take weeks to extract and purify.

“However, it is still not cost-competitive with crude GAGs, bulk molecules directly extracted from the animal tissue,” Koffas details.

“If we can increase the production titer 100 fold with a simple back-of-the-envelope calculation, we should be able to have a biosynthetic production method that will be competitive with current methods of crude GAG production.” 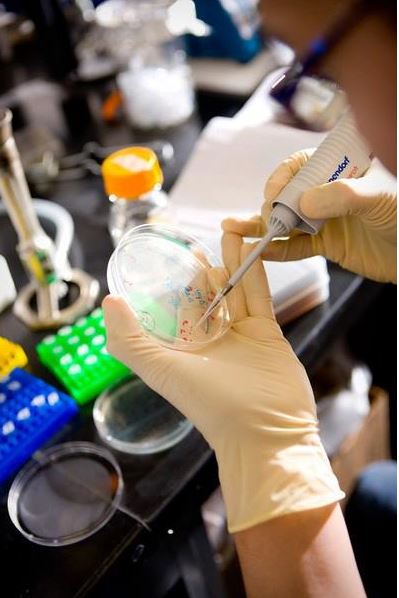 Chondroitin sulfate is best known as a dietary supplement to aid with arthritis.“There are also several other similar molecules, such as dermatan sulfate, that has demonstrated even anticoagulant properties, and keratan sulfate,” Koffas explains.

“However, much less is known about the biological properties of these molecules since they have limited bioavailability and are more difficult to produce. Our technology will allow us to access this chemical space as well.”

Overcoming R&D challenges
Genetically engineered E. coli is used to make a long list of medicinal proteins, but it took years to coax the bacteria into producing even the simplest in this class of sulfated GAGs.

“It’s a challenge to engineer E. coli to produce these molecules. We had to make many changes and balance those changes so that the bacteria will grow well,” Koffas elaborates.

Three major steps were involved in this process:

“The sulfotransferases are made by much more complex cells,” Koffas says. “When you take them out of a complex eukaryotic cell and put them into E. coli, they’re not functional at all. You basically get nothing.”

The “particularly difficult challenge” of working with sulfotransferase enzymes required two different approaches to achieve the functional expression of the recombinant sulfotransferases.

“The first one, which is more traditional, was by testing different truncation versions of the enzymes – removing the N-terminus that is responsible for attachment to the Golgi could potentially improve expression,” Koffas reveals.

Then, this was fused with previously used proteins to achieve functional expression of eukaryotic enzymes.

The second approach was to use computational modeling to identify mutations that can potentially improve the recombinant enzymes’ stability and solubility.

The future of bioengineered nutraceuticals
Ultimately, the Rensselaer research opens new avenues in several fields, such as therapeutics and regenerative medicine. These disciplines need a substantial supply of specific molecules whose production is lost with aging and diseases.

Co-author Robert Linhardt adds engineering E. coli to produce the drug has many advantages over the current extractive process or even a chemoenzymatic process.

“If we prepare 1 g of chondroitin sulfate chemoenzymatically, it takes a month to make. If someone calls us and says they need 10 g, we will have to spend another month to make 10 g,” Linhardt states.

“Whereas with the fermentation, you throw the engineered organism in a flask and you have the material: whether it’s one, ten or a thousand grams. This is the future.”

Regulatory demands and product transparency will change the nutraceutical industry in the coming years. Additionally, the COVID-19 pandemic has exposed the fragility of... Read More

Airnov Healthcare Packaging, a global controlled atmosphere packaging supplier, is expanding its range of Aroma-Can products to incorporate a wider range of flavors and... Read More

Shakes containing potato and rice protein are better than whey protein at managing blood glucose levels and reducing spikes in insulin. This is according to a UK study... Read More

The UK government is eyeing a post-Brexit opportunity to “lead the way in setting clear, comparable standards” for nutraceuticals, according to its proposal... Read More