You are in : All News > Algalif scores US$30M investment to triple astaxanthin production 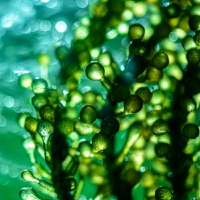 21 Dec 2020 --- Algalif Iceland is expanding its production of astaxanthin with a US$30 million investment. The company aims to be the biggest astaxanthin producer globally by tripling the production from over 1,500 kg to 5,000 kg of astaxanthin annually.

“We will be building 7,000 m² new facilities, with state-of-the-art production lines, laboratories and offices. Our combined facilities in Iceland will then be 12,500 m²,” Orri Björnsson, Algalif CEO, tells NutritionInsight.

Construction for the expansion of the company’s plants in Iceland will begin in early 2021. The move marks one of the biggest investments in astaxanthin production that the country has ever seen.

“As far as we can tell, this US$30 million investment is the biggest foreign investment in Iceland in 2020. In these COVID-19 times, it is extremely important for the economy of the country and our local community,” comments Björnsson.

“It also benefits healthy aging and muscle endurance and recovery. The health benefits of natural astaxanthin are documented by extensive research, including over 50 human clinical studies and over 2000 peer-reviewed scientific papers,” Björnsson adds.

In addition, the role of natural astaxanthin in rising arenas such as beauty-from-within and nootropics, is emerging yet strong.

Meanwhile, Lubrizol Life Science released an algae-based nootropic, called Astagile, which will be the first product combining astaxanthin with spirulina.

“Green” astaxanthin?
Since its founding in 2012, Algalif says it has spearheaded the production of high-quality, sustainable natural astaxanthin from microalgae.

Orri Björnsson, Algalif CEOThis is due to production quality and delivery security, along with extensive industry knowledge of the management team and competitive cost structure. This has resulted in 2020 being the best year in the company’s history.

The company’s dedication for all-around sustainability has led to Algalif being known for clean, high-quality astaxanthin. With its location in Iceland, Algalif has access to an abundance of clean natural water and all operations are powered by 100 percent green geothermal energy.

“Our astaxanthin production is high-quality and produced with 100 percent green methods. Most of the production of 2021 is already sold and we estimate increased demand in the coming years due to more health awareness around the world,” Björnsson explains.

“Due to its location in Iceland, Algalif has access to an abundance of clean natural water and green geothermal energy,” he adds.

During the construction period, more than 100 new local jobs will be created. From 2023, permanent jobs will double from currently 35 to 70 employees.

The road for astaxanthin use is supplementation is wide open. Recently, the European Food Safety Authority (EFSA) reaffirmed its 2017 authorization of the use of astaxanthin-rich oleoresin from Haematococcus pluvialis microalgae in food supplements at levels of up to 8 mg per day.

Amid rising consumer demand for natural ingredients and clean label products, EFSA approved the microalgae-derived astaxanthin but not its synthetic and yeast-based counterparts due to lacking safety parameters and scarce established human clinical trials.