You are in : All News > Obesity Now a Bigger Problem than World Hunger, Study Shows 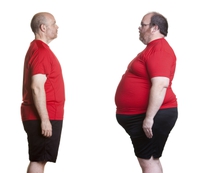 01 Apr 2016 --- More than one in ten men and one in seven women across the globe are now obese, according to the world's biggest obesity study. However, 1 in 9 still go hungry.

The research, which was led by scientists from Imperial College London, involved the World Health Organization (WHO) and over 700 researchers across the globe, incorporated measurements of weight and height from nearly 20 million adults in most of the world’s countries.

"The number of people across the globe whose weight poses a serious threat to their health is greater than ever before," says Professor Majid Ezzati from the School of Public Health at Imperial College London, and lead author of the study.
The study, published in The Lancet journal, calculated and compared body mass index (BMI) among adults from 1975 to 2014. Pooled data from 1698 population-based studies totaling 19.2 million men and women aged 18 and over from 186 countries covering 99 per cent of the world's population was analyzed.
The data revealed that in four decades, global obesity among men has tripled – from 3.2% in 1975 to 10.8%. Obesity among women meanwhile has more than doubled, from 6.4 % in 1975 to 14.9% in 2014.
This translates as 266 million obese men and 375 million obese women in the world in 2014. It also means the world’s population has become heavier by around 1.5kg in each subsequent decade since 1975.
The global obese population has now hit 640 million. In addition, 2.3% of the world’s men, and 5% of the world’s women are now classed as severely obese, which is defined as having a BMI of over 35 kg/m2. This places an individual at significantly increased risk of conditions such as diabetes, heart disease and cancer.
Analysis of the findings showed more obese men and women now live in China and the USA than in any other country. However, the USA still has the highest number of severely obese men and women in the world.
The trend in adult obesity is more pronounced in many western countries, with a fifth of the world’s adults living in just six wealthy English-speaking nations: UK, USA, Canada, Ireland, Australia and New Zealand.

The team predicted if these global trends continue, by 2025 18% of the world’s men and 21% of women will be obese. Furthermore, the probability of reaching the WHO global obesity target (which aims for no rise in obesity above 2010 levels by 2025) will be close to zero.
“The number of people across the globe whose weight poses a serious threat to their health is greater than ever before. And this epidemic of severe obesity is too extensive to be tackled with medications such as blood pressure lowering drugs or diabetes treatments alone, or with a few extra bike lanes,” Professor Ezzati added.
The study authors say one reason obesity rates have stabilized in France – and elsewhere in Europe – is because governments have heavily promoted healthy food while issuing stark warnings about the dangers of snacking.
“We need coordinated global initiatives – such as looking at the price of healthy food compared to unhealthy food, or taxing high sugar and highly processed foods – to tackle this crisis,” says Professor Ezzati.
The team also examined the number of people who are underweight in different countries. The results revealed levels have decreased from 14% to 9% in men, and 15% to 10% in women. The percentage of underweight individuals was nonetheless still quite high in countries such as India and Bangladesh, where nearly a quarter of adults are underweight.
Professor Ezzati explained: “Our research has shown that over 40 years we have transitioned from a world in which underweight prevalence was more than double that of obesity, to one in which more people are obese than underweight. Although it is reassuring that the number of underweight individuals has decreased over the last four decades, global obesity has reached crisis point.”
“We hope these findings create an imperative to shift responsibility from the individual to Governments, and to develop and implement policies to address obesity. For instance, unless we make healthy food options like fresh fruits and vegetables affordable for everyone, and increase the price of unhealthy processed foods, the situation is unlikely to change.”
Writing in the journal, Professor George Davey Smith from the School of Social and Community Medicine at the University of Bristol, stressed the importance of not letting obesity divert attention away from poor nutrition: “A focus on obesity at the expense of recognition of the substantial remaining burden of under-nutrition threatens to divert resources away from disorders that affect the poor to those that are more likely to affect the wealthier in low income countries,” he warned.
The findings also showed that:
The study was funded by The Wellcome Trust, and Grand Challenges Canada.