You are in : All News > Stevia sweeteners do not influence the gut microbiome, study finds

Stevia sweeteners do not influence the gut microbiome, study finds

05 Mar 2019 --- Stevia-based sweeteners have no impact on the gut microbiome, according to new research from Biopharmaceutical Research Inc. (BRI) and funded by sweeteners producer PureCircle. The in vitro study showed that the gut bacteria of men, women and children who consumed PureCircle’s new generation stevia leaf sweeteners, such as Reb D and Reb M, remained comparably the same over a 72-hour metabolic incubation period. The study adds to the growing body of evidence supporting that low-calorie sweeteners have no adverse effects on health.

The ingredients tested in the new study were mainly Reb M and Reb D and were supplied by the company. PureCircle’s stevia leaf contains many sweetener variants, including Reb A, Reb D and Reb M. Each is an intense sweetener, enabling the production of low- and zero-calorie beverages and foods, sweetened with an ingredient from a plant.

The findings allow an improved understanding of how people of various ages and demographics metabolize stevia leaf ingredients, and further extends stevia science and safety research, the researchers say. The study data are currently under option for publication in a peer-reviewed scientific journal.

More evidence supporting low-cal sweeteners
Continuously emerging scientific research has demonstrated the importance of the gut microbiome for human health. Gut bacteria influence digestion, immunity and even brain health. However, much ambiguation has surrounded sweeteners and their possible adverse effects on the microbiome and health in general. 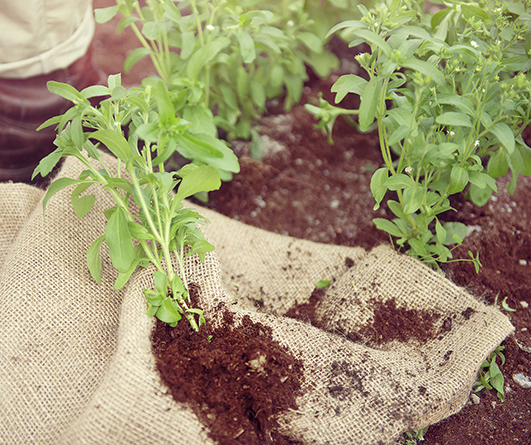 Click to EnlargeAn observational study published in an American Heart Association (AHA) journal, found that opting for artificially sweetened diet drinks two or more times per day could increase the risk of stroke by 23 percent, as well as raise the risk for other CVD outcomes in postmenopausal women. However, industry experts have refuted the study, citing a lack of evidence and generalizability.

Most recently, another study from the University of Granada (UGR), published in Advances in Nutrition, found that non-caloric sweeteners have a negligible effect on the gut microbiome and are not significantly linked to cancer and diabetes risk, as long as their consumption is in line with the ADI (Acceptable Daily Intake) recommended intake.

As the debate around the healthfulness of sweeteners continues, the International Sweeteners Association (ISA), has highlighted two new review studies on low-calorie sweeteners and their impact on the gut.

The reviews examined the available evidence from animal and human studies and concluded that there is no clear evidence connecting low-calorie sweeteners to adverse effects on the gut microbiota, at doses relevant to human consumption. The studies that show negative effects on the gut were conducted on animals which were given doses beyond possible human intake, the ISA says.

Sugar reduction trend boosts alternatives
Low-calorie sweeteners continue to come to the fore since consumers are increasingly reducing their sugar intake due to its links to negative health outcomes. Fueled by this concern, several sugar-reduction schemes have been implemented so far globally, in a bid to tackle obesity and CVD. An Innova Consumer Lifestyle and Attitudes Survey (2018), found that nearly seven out of ten consumers across the countries surveyed (US, UK, France, Germany, China and Brazil) have reduced their sugar intake.

Moreover, sugar taxes have come into force since the spring of 2018 in several markets, including the UK and Ireland and forcing industry to explore alternative and natural options. Stevia and its derivatives may prove one of the solutions but consumers are still skeptical. According to Kerry funded research, stevia is the only sweetener that has mixed opinions among US consumers, 46 percent believe it is a natural sweetener, and 54 percent deem it artificial.

Click to EnlargeHowever, PureCircle VP of Marketing and Innovation, Faith Son, has told our sister website FoodIngredientsFirst that since stevia received approval as a commercial ingredient in 2008, it has experienced tremendous growth.

“Furthermore, we have observed the increased use of stevia across all regions globally. Stevia has been incorporated into most applications you would traditionally find sugar, including sodas, ready-to-drink teas and coffees to sauces and cookies. Based on consumer and health practitioner demand for plant-based and zero to low-calorie ingredients, we only anticipate stevia-based product growth to continue its growth in the years to come,” she says.

PureCircle has nearly 400 patents and patents pending covering its proprietary stevia technology. As one of the world’s largest suppliers of stevia sweeteners and flavors to the global beverage and food industries, the company uses significant amounts of stevia in producing those ingredients.

Moreover, late last year PureCircle announced plans to begin the commercial production and sale of new stevia ingredients in the second half of 2019 following the identification of high content of proteins, soluble fibers and antioxidants in the stevia plant. This new development will enable the company to utilize much more of each stevia leaf.

10 Sep 2020 --- Researchers have developed an ingestible pill that is released in the intestine to collect gut microbes, which are known to be difficult to capture.

Chocolate for the heart? Weekly consumption linked to reduced risk of heart disease

05 Aug 2020 --- Consuming chocolate at least once a week is linked to a reduced risk of heart disease, according to research. Published in the European Journal of Preventive... Read More