You are in : All News > Brexit healthcare uncertainty: UK associations warn of staff shortages, increased costs and nutrition shortfalls 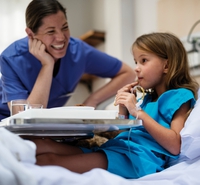 09 Jan 2019 --- Brexit may present a shadow of uncertainty for initiatives launched within the UK health and nutrition sector, most notably the National Health Service (NHS) Long Term Plan, which was published on January 7. Next Tuesday (January 15) marks the date on which the controversial Brexit deal, negotiated between Prime Minister Theresa May and the European Union (EU), will be approved or rejected by UK MPs. Yet, acceptance of the deal appears highly unlikely given the opposition from within the UK Conservative Party as well as other Remainers.

Health officials have raised serious concerns that parts of the NHS plan may be derailed over staff shortage issues. They are also calling for more clarity for the long-term plan in several nutrition related fields.

Speaking to NutritionInsight, the British Dietetic Association’s (BDA) Chief Executive, Andy Burman, raises some questions regarding the plan, including its approach to nutrition and the potential pitfalls Brexit may bring. According to the calculations from UK health think tank, Nuffield Trust, a “No-deal” Brexit would mean £2.3 billion (US$2.9 billion) in extra costs for the NHS by the end of 2019/20.

Launched last Monday, the NHS Long Term Plan sets out how the £20.5 billion (US$26.2 billion) budget settlement for the NHS, announced by May last summer, will be spent over the next five years.

The plan hopes to improve outcomes for major diseases, including cancer, heart disease, stroke, respiratory disease and dementia. It also includes measures to enhance out-of-hospital care and improve maternity safety by halving the number of stillbirths, maternal and neonatal deaths and serious brain injury by 2025.

Further support of the elderly through more personalized care is included, as well as making digital health services a mainstream part of the NHS so that in five years, patients in England will be able to access a digital GP offer.

“It is positive to see strong commitments to strengthening primary and community care, supporting mental health services and embracing new technology,” Burman tells NutritionInsight. “Continuing to build on progress in areas such as giving patients a greater say in their care, reducing admissions to acute care and tackling health inequality is also very welcome. We also welcome the intention to introduce greater flexibility into working patterns for healthcare professionals,” he adds.

Falling short on nutrition?
A substantial issue highlighted by the BDA is that there is a lack of detail in some areas related to nutrition in the NHS plan. Although it mentions nutrition concerning obesity, diabetes and frailty in older people, as well as recognizing the role of poor diet in health outcomes, the BDA notes the omissionClick to EnlargeThe NHS Long Term Plan sets out how the £20.5 billion (US$26.2 billion) budget settlement for the NHS will be spent, but some UK health think tanks have questioned parts of the plan. of the role for dieticians as a glaring shortcoming.

“It is disappointing that dietitians, who are the NHS’s nutrition experts, are not specifically highlighted as having an important role to play in the delivery of their objectives in these areas. Dietitians have a critical role to play at the forefront of both the prevention and management of obesity, malnutrition, diabetes and many more important areas such as cancer, stroke and mental health.”

Although there is a recognition of the need for improved medical nutrition education, the plan is short on what the proposals are, Burman continues.

“We’d like to have seen a clearer recognition of the role dietitians, and the BDA, can play in the delivery of this education as we have many cost-effective strategies to inform and educate all aspects of the workforce. We already work with organizations such as Nutritank and NNEdPro, which have been working in this area for some time,” he notes.

Staffing shortages may hinder the implementation of the plan
Burman notes that a further issue with the plan lies in the sheer volume of staff required to execute it successfully. More tests to diagnose cancer earlier and better quality community and out-of-hospital care will all require more hands for the job. “Although more detail regarding the workforce make-up will be available once the government's Workforce Implementation Plan is released later this year, the current plan skimps on detail in this area,” he notes.

The UK’s impending exit from the EU, either with May’s deal or within a no-deal agreement, will complicate this further, Burman explains: “It remains to be seen whether Brexit will derail these plans, either through discouraging healthcare professionals from coming to the UK, or by weakening the economy and increasing prices.”

Indeed, the level of ambition in the plan is commendable, comments Nuffield Trust Chief Executive Nigel Edwards, but the NHS’s ability to roll out such changes could lead to several major future pitfalls, especially if Britain falls into a no-deal Brexit.

“The extra funding will actually be below the historic average and what experts thought was needed. It’s enough to move forward, but with little room for maneuver. If we face a no deal Brexit, the extra costs and tasks required will eat up the first installments, stopping progress dead in its tracks,” he explains.

“However, the biggest levers to resolve the workforce crisis are out of NHS England’s hands. Only bold policies on training, immigration and Brexit can deliver enough nurses, GPs and therapists for the next few years. The system of workforce planning has failed us and needs deep reform,” he adds.

Other repercussions within the nutrition industry
Uncertainty around Brexit may well lead to a reassessment of nutrition claims, for example, should the UK’s food & nutrition policy become more than a copy/paste job of existing EU regulation. Speaking to NutritionInsight, a Food and Drink Federation (FDF) spokesperson contemplates how Brexit may impact its Guidance on Comparitive Claims document, due to potential for the UK to exit EU nutritional claim regulations following Brexit.

“The industry guide provides detailed best practice guidance on the requirements and appropriate wording for comparative nutrition claims, for example, ‘reduced fat,’ ‘30 percent less sugar’ and ‘light,’ to be used in the labeling and advertising of food and drink,” says the spokesperson.

“We hope the guidance is helping manufacturer’s substantiation of such claims and thus creating a level playing field within the food industry,” they add.Click to Enlarge

If May’s Brexit deal goes through next Tuesday, the adaptations will be predominantly technical. They will simply change EU-specific references so that they remain relevant and valid when the UK is no longer a Member State, the spokesperson explains.

“While EU functions outlined above will be transferred to an appropriate UK authority. FDF welcomes the Department of Health and Social Care’s (DHSC) proposal to adopt the existing EU list of claims for the UK, and FDF would interpret this to include both the full Annex list of nutrition claims as well as the entire EU Register of health claims,” the spokesperson concludes.

02 Jul 2020 --- Following the successful launch of Jumbo Foodcoach for certain sports, Dutch retailer Jumbo has released a free app that is touted as a personal nutrition coach for... Read More

30 Jun 2020 --- Ease is the name of the game when it comes to sports nutrition packaging, with functionality, convenience and nutritional integrity as main priorities. This is... Read More