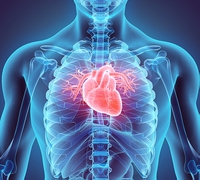 19 Apr 2019 --- In nutrition news this week, probiotic producer AbelaPharm Swiss has acquired a Belgrade production facility from German pharmaceutical company STADA. A Fibersol, a full line of soluble prebiotic dietary fiber, was granted approval from Monash University as a non-stomach-aggravating ingredient. New research from the European Society of Cardiology (ESC) reveals that the habits of skipping breakfast and eating dinner near bedtime may lead to worse outcomes for patients recovering from a recent heart attack. Another nascent study provides backing to the claim that omega 6 (linoleic acid) is beneficial in reducing the risk of cardiovascular disease and diabetes.

In brief: Acquisitions
Probiotic producer AbelaPharm Swiss has officially acquired a production facility from German pharmaceutical company STADA in a nearby area of Belgrade, Serbia. This is the second factory owned by AbelaPharma, where more than €6 million has been invested, over the last 18 months, in the acquisition of equipment, machinery, plants, production processes and manufacturing licenses from prominent European and global companies.  The acquisition is aimed at propeling AbelaPharm to be among one of the most prominent probiotic producers in Europe.

In brief: Certifications
ADM/Matsutani LLC’s Fibersol, a full line of soluble prebiotic dietary fiber ingredients, has been recognized as a Monash University Low FODMAP Certified product. The certification is awarded to foods and ingredients that have been shown to not aggravate the gut or cause irritable bowel syndrome (IBS) symptoms such as gas, intestinal bloating and digestive discomfort. Because Fibersol is fermented slowly in the colon, it delivers consumers’ fiber requirements without digestive intolerance or gastric discomfort. According to the joint venture, the certification builds upon clinical research that suggests Fibersol helps support or maintain intestinal regularity and is well tolerated at dosages of up to 68 g when consumed throughout the day.

In brief: New research
People who skip breakfast and eat dinner near bedtime have worse outcomes after a heart attack. This is according to new research published in the European Journal of Preventive Cardiology, a journal of the European Society of Cardiology (ESC). The study found that heart attack patients with the two eating habits had a four to five times higher likelihood of death, a second heart attack, or angina (chest pain) within 30 days after hospital discharge. This was the first study evaluating these unhealthy behaviors in patients with acute coronary syndromes. Skipping breakfast was observed in 58 percent of patients, late-night dinner eating in 51 percent and both behaviors in 41 percent.

Two separate studies, one published in Circulation and the other in The Lancet, have found evidence backing the claim that omega 6 – linoleic acid – can lower the risk of cardiovascular disease (CVD) and diabetes. The latest Circulation study pooled data from 30 prospective observational studies from 13 countries involving about 69,000 people. The 2017 research in The Lancet covered 20 studies of almost 40,000 people from 10 countries, in whom 4,347 new cases of diabetes occurred over time. Findings from both studies confirm the prediction made 10 years ago in an AHA Scientific Advisory on Omega-6 Fatty Acids and Cardiovascular Disease, the lead author of which was Dr. Harris. This was: "To reduce omega-6 PUFA intakes from their current levels would be more likely to increase than to decrease risk."

In brief: Other news
Prominent scientists have contributed to what is the 5th edition of Lactic Acid Bacteria, which they call the “most comprehensive” handbook on lactic acid bacteria, the key microorganisms in probiotics and fermented foods. Edited by DuPont Nutrition & Biosciences Technical Fellow Arthur Ouwehand, Ph.D., together with Professors Seppo Salminen, Atte von Wright and Gabriel Vinderola, the 5th edition of Lactic Acid Bacteria is described as “an ideal introduction for anyone with an interest in the field.” The new edition is fully updated and revised to address current taxonomy of LAB and bifidobacteria, global regulatory aspects, new findings on health effects in humans, farm animals and pets, properties and stability, and production specific targets of lactic acid bacteria. It also includes information on the technological use of lactic acid bacteria in a variety of fermentation processes for food, beverage and feed.

26 Apr 2019 --- In business news this week, Amyris announced the sale of its vitamin E royalties to DSM for approximately US$57 million, while DuPont is to provide probiotic and... Read More