You are in : All News > Vinamilk tailors dairy-based infant nutrition solutions to regional taste preferences and vitamin deficiencies 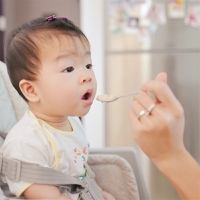 23 Aug 2021 --- Vietnam Dairy Products JSC (Vinamilk) has developed a host of customized products tailored to the Asian, African and Middle Eastern markets, based on regional-specific nutritional needs and flavor preferences.

Since beginning with only one infant cereal stock keeping unit (SKU), the Southeast Asian nutritional dairy giant has now developed and established 66 SKUs in multiple markets.

A local touch for international trust
One of the company’s most successful products is the Vinamilk Ridielac infant cereal flavored with banana and dates. Launched in the Middle East market five years ago, this infant cereal with a distinctive local flavor has been widely received, underpinning its subsequent penetration into the North African regional market, which holds a shared sentiment towards the delicacy.

The dairy giant has also enriched its African products with vitamin A and minerals to help tackle the challenge of vitamin A deficiency. This problem has left 42.4 percent of sub-Saharan African children with an increased risk of childhood mortality.

In the Middle East, which makes up 80 percent of Vinamilk’s export revenue, the brand’s localized Ridielac product is a favourite among locals, particularly because of its wide range of flavors that consumers can regularly alternate for variety in their babies’ daily diet.

Vinamilk reported steady growth during the first half of 2021, boating an export revenue of around US$121.5 million.In Asia, Vinamilk has introduced sweetened condensed coconut milk in Japan to address the growing demands for plant-based milk, while still catering to local consumers with milk allergies.

“We found the newly developed Condensed Coconut Milk impressive, and hold high expectations that it will perform well in this market.”

Expanding international reach
A “difficult” infant nutrition market in Asia attributed to decreasing birth rates and COVID-19 placed significant pressure on dairy businesses operating in this space, such as FrieslandCampina, during the first half of the year.

And while China recently began allowing couples to have up to three children, industry players have forecasted that this is unlikely to lead to growth in the sector.

Despite these market headwinds, Vinamilk reported steady growth during the first half of 2021, boasting an export revenue of VND 2,772 billion (US$121.5 million), up 13.1 percent in year-on-year growth.

The company currently operates 16 factories and 13 farms in Vietnam.

Looking forward, Vinamilk aims further its global reach to serve more international markets. The company has announced a joint venture with Del Monte – a producer and distributor of F&B products in the Philippines. The joint venture’s products are expected to reach Filipino consumers next month.

Overseas business currently accounts for 15 percent of Vinamilk’s total revenue. The company has three factories in the US, New Zealand and Cambodia – alongside the most recent addition of a dairy farm complex in Laos.

The first construction phase of the Laos farm complex – which has a capacity of 8,000 cow heads that produces approximately 44,000 metric tons of milk each year – is expected to be put into operation in the first quarter of 2022.

Vinamilk was pegged as the only Vietnamese dairy company in the Top 50 global dairy producers in 2021, ranked 36th.

AB-Biotics’ AB-Kolicare probiotic blend helps reduce the crying or fussing time and episodes of babies with colic. This is according to a new study, which the... Read More

Bunge Loders Croklaan (BLC) is releasing Betapol Organic, a Oleic-Palmitic-Oleic or SN-2 palmitate (OPO) for infant milk formula, which it says is the first such product... Read More

The National Institutes of Health (NIH) has awarded a nutritional scientist a US$1.69 million grant to investigate how beneficial microbes in the gut use nitrogen in... Read More

A new study has found a mix of the five most abundant Human Milk Oligosaccharides (HMOs) in natural concentrations is safe and tolerable in infant formula. The study... Read More