You are in : All News > Switching from high-fat to low-fat diets makes mice feel withdrawal symptoms 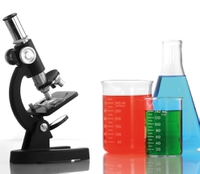 18 Jul 2017 --- Mice that were fed a palatable high-fat diet go through stress responses similar to drug withdrawal when they switch to a low-fat diet, according to a study conducted by Dr. Steve Fordahl, currently at the University of North Carolina at Greensboro, and Dr. Dara Jones at Wake Forest School of Medicine. The study authors identified brain changes in the dopamine neurotransmitter system caused by stress when the palatable diet was removed.

The diet switch caused a physiological stress response that suppressed brain dopamine, which in turn promoted binge-eating when the palatable diet was re-introduced days later. Their research will be presented this week at the Society for the Study of Ingestive Behavior's (SSIB) annual meeting in Montreal, Quebec, among international researchers who examine eating and drinking behaviors.

The study shows further that changing eating habits can be very difficult. People commonly over-restrict while dieting, which may not be the best strategy for sustained weight loss. Sometimes healthcare professionals advise changes in eating habits to avoid pressing health consequences, like cardiovascular disease or advanced diabetes. A stark shift in diet from comfort foods, often high in saturated fat, to less desirable healthy options, can be challenging.

This new research shows how an individual's physiological stress response to new eating patterns can easily cause a quick relapse into old habits. The study by Dr. Fordahl and Dr. Jones shows that, in mice, the chance of a dietary relapse is increased by stress-related molecules that change dopamine levels in areas of the brain that process reward. Dopamine helps to attribute the perceived value or rewarding characteristics of food, and changes in the dopamine system observed in the study were similar to what drug- and alcohol-dependent people experience when going through withdrawal.

In the study, mice were fed a high-fat diet, then abruptly switched to a low-fat alternative. The investigators observed voluntary food restriction of the new diet, which continued several days after the change. They also identified a reduction in dopamine caused by enhanced sensitivity to activation of receptors for the stress signals, corticotrophin releasing factor (CRF) and the dynorphin/kappa opioid receptor (KOR) system, on dopamine neurons.

When the mice returned to the palatable high-fat diet, the mice ate in a binge-like manner, eating substantially more high-fat food than before the dietary switch. Interestingly, when the investigators blocked CRF and KOR activation, the dopamine system normalized, and mice did not binge when the high-fat food was once again on offer.

“Our findings suggest that stress caused by food restriction, commonly observed with crash dieting, can prime the dopamine system in a way that promotes over-indulgence of palatable or 'comfort' foods, when the opportunity arises,” says Dr. Steve Fordahl. The research team found that dietary fat has a “particularly strong impact on how the dopamine system responds to rewards.”

25 May 2020 --- The important role of dieticians in helping to improve COVID-19 outcomes is highlighted by the European Federation of the Associations of Dietitians (EFAD). Good... Read More