You are in : All News > Rimfrost’s petition success could put Aker’s US krill oil patents back in play 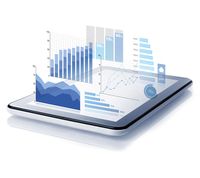 24 Aug 2017 --- Norwegian biotechnology company Rimfrost AS, supplier Rimfrost Sublime krill oil, has announced that the US Patent and Trademark Office has issued four decisions finding that a reasonable likelihood exists that every claim of two patents owned to Aker Biomarine Antarctic AS are unpatentable. “We are gratified that the US Patent Office has instituted Inter Partes Review proceedings of the Aker patents,” says Rimfrost owner Stig Remøy. “It confirms Rimfrost’s longstanding belief that the Aker patents are not valid and should have never been issued in the first place.”

“I feel this is great news for us, we are optimistic about the future,” Remøy tells NutritionInsight. “The US market is a very important market for krill oil. 80 percent of the world market is in the US, so of course, it’s very important for us.”

The two patents were asserted against Rimfrost by Aker in a lawsuit brought in the District Court of Delaware and in an action before the US International Trade Commission (ITC), the company says. Aker withdrew its complaint in the ITC and that proceeding was dismissed in May 2017.

In both proceedings, Aker maintained that Rimfrost’s process for extracting oil from krill and the resulting Rimfrost krill oil infringed various Aker patents. In response to Aker’s allegations, Rimfrost asserted that the Aker patents are not valid, and also filed four petitions with the US Patent and Trademark Office’s Patent Trial and Appeal Board asking the Patent Office to initiate proceedings to invalidate the two Aker patents.

On 16 August, the Patent Trial and Appeal Board issued four separate decisions ruling that Rimfrost had established a “reasonable likelihood” that each of the 39 claims recited in both challenged Aker patents “are unpatentable.”

Remøy says that “the arguments presented by Rimfrost, and agreed with by the Patent Trial and Appeal Board, are not the only reasons the Aker patents are invalid and unenforceable. Rimfrost intends to vigorously pursue other challenges to the validity and enforceability of the Aker patents in the appropriate US Courts and the US Patent Office.”

Counsel for Rimfrost also points out that as a result of the US Patent Office instituting the Inter Partes Review proceedings in the Patent Office, Aker must now establish patentability before the Patent Trial and Appeal Board without the statutory presumption of validity provided by the US Patent Statute. Moreover, the Federal District Court can be made aware that the Patent Trial and Appeal Board initially believes a reasonable likelihood exists that every claim of the challenged Aker patents is not patentable.

“[The announcement] refers to a decision by the US Patent & Trademark Office to initiate a review of two of Aker BioMarine's patents. Aker BioMarine owns 100+ patents worldwide and oppositions and reviews are a normal part of owning and managing a patent portfolio,” Katrin Berntsen, Aker BioMarine Director Communication, tells NutritionInsight.

“In most countries, patent oppositions and reviews are automatically instituted if requested, but in the United States there is a preliminary patent office assessment based on the opponent’s arguments. This only constitutes the initiation of the review. An actual conclusion of these four patent reviews will normally take just over a year,” Bernsten adds.

Omega 3: A rich source of health benefits and NPD opportunities

11 Sep 2017 --- Omega 3’s benefits keep making the news in the world of nutrition, with the fatty acids’ tight connection to the healthy aging trend just one of the... Read More

27 Apr 2017 --- RIMFROST is set to expand its high quality krill oil with superior color and viscosity into China. The company has been successful in obtaining regulatory approval... Read More

Regulatory Approval in Brazil for Rimfrost AS