You are in : All News > Palm tocotrienol holds potential for brain health, study suggests 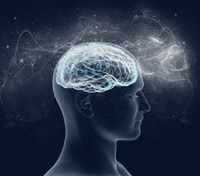 10 Jul 2018 --- Supplementation with palm tocotrienol improves behavioral and cognitive abilities in transgenic – genetically modified – Alzheimer’s mice, a joint study conducted by the National University of Malaysia and Shiga University of Medical Science, Japan has found. Tocotrienol has garnered wide attention as a potential therapeutic agent against neurodegenerative disease due to its potent antioxidant and neuroprotective properties, the study explains, but this is the “first” study to evaluate the effect of tocotrienol-rich fraction (TRF) – consisting of a mixture of vitamin E analogs – of palm oil on behavior and cognitive functions in Alzheimer’s mice.

Daily administration of Palm TRF and placebo respectively were carried out for ten months and all mice were subjected to behavioral tasks for 13 days.

To gauge the effect of the supplementation on the cognitive ability of the mice, they were measured by open field tests. The Morris water maze test showed whether Palm TRF did or did not enhance spatial learning and memory in the mice. Results showed that Palm TRF supplemented mice had improved spatial learning and memory while mice on the control exhibited impaired place navigation learning and spatial memory. Palm TRF was also able to prevent working memory deficit, as displayed in novel object recognition test.

The study identified that the majority of the metabolomics alterations in the mice occurred in the hippocampus region, with the most significant changes observed in the nucleotides, amino acids, and lipids. The alterations were then treated with Palm TRF treatment. As a result, 19 putatively identified metabolites involved in several metabolic pathways related to Alzheimer’s were modulated by Palm TRF, suggesting that the Palm TRF can alleviate the cognitive dysfunction from Alzheimer’s by protecting against metabolic disruption.

The findings of this study have been highlighted by ExcelVite, producer of natural full spectrum tocotrienol/tocopherol complexes, who supply a palm TRF supplemented named EVNol SupraBio:

“The results shown by Palm TRF in these AD model, tie into ExcelVite’s EVNol SupraBio that is formulated to specifically provide a bio-enhanced and optimum absorption of palm tocotrienols into the plasma. The accumulation of tocotrienols (Palm TRF) from the supplementation of EVNol SupraBio in the human brain has been proven in a ground-breaking human-tissue distribution trial conducted by Prof Chandan Sen, at the Ohio State University Wexner Medical Center. With more scientific evidence from various researchers worldwide (US, Japan and Malaysia), EVNol SupraBio is poised to be the next brain-protective ingredient for healthy cognition functions.” says Diyanah Roslan, Nutritionist at ExcelVite.

Roslan further tells NutritionInsight, “Neuroprotective benefits of palm TRF have been studied in the US, Malaysia and Europe for the past 19 years and because of this, the results are therefore not entirely surprising to us in ExcelVite.”

“The number of people who have Alzheimer’s disease is expected to increase worldwide and it is best if we could halt or slow down the progression of this disease from the very early stage. We are pleased to know Palm TRF is able to ameliorate brain abnormalities and behavioral changes caused by Alzheimer’s disease,” added Roslan.

NutritionInsight has previously reported on ExcelVite's potential for diabetes when researchers at the University Science of Malaysia found that a daily dose of EVNol SupraBio helped to relieve severe pain (lancinating pain) in diabetic neuropathy patients.

A team of researchers in the US is set to investigate the effect of benfotiamine – a synthetic version of thiamine vitamin B1 – as a metabolic treatment... Read More

A new commentary by the US-based Physicians Committee for Responsible Medicine sheds light on the lack of training physicians obtain in terms of nutrition – as not... Read More

A US study has revealed American River Nutrition’s annatto tocotrienol supplements may be able to keep bone loss at bay in post-menopausal women.

An amino acid combination called Amino LP7 can hinder the development of dementia, including Alzheimer’s disease. This is according to a study conducted by the... Read More