You are in : All News > Malnutrition among hospital patients frequently underdiagnosed and undertreated 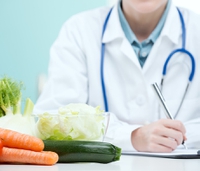 10 Jan 2018 --- Malnutrition among hospitalized patients remains a serious issue that has been underdiagnosed and undertreated for decades. It is estimated that nearly one out of five pediatric patients and one out of three adult patients aged 60 and older are malnourished. In the current issue of the Journal of the Academy of Nutrition and Dietetics, healthcare experts focus on the latest findings in hospitalized patients with malnutrition in the US and present data elucidating the extent of this serious healthcare issue.

Malnutrition is a major contributor to multiple morbidities, decreased physical and cognitive function and impaired quality of life, as well as increased hospital readmissions and overall higher healthcare costs. A 2012 consensus statement from the Academy of Nutrition and Dietetics and the American Society of Parenteral and Enteral Nutrition (ASPEN) has led efforts to improve the recognition, diagnosis and treatment of malnutrition in hospital settings. The consensus statement defined the current standard of care for assessing malnutrition based on the presence of at least two of the following clinical characteristics: insufficient energy intake, weight loss, loss of muscle mass, loss of subcutaneous fat, localized or general fluid accumulation and diminished grip strength.

Pediatric malnutrition is also underdiagnosed according to a team of clinicians and epidemiologists who analyzed 10 years of data from a nationally representative database of pediatric inpatient hospitalizations in the US to describe the prevalence, trends and short-term outcomes of children receiving a coded diagnosis of malnutrition. Of the 2.1 million pediatric patients hospitalized annually, more than 54,600 had coded diagnoses of malnutrition (2.6 percent). The prevalence increased from 1.9 percent in 2002 to 3.7 percent in 2011. Children with malnutrition experienced worse clinical outcomes, longer lengths of stay and increased costs of inpatient care.

The study points to discrepancies in coding, which highlight the need for improved nutrition education and awareness among healthcare providers, as well as the integration of registered dietitian nutritionists into multi-disciplinary acute care teams.

Malnutrition is present in 30 percent to 50 percent of hospitalized patients aged 60 or older, according to research led by Heidi J. Silver, PhD, MS, RDN, associate professor at the Vanderbilt Center for Human Nutrition at Vanderbilt University Medical Center, Nashville, TN. In contrast, only 11 percent of patients had a malnutrition diagnosis documented in the electronic health record by medical providers.

“Malnutrition in older adults most often goes unidentified, undiagnosed and untreated. This is partly due to the lack of training and education of healthcare providers in the clinical characteristics of malnutrition in today's adults, who may be overweight or obese but also malnourished,” explains Dr. Silver.

“Unfortunately, in today's adults, being overweight or obese masks the presence of malnutrition. It is important to understand that malnutrition contributes to immune system compromise, infections, poor wound healing and development of pressure sores, physical frailty and falls and fractures,” Dr. Silver says. “By improving malnutrition knowledge, diagnosis, intervention and the timeliness of these activities, we can prevent the serious consequences and burden of malnutrition on patients, caregivers and our healthcare system.”

18 Dec 2019 --- Greater public investment in agriculture and rural areas and improved quality of spending is needed to realize goals relating to food security and nutrition in... Read More