You are in : All News > Lallemand explores the possibilities for probiotics in sports nutrition

Lallemand explores the possibilities for probiotics in sports nutrition 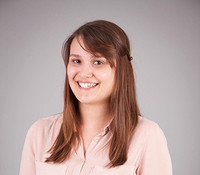 31 Jul 2017 --- Active in the probiotic industry since 1934, Lallemand Health Solutions (LHS) offers a full line of ready-to-market probiotic formulas and helps its partners design custom and complex formulations using Harmonium, Lafti or Rosell Probiotic strains together with its proprietary protective technologies. One of the company’s most recent areas of interest is the sports nutrition market. “Sports nutrition is a booming market and a very significant area for innovation. The range of products can be aimed at pre- and post-workout purposes, to support overall well-being as well as boost immunity,” says Lucie Lingrand, Product Manager at LHS, in an interview with NutritionInsight.

Probiotics can “complement the current range of sports nutrition options because they target overall well-being” and can thus help boost workout sessions but also help athletes avoid missing competitions due to fatigue or sickness, as well as respiratory tract infections, to which athletes are particularly sensitive, Lingrand says.

“Probiotics are a scientifically-backed solution to target immune as well as digestive issues in athletes,” Lingrand explains. “At LHS, we have two clinical studies on immunity in athletes, so we have conducted clinical trials which show that one of our strains of probiotics, which is called Lactobacillus helveticus Lafti L10, has a strong ability to boost the immune response in exercising athletes.”

The first study on probiotics and athletes (Clancy 2006) was conducted on two groups, one with well-trained athletes and a second with overtrained athletes. This was followed up last year by a randomized, double-blind and placebo-controlled new study. The new study’s main goal was to evaluate the physical, as well as the immunological, effects of Lallemand’s Lactobacillus helveticus Lafti L10.

According to Lingrand, the study sought to evaluate how supplementation during 14 weeks in winter can influence the severity and incidence of upper respiratory tract illness (URTI) in elite athletes. During this study, 39 elite athletes were randomized either to the placebo (n = 19) or the probiotic (n = 20) group. The probiotic group received L. helveticus Lafti L10.

The results showed that Lafti L10 significantly shortened the URTI episode duration and decreased the number of symptoms in the probiotic group, Lingrand explains.

Speaking about application forms, Lingrand says that the capsules are the most frequently seen when it comes to probiotics for sports nutrition. However, there are options for mixing probiotics with whey protein, which is a convenient way of incorporating probiotics into an athletic diet through, for example, protein shakes.

“The probiotic market for sports nutrition is really new, but for now the main application forms are capsules and powder,” Lingrand says.

Lallemand’s probiotic portfolio targets a far wider audience than just athletes, however. In recent months, the company's ProbioKid and its specific probiotic strains have been recognized as safe in the US and Canada. Confirming GRAS (generally recognized as safe) status, an expert panel has recognized that both the ProbioKid formula and its individual probiotic strains (Lactobacillus helveticus Rosell-52, Bifidobacterium infantis Rosell-33, Bifidobacterium bifidum Rosell-71) are safe for infants and children. This includes their use in infant formula.

This follows approval from Canadian authorities, which had already backed specific health claims, including the fact that it “Helps to reinforce the body’s natural defenses in children” for infants aged more than three months.

Speaking on the European market, Lingrand notes that “if you want to follow EFSA’s guidelines, some of the challenges include that studies need to be conducted on healthy populations,” which can make it tricky to prove certain health benefits of probiotics, depending on the goal of the study. However, the company remains active in its fields of research and in terms of conducting studies in line with the most recent guidelines, Lingrand adds.

Moreover, Lallemand Health Solutions has been conducting studies on combining probiotic strains. The company has also focused recently on the brain-gut axis, conducting a number of studies on the benefits of probiotics in dealing with anxiety.

Lallemand Bio-Ingredients (LBI) belongs to the group of Lallemand Inc., a privately-held Canadian company, founded at the end of the 19th century, which specializes in the development, production and marketing of yeasts and bacteria. Today, Lallemand is present through plants, distribution centers or representative offices in 40 countries on the 5 continents.

LBI develops, manufactures and markets high-value yeast products from Saccharomyces cerevisiae and Torula yeast, including whole cell nutritional yeast, yeast extracts and yeast derivatives. The LBI business unit was initially formed in 1987 and the first products consisted of those sold for baking, nutritional, food and animal health applications. The product line grew to include mineral- and vitamin-rich yeasts and derivatives (extracts and cell wall products).

Yeast is a unicellular fungus and even though botanically does not belong to the plant kingdom, from a nutrition and culinary perspective it fits in with the plant-based offer, including the suitability for vegan, vegetarian and of course flexitarian diets. Looking in depth into our portfolio, we could highlight different areas where we can support our customers to innovate and promote delicious plant-based meals. In the food industry we can use different yeasts. For inactivated yeast, Saccharomyces cerevisiae and Torula are the most commonly utilized. Whole cell inactive yeast and its derivatives, autolyzed yeast and yeast extracts, can add to the preparation of delicious plant-based meals by contributing with their multiple properties in different areas.

Health: Lalmin® mineral and vitamin yeasts are inactivated whole cell yeast products containing elevated levels of specific minerals and/or vitamins. Engevita® is a premium nutritional yeast which can contribute to your recipe or application in many ways for taste, texture and nutritional value. Yesto-Seal® are brewer’s yeast products which are specifically designed for tableting. All are suitable for plant-based applications

Industrial fermentation: Fermentation Nutrients Ingredients (FNI range) have been developed to boost the growth and yield in industrial fermentation. FNI products are mainly primary yeast peptone and autolysates which contain a high level of protein in the form of readily and easily assimilated amino acids and peptides.

Functional snacks are taking off, with consumers looking to their food for benefits such as immunity. In tandem, better-for-you snacks are appealing to health-conscious... Read More

With the long-anticipated 2020 Olympic Games now underway in Tokyo, Japan, sports nutrition is front of mind. New facets in this space like mental health are picking up... Read More

Consumer awareness and knowledge of immune and mental health has been accelerated by the COVID-19 pandemic. But the question that remains is: What is the key to overall... Read More