You are in : All News > Is the sugar tax in jeopardy? Industry concerns as UK spending review snubs key health policies 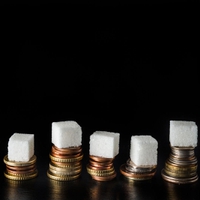 05 Sep 2019 --- In the midst of Brexit uncertainty and House of Commons chaos, the UK has received some insight into how the government will be spending its budget on public services – and there is no mention of key health policies. In his first Spending Review as Chancellor, Sajid Javid missed a key opportunity to demonstrate how government will be investing health policies moving forward, according to industry reactions. There are specific concerns regarding the omission of promise to continue the nation’s sugar levy – designed to slash obesity rates – and “under committing” on National Health Service (NHS) funding.

Yesterday’s Spending Review outlines the government’s allocation plans for 2020 to 2021. This year’s review only looked one year into the future, instead of the usual three, due to the uncertainties around the UK’s exit from the EU. Although hard-line Brexiteer Boris Johnson took the Prime Minister spot in July with a “do or die” stance toward Brexit, he has faced backlash from MPs across parties. Most recently, amid a set of turbulent days in the House of Commons, the government has said a bill to stop a no-deal Brexit will complete its passage through the House of Lords on Friday. Now, the government must stop shifting between its options of a deal, no-deal or “more time.”

Notably, Javid did not set out any reassurance that the levy on sugary soft drinks, which came into effect last April, would continue. The levy’s introduction is widely regarded as one of the flagship successes in the government’s Childhood Obesity Plan and has led to major reformulation in the soft drinks space.

Javid did not set out any reassurance that the levy on sugary soft drinks, which came into effect last April, would continue.The tax puts a charge on drinks containing 8g of sugar per 100ml and a lesser charge per liter on those with 5-8g of sugar per 100ml, directly payable by manufacturers to Her Majesty’s Revenue and Customs (HMRC).

When Johnson took office, however, many were wary of the future status of the levy due to his less-than-positive remarks on its future. At the time, he also promised a review of whether levies on foods high in salt, fat and sugar are effective.

“We’re profoundly disappointed not to get a clear reassurance from the Chancellor that the levy on sugary drinks will continue to deliver a direct dividend for children’s health. The tax has proved invaluable for schools and public health bodies since April 2018,” says Children’s Food Campaign Co-ordinator Barbara Crowther.

The levy has already removed an estimated 90 million kilograms of sugar from soft drinks, as companies reformulated drinks in order to reduce the amount they would have to pay. In May 2018, Public Health England (PHE) announced in the first assessment of the government’s sugar reduction program that sugar in soft drinks had fallen by 11 percent compared to an average of just 2 percent for other product categories covered by the voluntary sugar reduction programme.

“We have consistently been told by government officials that the Spending Round was the mechanism by which any further ring-fencing [delegation of funds] of an amount equivalent to the levy income would be confirmed. We will be continuing to argue for forthcoming Budgets to deliver on the government’s promise to make this money work for children’s health,” adds Crowther.

On a positive note, Crowther also explains that £12 million (US$14.7 million) a year will be channeled into a National School Breakfast Programme. It now feeds 280,000 children, as well as providing holiday food provision programs for vulnerable children. The £100m Healthy Pupils Capital Fund that operated in 2018/19 will also receive cash.

What about the NHS?The level of funding allocated to the NHS has also been lamented.
Although the Spending Review stated it will increase NHS spending by £6.2 billion (US$7.6 billion) next year and said there would be £210 million (US$258 million) for NHS staff, this only amounts to a third of what the NHS really needs. This is according to John Appleby of UK health think tank Nuffield Trust, who commented that it was a “sadly missed opportunity to reverse cuts.”

“With a dire staffing crisis, we came together with the other health think tanks to warn that the training budget needed to rise sharply this year. There is new money here, and it is welcome, but it amounts to only about a third of what we calculated was required,” he explains.

A bleak outlook on obesity?
At the time of Johnson taking office, a Green Paper was published that detailed health and prevention strategies and laid out several planned government initiatives.

These included banning the sale of energy drinks to under-16-year-olds, which came into force amid wide-spread industry support.

However, industry noted the general “slow response” of the government to health initiatives such as its Childhood Obesity Plan, and claimed that the paper did not give meaningful reassurance the government would place these initiatives high on its agenda moving forward.

With the announcement of the Spending Review, these concerns appear not to have been eased.