You are in : All News > Flying Embers and Reyes Beverage Group launch adaptogenic organic alcoholic kombucha line of beverages

20 Dec 2018 --- US beverage brand Flying Embers is partnering with beer distributor Reyes Beverage Group to launch a fermented alcoholic beverage line fortified with adaptogenic ingredients. The drink is fermented with a base of ginger, turmeric, astragalus and the increasingly popular adaptogen ashwagandha.

At 4.5 percent alcohol by volume, the Organic Hard Kombucha is made from a sparkling fermented tea kombucha culture.

The beverages are touted as containing live probiotic cultures, botanical adaptogens and functional wellness benefits. Available in a variety of flavors including Lemon Orchard, Ancient Berry and Ginger & Oak, the beverages are organic, vegan and gluten-free.

Adaptogenic herbs are used in traditional herbal medicine for their claimed ability to stabilize physiological processes and promotion of homeostasis.

“Flying Embers is the culmination of my knowledge of twenty plus years of fermentation and creating better-for-you beverages,” says Flying Embers Founder Bill Moses. 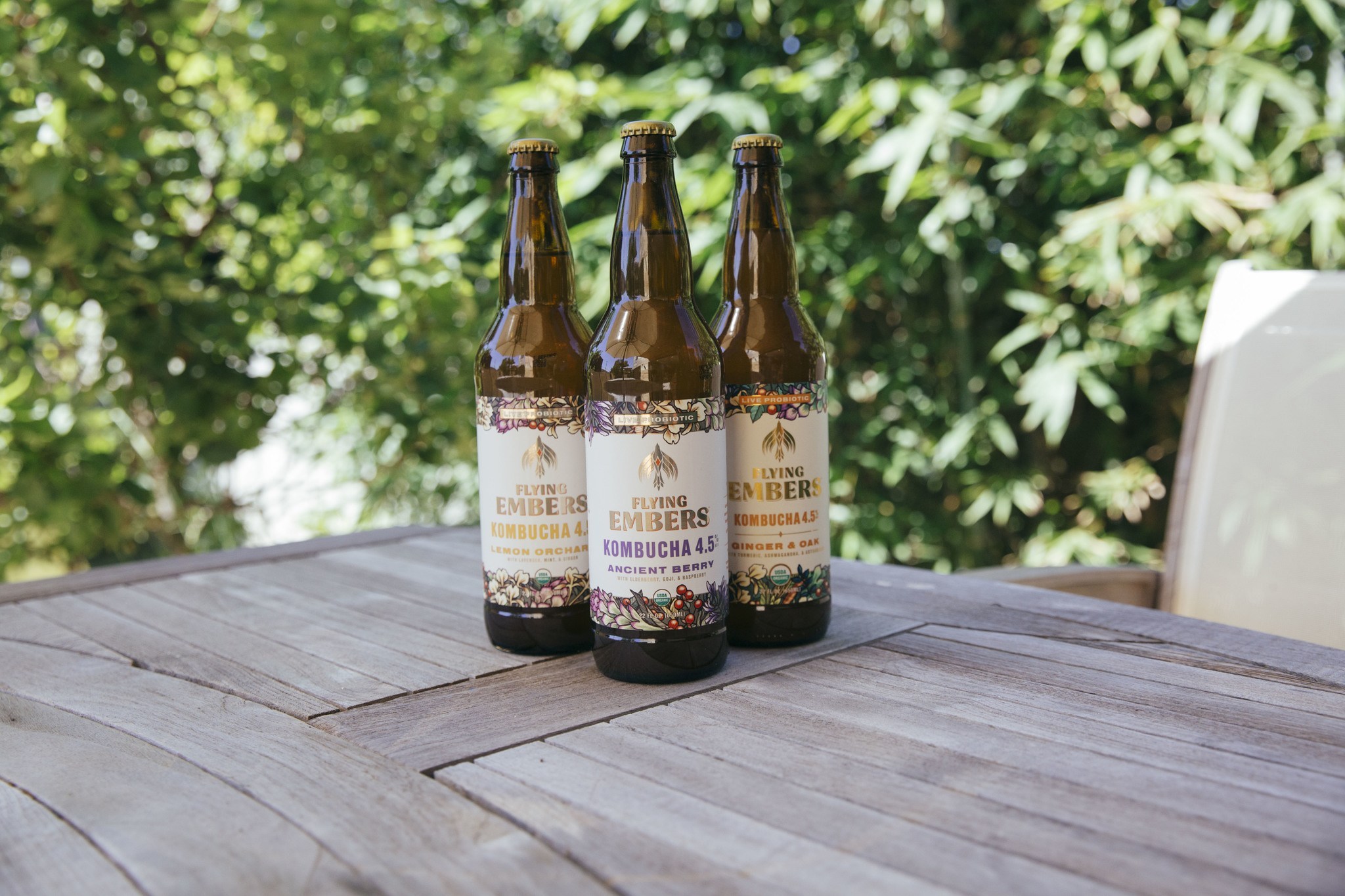 Click to Enlarge“I could not be more excited to bring forth a new and functional way to experience kombucha – in partnership with Reyes Beverage Group.”

The line of fermented drinks is available statewide in Southern California, in the form of consumer-friendly kegs as well as in bottles and cans.

Fitting in with the growing interest in fermented foods, which are widely seen as good for digestive health, kombucha drinks have been gaining traction for some time now.

Penetration is even higher in specific regions, such as North America, where it reaches over 21 percent and in Australia/NZ, at nearly 30 percent, albeit from a small base, Innova Market Insight reports.

The UK has also seen strong levels of activity. It is not a traditional market for iced tea, with the majority of consumers still preferring to drink their tea hot, but kombucha has nonetheless managed to gain a foothold, accounting for nearly one-third of iced tea launches, although penetration in Europe as a whole is less than seven percent.