You are in : All News > Evolva net loss narrows, on track to deliver on set targets 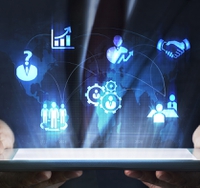 Recently appointed CEO, Oliver Walker said: “It is great to see Evolva’s transformation is delivering results. The increased focus on commercialization is visible in the doubling of our product revenues in the first half of the year. In this phase of Evolva’s development, we are now focused on accelerating our activities to further build Evolva into a customer-focused business. This is an important step in becoming a viable company with a predictable performance.”

“Nootkatone and valencene have further growth potential in Flavors and Fragrances, both in terms of new formulations and applications, created by our customers globally. But there are also additional geographical opportunities; we have for instance recently expanded into Asia and Latin America. On top of this, we have filed to register nootkatone for application in pest control with the US Environmental Protection Agency. In parallel, we are in active discussions with leading companies in that industry to pave the way for the product’s commercialization as a better-for-you and safe solution to protect people and pets against insects, such as the mosquitos that transmit Zika,” Walker tells NutritionInsight.

Walker took on the role of CEO from Simon Waddington last month but stressed that no dramatic shifts can be expected in the company operations going forward. “I may have been CEO for only a few weeks now, but I co-authored the transformation plan we initiated 12 months ago. So don’t expect dramatic shifts. Together with my COO, Scott Fabro, I will put even more emphasis on a customer focus as well as excellent and fast execution,” he adds.

In August 2017, Evolva announced a fundamental transformation plan which included a strategic focusing on our core products, the centralization of Research & Development (R&D) in Switzerland and a substantial headcount reduction across all functions. The major parts of the transformation are completed, full implementation to be expected by year-end. Evolva now enters the next phase of its development with a strong focus on commercial and operational activities.

In line with their objectives, Evolva’s operating expenses decreased by 25 percent to CHF16.7 million.

In line with their full-year guidance, product revenues doubled to CHF1.8 million in the first half of 2018. Both resveratrol and nootkatone maintained their strong growth momentum.

Revenues from R&D partner projects declined versus the first six months of 2017, in line with their strategy towards fully funded projects. A major part of revenues from R&D is derived from activities funded by US CDC/BARDA around the insect control application of our nootkatone product.

Manufacturing expenses rose, reflecting the increase in sales volume of resveratrol and nootkatone, but at a lower rate than corresponding product sales.

R&D expenses amounted to CHF9.7 million in the first half of 2018, down 28 percent on last year, reflecting the impact of the restructuring described above.

The main movements in the balance sheet were related to their stevia project. After the conclusion of the new agreement with Cargill, future income from the EverSweet product will have the character of a royalty stream. The new agreement limits their obligations to Cargill to CHF17.2 million, which is reflected as an investment under intangible assets. Of the total, CHF6.8 million was settled in the first half year 2018. The remaining obligation is reported as a short-term liability and due within the next 12 months. In addition, Evolva has recognized CHF1.2 million development costs related to work on the EverSweet sweetener.

In terms of the outlook for 2018. “Our nootkatone and resveratrol products are maintaining their growth momentum. Given the increasing number of product applications, geographical market approvals and commercial initiatives, we expect our product revenues to continue its current growth trend. In addition, we expect to see first royalty income from EverSweet product sales, albeit modest, in 2018. Revenues from non-core R&D partner projects will continue declining in 2018, in line with our strategy of focusing on internal projects.”

“The cost savings we implemented since August 2017 are clearly becoming visible in the financial result. Overall, we expect to reduce the loss in 2018 following the full implementation of the restructuring,” the statement notes.

COO Scott Fabro concludes “Evolva’s product sales are on track to our plan and we look forward to a continued growth trend throughout 2018 and well into the future. We are excited that the first orders of the EverSweet sweetener have been shipped and look forward to an acceleration in 2019.”