You are in : All News > Equol May Offer Heart Protective Benefits, Yet Only 20-30% of People in Western Countries can Produce it

Equol May Offer Heart Protective Benefits, Yet Only 20-30% of People in Western Countries can Produce it 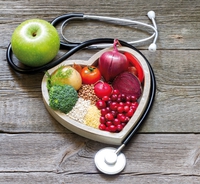 22 Feb 2017 --- Being able to produce equol, a substance made by "good" gut bacteria when they metabolize micronutrients found in dietary soy (isoflavones), has been linked to providing protective benefits of the heart. However, new research shows how only 20-30% percent of people in Western countries can produce the substance, compared with 50-60% in Asian countries.

The study from the University of Pittsburgh Graduate School of Public Health found that Japanese men who are able to produce equol have a lower risk for heart disease than their counterparts who cannot produce it, according to the research published in the British Journal of Nutrition.

“Scientists have known for some time that isoflavones protect against the buildup of plaque in arteries, known as atherosclerosis, in monkeys, and are associated with lower rates of heart disease in people in Asian countries,” said senior author Akira Sekikawa, M.D., Ph.D., an associate professor of epidemiology at Pitt Public Health.

“We were surprised when a large trial of isoflavones in the US didn't show the beneficial effects among people with atherosclerosis in Western countries. Now, we think we know why.”

Sekikawa and his colleagues, who include scientists in Japan, recruited 272 Japanese men aged 40 to 49 and performed blood tests to find out if they were producing equol.

After adjusting for other heart disease risk factors such as high blood pressure, cholesterol, smoking and obesity, the team 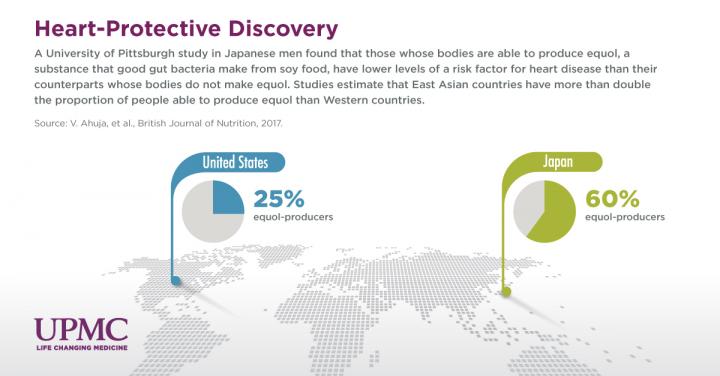 Click to Enlargefound that the equol-producers had 90-percent lower odds of coronary artery calcification, a predictor of heart disease, than the equol non-producers.

The daily intake of dietary isoflavones - found in traditional soy foods such as tofu, miso and soymilk - is 25 to 50 milligrams in China and Japan, while it is less than 2 milligrams in Western countries.

Available as a dietary supplement, equol is currently most widely used for treating symptoms of the menopause. Consuming the supplement bypasses the need for gut bacteria to produce it - however no clinical trials have been performed to determine a safe dosage for heart protective effects, or if it even does provide such protection.

The findings may spark good news for supplement companies operating in Western countries.

According to Innova Market Insights data, the percentage of US supplement launches featuring a heart health claim rose from 25% in 2015 to 33% in 2016, illustrating that the US market is a growing one. The same trend was seen in Canada, with a growth of 5.6% YOY.

However, Sekikawa says that despite the findings, he does not recommend that consumers start taking equol to improve their heart health, unless advised by their doctor.

"Much more study is needed,” he said.

Sekikawa and his team are pursuing funding for a much larger observational study to expand on their findings and eventually a randomized clinical trial to examine the effect of taking equol on various medical conditions and diseases.

“Our discovery about equol may have applications far beyond heart disease," said Sekikawa.

"We know that isoflavones may be associated with protecting against many other medical conditions, including osteoporosis, dementia, menopausal hot flashes, and prostate and breast cancers.”

“Equol may have an even stronger effect on these diseases."

To contact the editor of this article, email hannah@cnsmedia.com

01 Jun 2021 --- Vitamin D deficiency may contribute to the serious falls injuring 100,000 elderly people each day, according to a new resource by the International Alliance of... Read More

20 May 2021 --- South Korea-based supplement manufacturer Cosmax Bio is tapping into the growing market for digital device-induced eye fatigue for young and old with its clinically... Read More